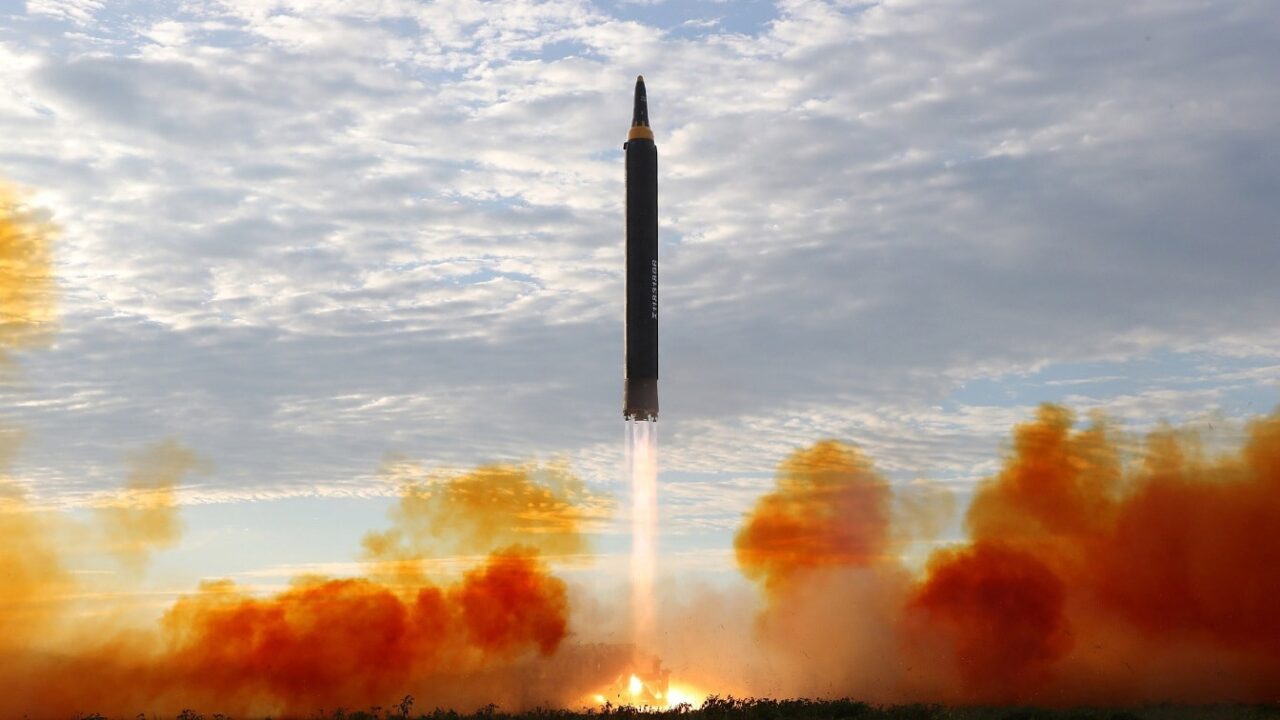 Iran’s progress towards an ICBM. How close are they? – Iran possesses the largest and most diversified ballistic missile arsenal in the Middle East. While this threshold certainly poses a significant threat to its neighbors, Iran’s capability to produce an intercontinental ballistic missile (ICBM) is not entirely on the imminent horizon. However, the tremendous improvements to Iran’s weapons’ lethality and precision in the last decade should warn that the regime’s ambitions are not limited. The current state of Iran’s ICBM progress is better dissected in three parts- the Iranian Revolutionary Guard Corp. (IRGC) space program, collaboration with North Korea, and proxy warfare in the region.

Amidst the joint U.S.-Iran nuclear talks in Vienna this February, Iran unveiled its Khaybar Sheikan missile. With a reported range of 1,450 kilometers, this weapon could reach both U.S. bases in the region and Israel. A month earlier, Iran tested an engine for a solid-fuel rocket needed to launch satellites. The pure solid-fuel rocket design typically corresponds to ballistic missile systems. While these developments have been showcased publicly, the extent of Iran’s weapons programs is likely underground or hidden.

The unveiling of the new Khaybar Sheikan missile fell close to the anniversary of Iran’s “National Space Technology Day,” which commemorates the 2009 launch of its domestic-grown liquid-fuel Safir rocket. Based on North Korea’s Nodong liquid-fuel rocket, the Safir was ultimately intended to carry nuclear weapons. While technical issues and challenges with the Safir have minimized its significance, Iran’s space program has become more alarming in recent years.

In April 2020, Iran launched its first successful military satellite, Noor-1 (“light”), carried by its own Qased three-stage space launch vehicle (SLV). This launch marked a turning point in Iran’s weapons development program for two reasons. First, Noor-1 was launched in coordination with the IRGC military space program. All space launches up this point had been carried out by the Iranian Space Agency, so the military’s coordination with the launch indicates broader resources are being poured into this sector. Second, the launch displayed a solid-fuel capability that could make Iran’s ballistic missile designs more lethal and sophisticated in the future.

Advancements in Iran’s space program could correlate to its potential ICBM capabilities in the long run. The regime’s long-range missile designs will use the technology developed in its solid-fuel space programs to build launch vehicles and the guidance system for targeting and navigation. While inserting a satellite into orbit suggests a decently sophisticated guidance system, the successful reentry and warheads targeting is another matter.

While Iran’s exact progress in ICBM development cannot be characterized due to its lack of transparency, the state’s extensive proxy activities showcase its reliance on missile and rocket technology. Iran serves as a prominent hub for weapons proliferation, supplying militias and proxy groups all over the region with a constant flow of missiles and rockets. While Yemen’s Houthi rebels have been equipped with increasingly advanced ballistic and cruise missiles in recent years, Iraq’s Shiite militias have received explosive-laden drones and rockets.

Iran relies heavily on its missile and rocket development programs to maintain its position as the largest proliferator in the region. The regime’s prioritization of its weapons arsenal, covert activities, and advancing space program indicate while Iran’s ICBM capabilities may not be an imminent threat, it is certainly the regime’s ambition. Currently, Iran doesn’t possess any nuclear warheads, let alone those capable of use on an ICBM, but they are closing in on a viable warhead. If Iran takes a year after its nuclear breakout time to create a bomb, the regime would undoubtedly pour much of its resources into ICBM development to create a capable delivery system for their weapon.