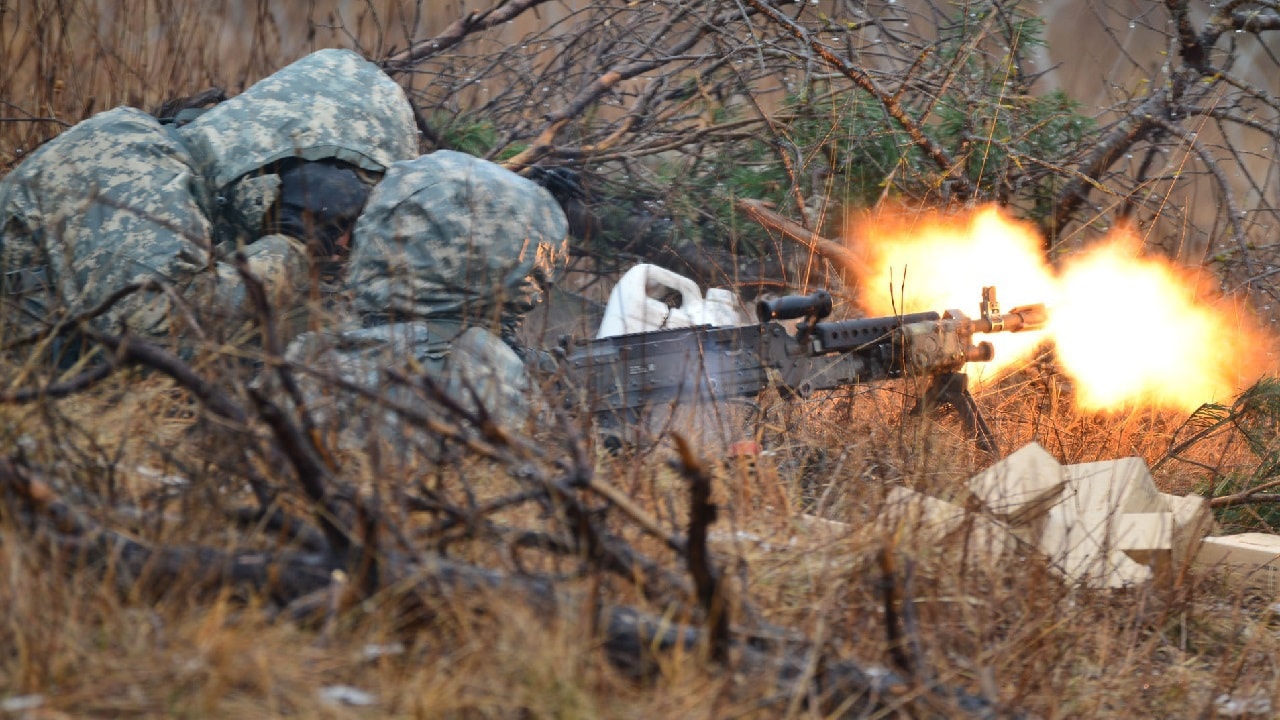 This was a machine gun I had first-hand experience with in the US Army and found it a strong weapon of choice for any combat situation: An American light infantry platoon is just that. It’s light, lethal, agile, and easily transported by airplanes or helicopters. It relies on the prowess of individual soldiers using rifles in concert to execute battle drills it knows by heart in fire teams or squads. Weapons are advancing with the Sig Sauer 6.8 mm Next-generation Squad Weapon (NGSW) slated to replace the M4 Carbine and M249 SAW. But the NGSW is not battle-tested. And, while the Army has indeed settled on Sig Sauer as the future of the US Army’s small arms and even ammo, those weapons are years away.

So, what weapon do the infantry platoon leader and company commander like best? Usually, it is the most casualty-producing weapon in each platoon – the M240B machine gun.

The M240B is chambered in 7.62 x 51 mm with a long-range penetrating ability – believed to have more stopping power than the 5.56mm round of the M4 and M249 SAW. The medium machine gun has been around since 1977 as a replacement for the M60 machine gun of Vietnam lore, and it has served the rifle platoons in the Army and Marine Corps admirably in numerous wars and deployments.

Used Across the Military

The M240B is not only employed by rifle platoons, but it has seen action with gunners on helicopters and on various vehicles. The Air Force and Navy even put it to good use.

The machine gun can be bipod or tripod. It is “belt-fed, air-cooled, gas-operated, fully automatic machine gun that fires from the open bolt position,” according to Military.com. This is also known as a long-stroke gas piston system. It has an overall length of 50-inches with a 25-inch barrel. It weighs just under 28-pounds.

This is a fully-automatic gun that can adroitly send major numbers of rounds down-range. The M240B has a maximum rate of fire of 950-rounds per minute with a cyclic rate of 550 to 650 rounds per minute with a max range of 800 to 1800 meters (depends on setup). It comes with an extra chromium-plated barrel that is easily replaced when needed so no barrels melt down. It has a Picatinny rail system for accessories such as sights and suppressors.

The gun has many fans. Former marine infantry machine gunner Travis Pike has fond memories of the M240B.

“My team leader used binoculars to walk me onto the target. Once we were on target, we laid down hate and discontent. Lots of our ranges offered a multitude of reactive targets that fell when hit. We had zero issues hitting these man-sized targets at 300- to 500-yards with just a few bursts. Not to brag, but on one range, my team was so efficient with hitting targets our maneuvering riflemen had nothing to shoot,” Pike wrote in a review in Pew Pew Tactical.

When I first fired the M240B I was in love. The gun had a great feel and accuracy. There was a learning curve when firing from a tripod – that took some practice, but the range was fantastic. I was even told by some soldiers that it could serve as a sniper rifle in a pinch due to the long-range. The tracers can definitely help you zero in on a target.

The Army has given mixed signals about the future of the M240B. On one hand, it has discussed replacing it. The gun admittedly is on the old side. But the DOD has also given FN American an extended contract for new variants, parts, and accessories for the M240 models.

Let’s hope the M240B continues to be a mainstay in the army or marine rifle platoon. It will be a loyal companion to the NGSW and should make officers, noncommissioned officers, and machine gunners happy for a long time.