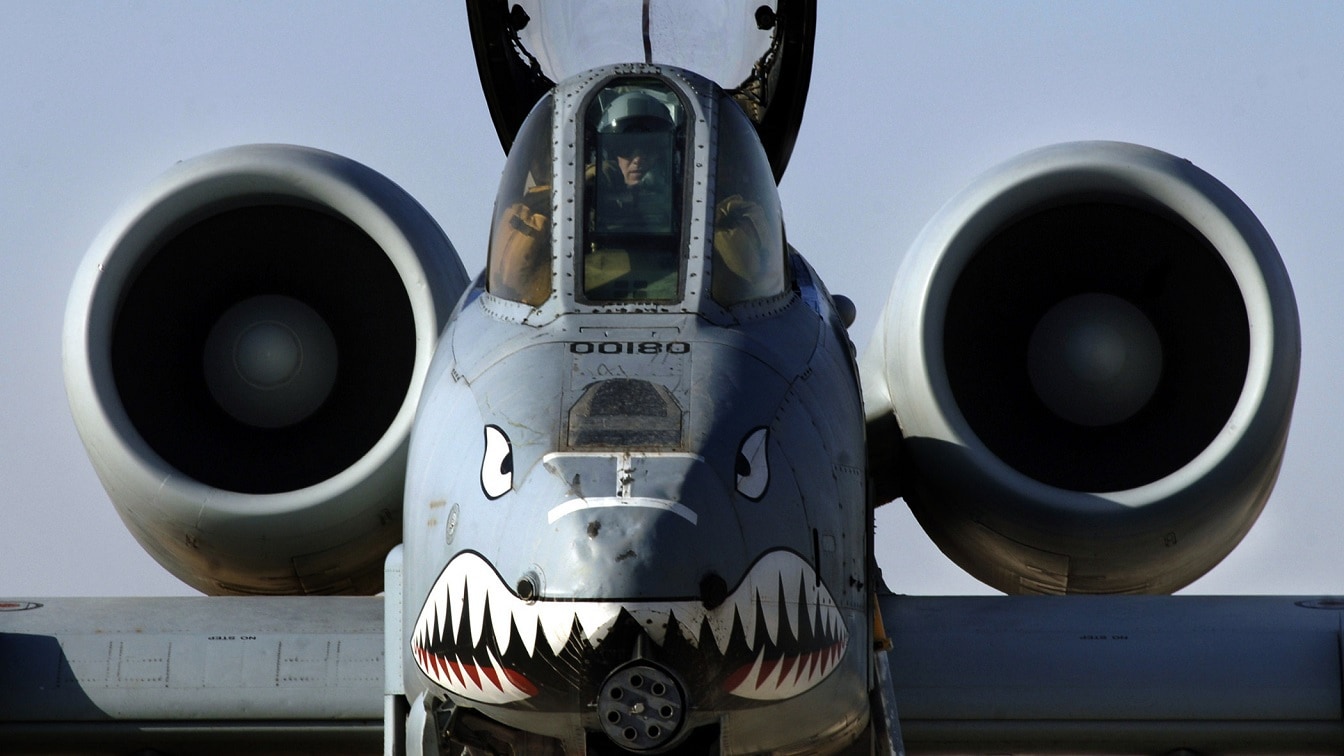 Happy 50th BRRRT-Day to the A-10 Warthog  – On 10 May 2022 (1 week ago today as I type these words), the Fairchild Republic A-10 Warthog (officially the Thunderbolt II, named for the original P-47 Thunderbolt of WWII, which was flown by America’s top two highest-scoring air aces of the European Theatre, Francis “Gabby” Gabreski and Robert S. “Bob” Johnson) celebrated her 50th birthday, or as its pilots & crew chiefs (such as the Idaho Air National Guard’s 124th Fighter Wing) and legions of fans prefer to say, its 50th “BRRRT-Day,” in humorous and reverent homage to this golden warbird’s most salient—not to mention deadliest—feature, its tank-busting 30mm cannon.

So then, let’s examine just what makes this particular Birthday Girl so special.

The A-10 Warthog Wayback Machine

To give readers a sense of historical perspective about the Warthog’s roots, as noted by Guns.Com columnist Chris Eger, “Nixon was in office, Roberta Flack’s ‘First Time Ever I Saw Your Face’ was on the top of the charts – which is a beautiful coincidence considering the love the public has for the A-10 – and a gallon of milk cost 52 cents.”  Moreover, at this time, the Soviet Union possessed roughly 50,000 tanks, while the American M1 Abrams main battle tank (MBT) was still eight years away from debuting. Though Dick Nixon’s détente policy was already underway, the fear of the USSR sending its massed troop and tank formations through the Fulda Gap still weighed heavily on U.S. policymakers’ minds. Therefore, the need for a tank-killing close air support (CAS) platform like the A-10 was genuine.

With 20/20 hindsight, we know now that the dreaded WWIII scenario never happened, thanks to, among other things, Nixon’s aforementioned détente, the Reagan Doctrine of rollback, and Mikhail S. Gorbachev’s glasnost and perestroika. However, even before the Cold War officially ended, the Warthog would still get her baptism of fire on a far different battlefield than its designers originally envisioned: the desert sands of Iraq and Kuwait.

The A-10 Warthog was officially “blooded” during Operation Desert Storm in 1991, destroying more than 900 Iraqi tanks, 2,000 other military vehicles and 1,200 artillery pieces.  Two particular A-10A pilots, then-Captain Eric Solomonson and Lieutenant John Marks of the 76th Tactical Fighter Squadron/23rd Tactical Fighter Wing set a record of sorts by killing 23 of Saddam Hussein’s tanks in a single day!  Moreover, as I noted in my piece on the J-20 last week, during that same conflict, the Warthog laid claim to the last known air-to-air gun kill (as opposed to a missile kill) in aviation combat history. Thus the living legend of the Warthog was born and cemented.

What makes the Warthog so deadly? Well, for starters, there are the AGM-65 Maverick missiles. Still, more significantly, there’s that aforementioned “BRRRT” factor, the GAU-8A Avenger cannon, a 30mm electric Gatling gun that delivers seven times the ballistic energy per round as the 20mm M61 Vulcans carried by other U.S. warplanes, doling out its deadly depleted uranium shells at a buzzsaw-like 4,200 rounds per minute.  Yes, the airplane is built around the gun.

Since then, the A-10 has served with distinction, from Bosnia to Kosovo to Afghanistan to Libya to Iraq Part Deux (Operation Iraqi Freedom). And while the Warthog drivers in these latter conflicts may not have racked up the MBT kill tally that their Desert Storm predecessors did, they certainly added to the other aspect that makes the beast so legendary: its incredible durability and survivability.

To cite just one example, then-Captain (now retired USAF Colonel) Kim “K(iller)C(hick)” Campbell, during a mission over downtown Baghdad on 07 April 2003, was hit by enemy ground fire that completely knocked out her airplane’s hydraulics and damaged one engine, in addition to disabling the flight controls, landing gear & breaks, and horizontal stabilizer, not to mention leaving hundreds of holes in the airframe. Amazingly enough, Campbell was able to put the plane into manual reversion and fly the crippled Hog safely back to base an hour away. For her heroic actions, she was awarded the Distinguished Flying Cross.

Given this fantastic track record of being able to take punishment and dish it out, it is no wonder that many experts are decrying efforts to phase out the A-10. We can only hope that these voices of reason will be heeded by the senior decision-makers in the Pentagon.

Time will tell, but in the meantime, once more for good measure, Happy BRRRT-Day, A-10 Warthog.