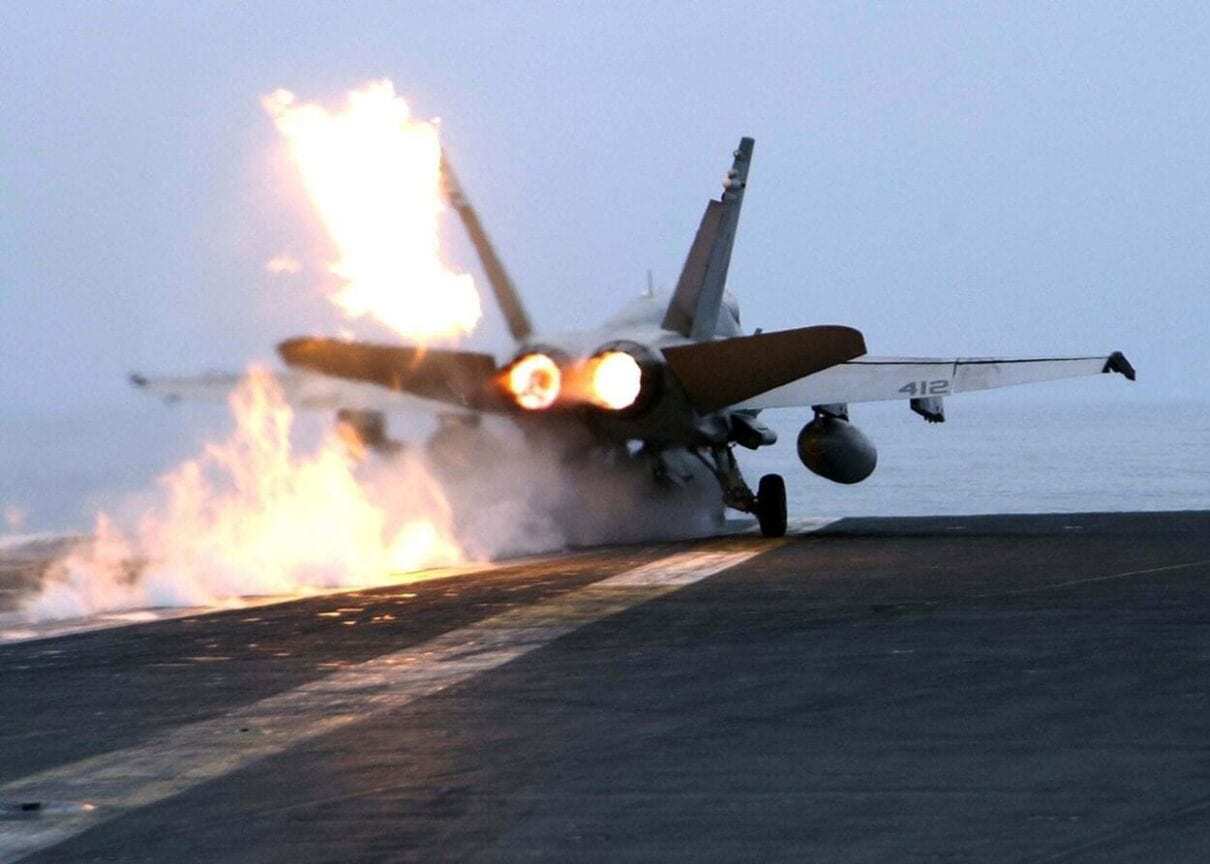 A U.S. Marine Corps F/A-18C Hornet launches with after burners aglow from the flight deck of the aircraft carrier USS Abraham Lincoln (CVN 72) operating in the Pacific Ocean on Sept. 15, 2004. The Hornet is with Marine Fighter Attack Squadron 232.

Valiant Shield 22, Explained – As tensions with China over Taiwan continue to build, the U.S. military is holding a large-scale training event in the Indo-Pacific with an eye toward Beijing.

The drill has everything. From F-35 Lighting II stealth fighter jets to carrier strike operations to antisubmarine warfare to cyber and space warfare, Valiant Shield 22 is one of the biggest maritime and aviation exercises in the Indo-Pacific.

From June 6 to June 17, the U.S. Navy 7th Fleet, which is responsible for the Indo-Pacific area of operations, is holding the Valiant Shield 22 exercise in Guam, the Commonwealth of the Northern Mariana Islands, Palau, and at sea around the Mariana Island Range Complex.

“VS22 is a U.S.-only, biennial field training exercise (FTX) focused on the integration of joint training in a multi-domain environment. This training builds real-world proficiency in sustaining joint forces through detecting, locating, tracking, and engaging units at sea, in the air, on land, and in cyberspace in response to a range of mission areas. Exercises like VS22 allow forces across the Indo-Pacific the opportunity to integrate Navy, Marine Corps, Army, Air Force, Space Force, and Special Operations to train in precise, lethal, and overwhelming multi-axis, multi-domain effects that demonstrate the strength and versatility of the Joint Force,” the U.S. Navy 7th Fleet said in a press release.

In addition to the two aircraft carriers, the USS Tripoli amphibious landing ship, the I and III Marine Expeditionary Forces, the Air Force’s 36th Wing, and the 94th Army Air and Missile Defense Command (AAMDC) are participating in the training event.

Exercise Valiant Shield first began in 2006, and this is the ninth iteration of the large-scale drill.

“VS22 FTX prepares the Joint Force to rapidly respond to crises and contingencies across the spectrum of operations from humanitarian assistance and disaster relief to armed conflict. VS22 assists U.S. forces in developing regional and global power projection capabilities. Integrated training provides a full range of options to succeed in defense of U.S. interests and those of its allies and partners around the world,” the U.S. Navy 7th Fleet added.

Exercises like Valiant Shield 22 offer realistic opportunities to test and develop concepts and tactics, techniques, and procedures to be used in real combat.