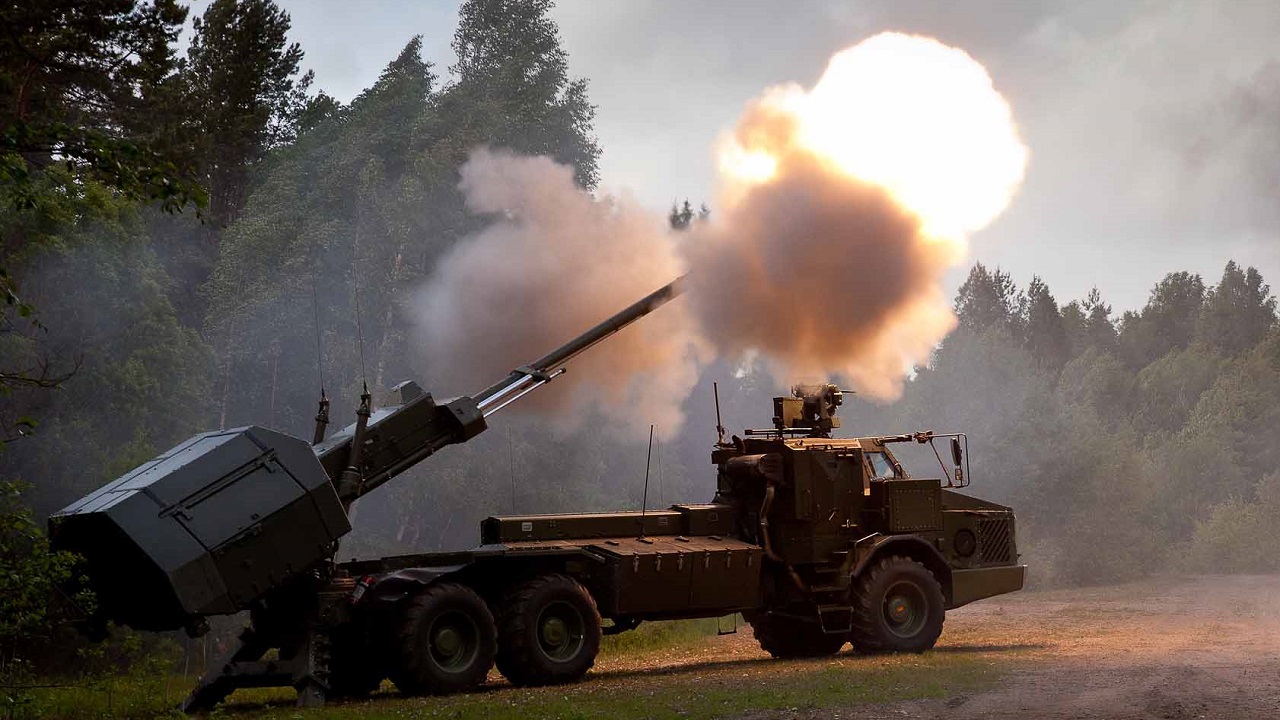 How about a self-propelled artillery system that can travel 56 miles per hour and start firing 20 seconds after it has stopped moving? That’s what the manufacturer of the Archer truck-mounted howitzer claims its gun can do. Sweden was so impressed that it just inked a deal on June 15 in which they purchased 24 additional Archer systems as part of its latest defense strategy to protect the homeland against an aggressive Russia and to add to its capabilities if it joins NATO.

Sweden Is Fired Up

The buy from BAE System Bofors at the Eurosatory Defense and Security Expo in Paris will be a welcome addition to Sweden’s artillery arsenal. The Archer is a 155mm howitzer that gives power, speed, and accuracy to the Swedish military. The Nordic country has been fielding the Archer since 2015 and it counted 48 systems as part of the fleet. Those early versions are mounted on a Volvo 6X6 truck. The new Archers will be carried by a Rheinmetall MAN Military HX2 8×8 chassis.

The great thing about the Archer is that it can shoot M982 Excalibur 155mm extended-range rounds that are guided by GPS. The shell is jam-resistant with only a 6-foot miss distance regardless of range. The Excalibur travels up to 37 miles.

The Archer can launch 20 rounds in 2.5 minutes and when it comes time to fire a salvo, it can send three rounds down range in 15 seconds. The truck can stop moving and begin a fire mission in 20 seconds and then after another 20 seconds the three-man crew can have it mobile again – scooting to its next launch zone to engage another target.

It Can Be Standardized on Various Trucks

The Archer was introduced to international customers aside from Sweden in 2019. One of the Archer’s selling points is its modular system. The gun can be added to a truck chassis that already exists in a country’s inventory. BAE Systems says it is easy to operate, and new users can be trained on its use quickly.

The Archer has improved its automated technology suite over the years. “We could take all the calculations normally carried out remotely and manually at a fire direction center and put them into the gun. Suddenly, the gun could operate more or less by itself. That was an important system-level innovation,” Archer program manager Mikael Take said.

Archers to Ukraine? Not Yet

There have been some reports that Sweden could offer a few Archers to Ukraine, but nothing has been officially confirmed on a deal of that nature from the Swedish government. The Archer is also a top-two finalist to become the new artillery system for Switzerland. The U.S. Army even put the Archer to a test at Yuma Proving Ground in New Mexico last year. But it doesn’t look likely to add a new artillery system from an overseas vendor at this time.

The Archer is an exciting system and BAE says that even more countries have been enquiring about ordering the system after Russia invaded Ukraine. Its capabilities are impressive, especially the speed of the truck and efficiency of operation. Ukraine could make good use of it, although Sweden has not offered any type of advanced weapons system to Kyiv. Stockholm is focusing more on individual equipment for Ukrainian soldiers. Meanwhile, Sweden should have an impressive weapon system for its ground forces as the transition to NATO membership continues.

In this article:Archer, Artillery, Russia, Ukraine