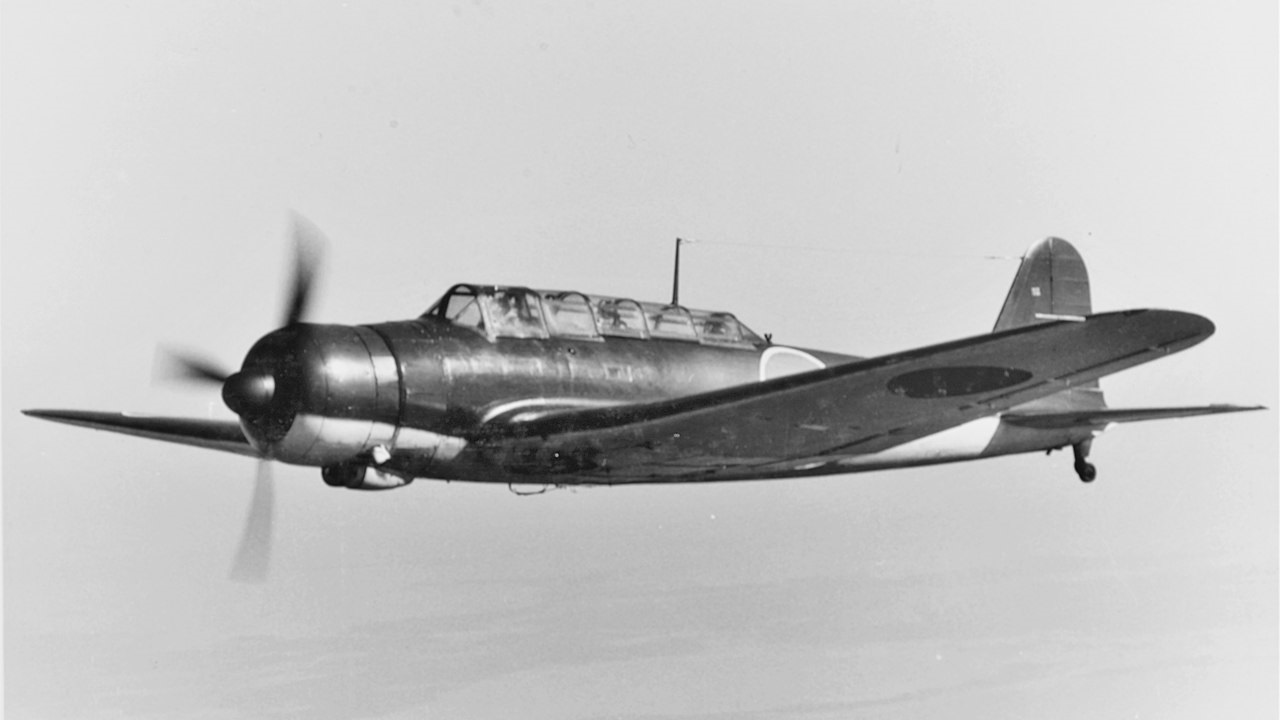 Nakajima B5N, Explained – Earlier this month, I wrote a three-part series for 19FortyFive commemorating the 80th anniversary of the Battle of Midway. One of the installments in this series focused on the American warplanes that won the battle, whether directly, i.e. the Douglas SBD Dauntless dive bomber, or indirectly, i.e. the beleaguered TBD Devastator torpedo bomber. But for the sake of being “fair and balanced” – to borrow the Fox News slogan – and being ever mindful of the truism that “the enemy also gets a vote,” the warplanes on the losing side of the battle merit further examination as well. After all, even in defeat, these planes and their crews still put up a hellacious fight. A prime example was the Japanese Nakajima B5N “Kate” torpedo bomber.

The B5N was manufactured by the Nakajima Aircraft Company (Nakajima Hikōki Kabushiki Kaisha), which also manufactured some top-notch Japanese fighter planes of WWII such as the Ki-43 Hayabusa (“Peregrine Falcon;” Allied codename “Oscar”), and the Ki-84 Hayate (“Gale;” Allied codename “Frank”); the latter was Japan’s fastest single-engine figure of the war. The Nakajima name received some notoriety with American moviegoing audiences, thanks to no less than “The Duke” in the 1942 John Wayne film Flying Tigers. Today, Nakajima is known as the automotive manufacturer Subaru, which two or three of you folks out there may have heard of.

The “Kate” in particular made her maiden flight in January 1937 and was already nearing obsolescence by 1941, but still proved deadly effective and remained in service for the duration of the Second World War. The plane had a three-man crew: pilot, navigator/bombardier-observer, and radio operator/gunner. Typically the warbird’s payload consisted of the Type 91 torpedo, which had a 1,080-lb (489.8 kg) warhead and zipped through the water at an incredible 48 knots. Alternatively, depending on mission needs, this Nakajima plane could be outfitted with 1,763 pounds (800 kg) worth of bombs. For self-defense against marauding enemy fighters, the plane’s rear gunner had a 7.7mm (.303 caliber) Type 92 “Woodpecker” machine gun at his disposal. Some (though not all) B5N1 variants also had two 7.7mm Type 97 machine guns in the wings.

“Kates” saw their first action in the Second Sino-Japanese War, but it was on the “Day of Infamy” at Pearl Harbor that the plane truly established its destructive reputation. One of the B5N2s involved in the raid, tail code AI-301, carried Captain Mitsuo Fuchida, the commander of the strike. Another “Kate” was credited with the sinking of the battleship USS Arizona, as the plane’s ordnance caused a catastrophic explosion of the ship’s forward magazines. One month before Midway, during the Battle of the Coral Sea in April 1942, the Nakajima torpedo bombers played a key role in the sinking of the aircraft carrier USS Lexington.

After the initial loss of the aircraft carriers Akagi, Kaga, and Sōryū on June 6, 1942, the remaining Japanese carrier, the Hiryū (“Flying Dragon”) launched 10 “Kates” – in tandem with 18 Aichi D3A “Val” dive bombers – against the American carrier fleet. Five of the torpedo bombers were shot down in the process, but two of the surviving warbirds scored hits on the carrier USS Yorktown. The torpedo strikes in and of themselves weren’t sufficient to actually sink the carrier, but they damaged three boilers and knocked out all electrical power. Along with three bomb hits scored by the “Vals,” left “the Fighting Lady” dead in the water, soon to be finished off by the IJN submarine I-168.

Nakajima B5N – Where Are They Now?

A total of 1,1,49 B5N’s were built between 1937 and 1943. Zero (bad pun intended vis-a-vis Japan’s famous Mitsubishi fighter plane that typically escorted the “Kates”) of them survive intact today. The remains of one are on display, appropriately enough, at the Pacific Aviation Museum in Honolulu, Hawaii. The other carcass can be viewed at the Wings Museum in Balcombe, West Sussex, UK.