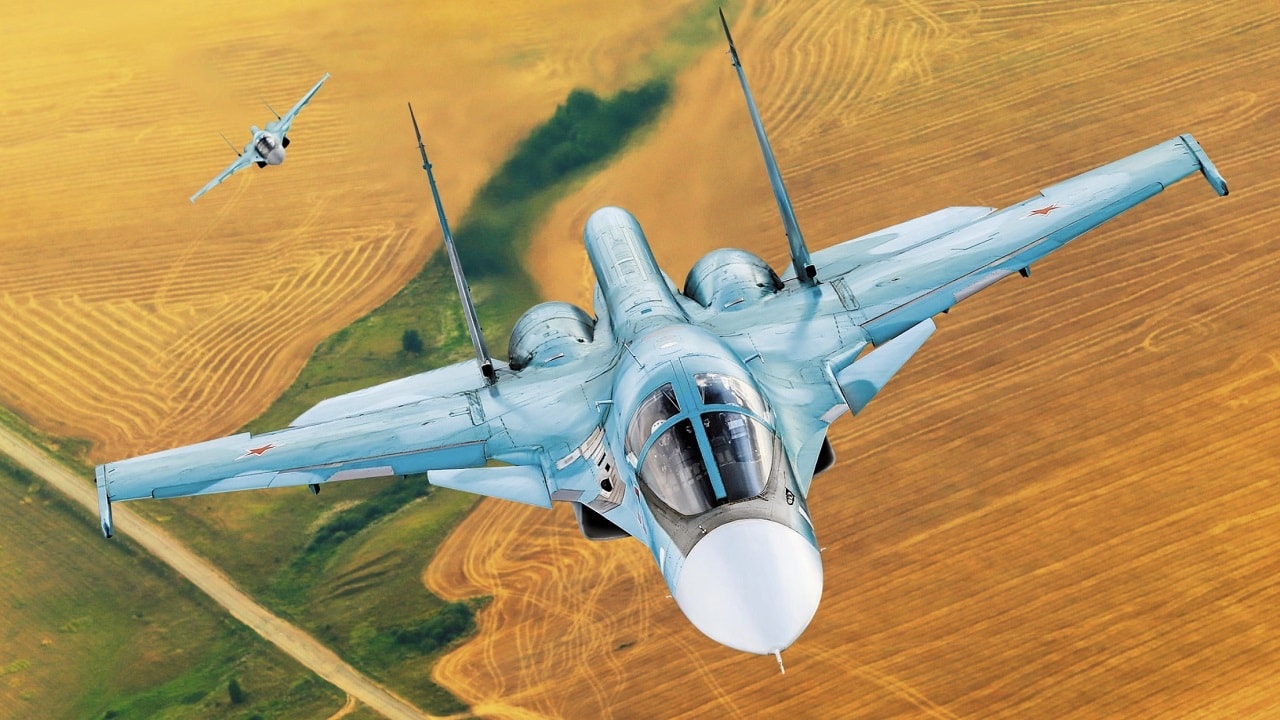 What is up with the Russian air force? It has a quantitative and qualitative advantage in airplanes – plenty of modern fighters and powerful bombers (almost 4,000 altogether). Vladimir Putin and his generals thought that Russian warplanes would make mincemeat of the Ukrainian air force and destroy multiple targets on the ground to achieve air superiority in a matter of days. It’s been months since the invasion, and we still don’t have much evidence that Russia can dominate the skies like they thought they could.

What Has Kept the Russian Air Force From Delivering the Goods?

Russia was supposed to destroy Ukrainian surface-to-air missile systems in the opening days of the war to create initial separation and safe flying for its airplanes. This didn’t happen. It was supposed to be shock and awe but early attacks accomplished little. And Russian ground forces suffered from a lack of close air support, especially when it came to saving tanks and armored personnel carriers traveling in long columns. The Bayraktar TB2 drone took over and Ukrainian fighters bombed Russia’s armor to great effect.

Stay Away and Fire from Long-range

Generally, the Russian airplanes are flying out of range of Ukrainian air defenders and firing standoff guided munitions that are not really changing the status of the war, according to British Military Intelligence.

They Are Running Out of the Best Weapons

They may have achieved some superiority over the Donbas region, but Justin Bronk, writing in RUSI.org doesn’t think this will be a decisive contribution to winning the fight from the air. Russia’s precision-guided missiles are sparse. Fighters such as the Su-34 and Su-25 that have a reputation of being “tanks in the air” have been forced to rely on unguided dumb bombs and rockets.

Lacking smart munitions, these fighters have been forced to fly low to the ground to avoid SAMs and create a better sight picture for their bombs and rockets. This has resulted in pilot error and the loss of two Su-25s that have crashed into the ground. Shoulder-fired Stingers and medium-range radar-guided air defenders have also taken a toll on Russian airplanes.

Russia may have bombed targets in Syria successfully, but this was not contested air space. Same with the war against Georgia in 2008. They simply don’t have experience utilizing air power in a larger theater with numerous enemy air defenses and fighters.

“Russia has never fully appreciated the use of airpower beyond support to ground forces,” David A. Deptula, a retired U.S. Air Force lieutenant general, told The Atlantic.  “As a result, Russia, in all its wars, has never conceived of or run a strategic air campaign.”

It May Be Poor Training

Some of these failures go back to training. Russia doesn’t have continuous major air exercises that replicate battles, and they don’t train their pilots with elaborate flight simulators as Western pilots do.

Russian officers also do not have the skills to accomplish the difficult staff work that can support air operations. This takes ample planning and operational foresight. Flying these missions also requires effective teamwork from leadership, maintenance staff, ordnance and avionics technicians, and pilots at a high scale to be successful. Russia seems to lack all of these concerted efforts.

The Russian Air Force had Problems Before the War

Maintenance may also be a factor. The rigors of warfare require technical crews and ample spare parts to keep the airplanes in the air. Even before the war, Russia’s air force struggled with faulty ejection seats that led to dead aviators and in-air collisions involving fighters that killed even more pilots.

The human factor of war is a variable that is difficult to predict. How will pilots, support crews, and battle planners react to a shooting war? The Ukrainians are playing for keeps and flying like heroes to protect their homeland. Are Russian air force personnel even up to the challenge? They seem to have overplayed their hand and entered the war overconfident – lacking real training or experience in prior wars. Now they must fly extremely low altitude missions that can lead to accidents or fly out of range of air defenses while expending all of their precision-guided munitions. This is not leading to a successful air campaign.