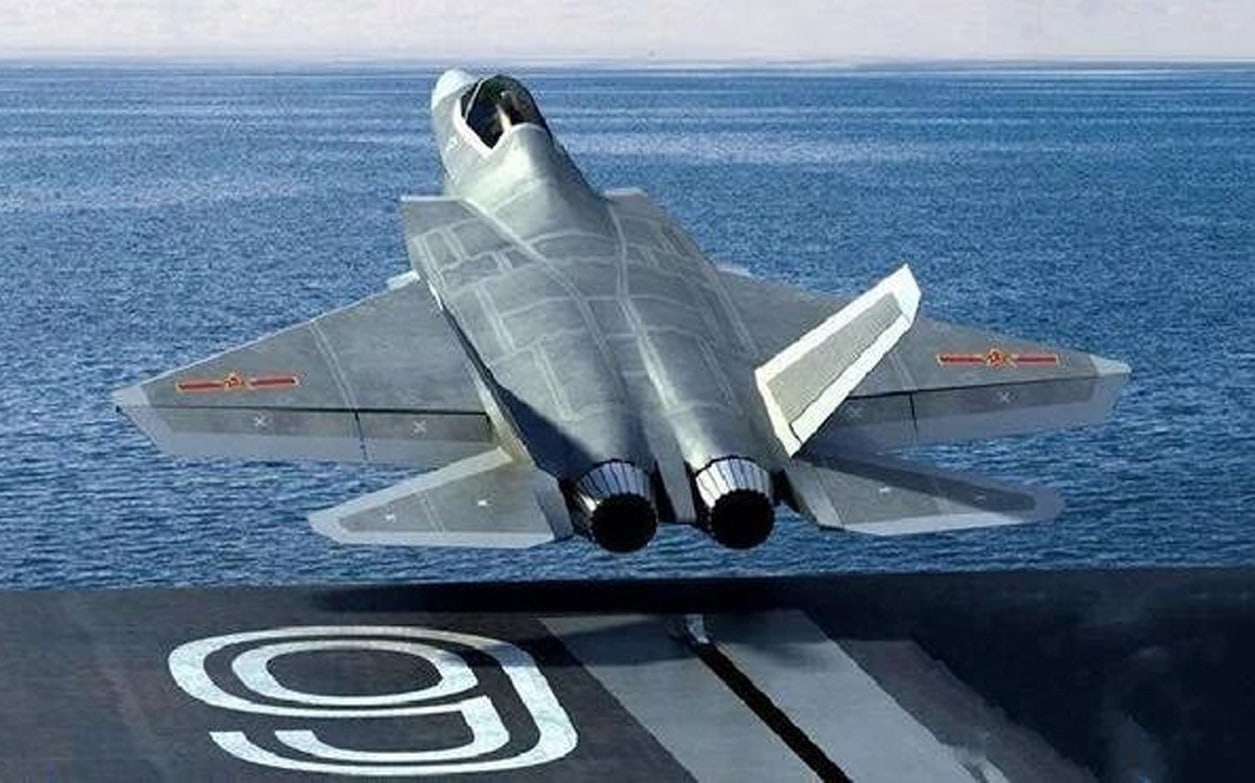 Much has been made by the Chinese media about the launch of the Fujian, the Type 003 aircraft carrier, and Beijing’s first “domestically-designed” flattop. However, the fact remains that the People’s Liberation Army Navy (PLAN) didn’t start from scratch. Its carrier program was most certainly jumpstarted by its purchase of the former Kiev-class carrier from Ukraine more than a decade ago.

Likewise, China’s aviation programs have certainly benefited from foreign designs. Red China learned that lesson during the early stages of the Cold War from the Soviet Union, which copied the American Boeing B-29 Superfortress to produce the Tupolev Tu-4. Beijing has gone on to copy other of successful aircraft including the MiG-21, which begat the Shenyang J-9; the Boeing C-17 that led to the Xi’an J-11; and notably the Lockheed Martin F-22 Raptor, where the influence can be seen in the Chengdu J-20.

Likewise, it is impossible not to see the Russian Sukhoi Su-33 in the Chinese Shenyang J-15 – but China hasn’t stopped there.

The Chinese Shenyang FC-31 Gyrfalcon (also known as the J-31) has been best described as an aircraft that is little more than a Lockheed Martin F-35 Lightning II that should be stamped, “Made in China.” At least when it comes to appearance, the FC-31 is a very solid design.

There is the old saying that good artists borrow and that great artists steal. There has been little doubt that in the case of the FC-31 theft played a significant role. Chinese hackers are believed to have stolen multiple terabytes worth of data related to the F-35 program, including information on the Lightning II’s radar design – the number and types of modules used by the system – as well as its engine, including the method used for cooling gases, leading and trailing edge treatments, and aft deck heating contour maps.

It was soon after the hack had been discovered that the FC-31 was first unveiled to the world, as a one-quarter scale model, at the China International Aviation & Aerospace Exhibition in 2012. A full-size airframe was officially introduced two years later at the Zhuhai Airshow in November 2014.

Even with the designs and crucial data, China’s copy of the Lightning II is still no actual F-35. In other words, a detailed decoy may look like a duck, and with the right technology it can be made to quack like a duck, but it can’t fly like a duck – and is, therefore, no duck!

That may hold true for the FC-31. It may look like an F-35, but it isn’t so clear whether the Chinese aircraft will have the same stealth abilities as the American fifth-generation fighter. It is true that the FC-31 has a stealth aerodynamic design and likely has stealth coating, yet, it is unlikely that the FC-31 could actually go toe-to-toe with the American and allied F-35s, especially as the Chinese fighter has received largely negative reviews when it has been seen at air shows.

Even as it could still likely challenge America’s fourth-generation non-stealth fighters, the issue as to how it will perform with the F-35 is what truly matters. The FC-31 should be seen as proof that Beijing can copy the best that America can build, but that still doesn’t mean it is equal to the best America will bring to a fight.