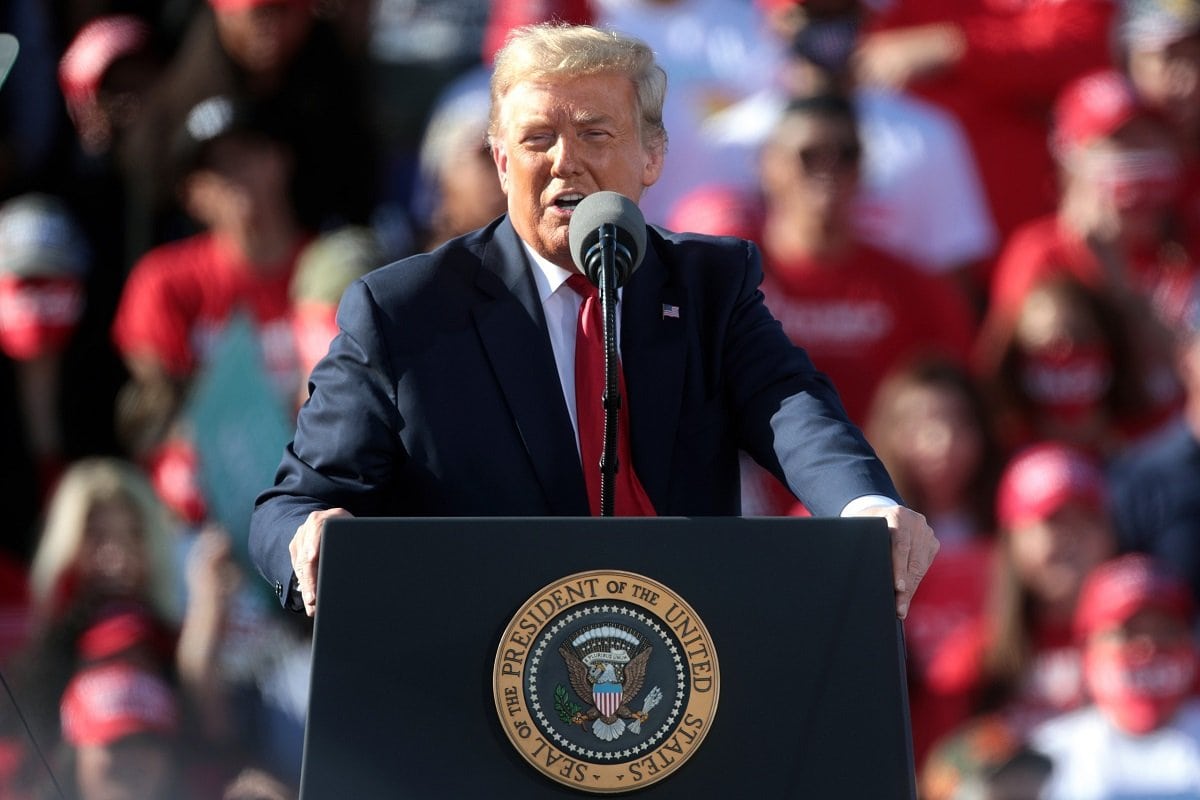 It’s now a matter of when, not if, for former President Donald Trump’s third straight run for the White House. He said in an interview that his decision had already been made. Now he only has to make up his mind about one more thing.

“I would say my big decision will be whether I go before or after,” Trump told New York Magazine’s Olivia Nuzzi. “You understand what that means?”

Apparently, it means Trump is considering a presidential announcement before the midterm elections. “I just think that there are certain assets to before,” Trump said. “Let people know. I think a lot of people would not even run if I did that because, if you look at the polls, they don’t even register. Most of these people. And I think that you would actually have a backlash against them if they ran. People want me to run.”

Trump did previously tease presidential bids in the 2000 and 2012 election cycles, only to decide against running. But that was before his memorable escalator ride of 2015, his utter humiliation of Jeb Bush and the Bush family dynasty, his defeat of 16 other Republicans in the primaries, his improbable upset of Hillary Clinton, his wild single term in the White House, and a 2020 campaign that left a bitter taste in the mouths of his supporters and opponents alike.

All that frenetic activity is likely more than enough to tempt Donald Trump into pulling a Grover Cleveland. And that’s without taking into account the fact that President Joe Biden’s poll numbers are now worse than Trump’s were at their lowest point.

Trump is clearly feeling antsy. The Jan. 6 committee run by Democrats and Never Trumpers seeks to discredit him daily. Florida Gov. Ron DeSantis is starting to grab the spotlight in a way that the former reality TV star must find difficult to accept. He knows he can freeze the field, as many promising Republicans have already said they will not run against him.

The 45th president does not want either the people who love him or who hate him to move on. Donald Trump simply won’t allow it. “Did you see Alaska, and did you see Las Vegas? I’ll tell ya, the enthusiasm and the crowds are bigger than they’ve ever been,” he told New York. “The enthusiasm is greater than it’s ever been.”

Republicans eyeing big down-ballot wins this fall, including the dethroning of the Democrats’ small congressional majorities, are equally antsy. They want to run against Biden, inflation, high crime, the porous southern border, and uncertainties abroad.

Democrats naturally want to run against Trump. They already are. This includes Biden himself. If you cannot win an election that is a referendum on your own policies and performance in office, you try to make it a binary choice election between yourself and another, potentially less palatable candidate. For the White House and the rest of the Democratic Party, that’s Donald Trump.

Naturally, Republicans don’t want this to happen. They would like to avoid any distractions on the road to reclaiming their majorities. Trump has seldom been moved by such considerations and believes he is the GOP’s majority-maker.

The biggest risk to Trump’s renomination is that Republicans, regardless of whether they view Jan. 6 as a coup or share the ex-president’s views about the last election, will decide that this is not what they want to be talking about in the next one. That it is better, both for their electoral prospects and the country, to focus on the future — 2022 or 2024 and beyond — rather than re-litigating 2020. A disappointing midterm election following a Trump announcement would appear to prove the case.

An early campaign declaration would be about tamping down a different kind of insurrection, one by Republican leaders and the rank-and-file, this time against Trump.

How necessary such an early start depends on how you read the New York Times poll showing Trump with just 49 percent support among Republicans nationally. Yes, that is far from unanimity and suggests Trump would not win the nomination uncontested, as he did in 2020.

On the other hand, it’s not far off from the leads once enjoyed by Bob Dole and George W. Bush, who faced real competition but ultimately won the party’s nod with relative ease. It’s better than Trump’s national lead at the beginning of 2016, when he won the nomination the first time. And it is a strong indication that DeSantis is the only Republican rival Trump really has to worry about. The fellow Florida man starts 24 points behind.

There are advantages in terms of money and coordinating with super PACs that come with waiting. If Donald Trump needs a head start on DeSantis, he is beatable. If the former president remains a juggernaut, he can afford the delay.