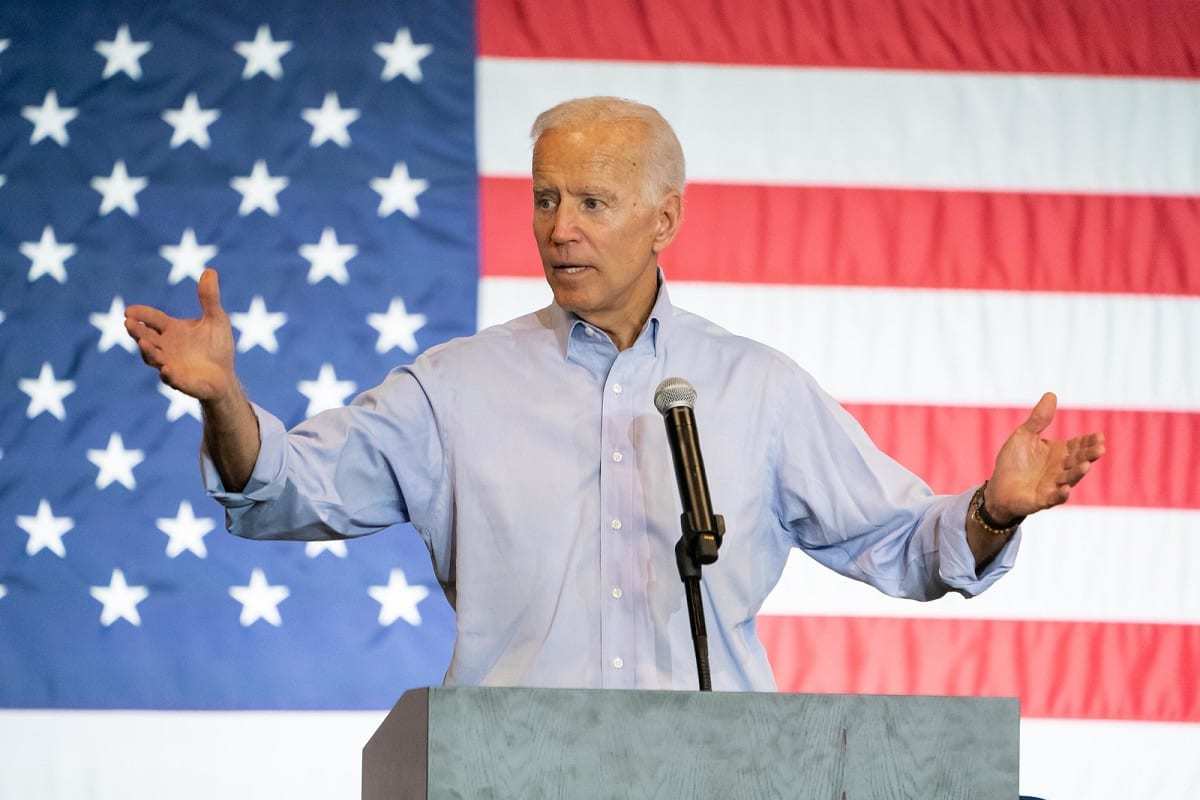 If Joe Biden doesn’t run for re-election in 2024, who could replace him on the Democratic ticket? We need to preface our answer with an admission that pundits often like to talk about primary challenges to the President at a midterm, even when there is little to no reason to believe that the incumbent will step back. It is extremely rare for an eligible incumbent to decline to run, with the most recent case being Lyndon B. Johnson in 1968. Even then, President Johnson did not step back until the primary season had already begun, and by some accounts expected to be acclaimed the nominee at the Democratic convention in any case.

A primary race in the shadow of an eligible incumbent could play out much differently than a typical Presidential primary. Much would depend to great extent on how early Joe Biden made his intention to decline to run for re-election public. Given that process will matter, it’s tough to assess the contours of a primary race without knowing all the facts. Nevertheless, it’s hardly premature to begin thinking about some of the most viable candidates.

The Heirs Apparent Within the Administration

In 1968 Lyndon Johnson was succeeded as nominee by Vice President Hubert Humphrey, although not before a bitter primary fight that saw chaos at the Democratic convention and was punctuated by the assassination of Senator Robert Kennedy, one of the chief contestants. While it’s hardly a cinch, Vice President Kamala Harris would have substantial advantages in entering a primary contest.

It is true that Vice President Harris’ popularity numbers have suffered even more than President Biden’s, and that she has yet to develop a strong rapport with the media gatekeepers who will structure political coverage in 2024. Still, starting from the position of Vice President would represent an enormous advantage for Harris, as she would carry the implicit endorsement of President Biden and of the administration.

Apart from Harris, Secretary of Transportation Pete Buttigieg likely cuts the most impressive figure. Buttigieg made a splash in his unsuccessful 2020 run, outperforming expectations and earning himself a place in the cabinet. Buttigieg has remained largely untouched by the difficulties of the Biden administration and appears to be the favorite of many who mistrust Harris’ chances.

Senator Bernie Sanders of Vermont continues to represent the left wing of the party (even though he does not remain a part of the party), but he couldn’t build a big enough coalition in 2020 and the media has blamed the problems faced by the Democrats today (altogether unfairly) on excessive left-influence over policy (disclosure notice: the author volunteered as a consultant for the Sanders campaign in 2020).

The idea of a run by former Secretary of State Hillary Clinton is beloved of the pundit community, mostly for the lulz, but she has explicitly ruled out running again, and in any case, there is no indication that she can command the loyalty within the party that allowed her to content in 2008 and win in 2016.

Other candidates such as John Kerry, Elizabeth Warren, and even Al Gore avoid some of the problems posed by Sanders and Clinton but run face-to-face with another issue; the problem with the Old Guard is that they are, well, old.

Fairly or no, if Joe Biden decides not to pursue re-election explanations will focus on his age, and in this context, it won’t make much sense to nominate a successor with the same issue.  Of course, if Donald Trump is the Republican nominee the problem could become moot, at least as a general election issue.

The Governors and the Senators

A variety of state governors and senators could make a strong case for the nomination in 2024.

Corey Booker of New Jersey and Amy Klobuchar performed creditably in the 2020 primary before bowing out, and both have maintained a degree of national prominence.

Governor Gavin Newsom of California comes with all the advantages and disadvantages of that state’s complicated politics, bringing the potential for a huge war chest and a big home-field advantage but also the general distaste for CA in the rest of the country.

Jared Polis of Colorado has left-wing bonafides and a strong base of support in the Mountain West.

Gretchen Whitmer of Michigan has faced down white supremacist militias in her own state and would offer some hope of reclaiming Democratic electoral votes in the Upper Midwest.

J.B. Pritzker of Illinois would have some of the same advantages, and also enjoys a strong relationship with former President Barack Obama.

A Longshot to Watch

Governor Andy Beshear of Kentucky is perhaps the most interesting longshot. Beshear is not well known nationally, but he is one of the most popular Democratic governors despite governing in a deep red state. Beshear is up for re-election in November 2023 (Kentucky has off-off-year elections) and would need to win a difficult race against formidable opponents in order to contend for higher office. However, winning that race would substantially increase his profile, and he would have the machinery in place to continue if he so desired. Of course, his ability to win the Kentucky race is probably contingent on keeping any further ambitions secret, which would be a tough haul as Presidential primary deadlines approached.

But Will Joe Biden Really Bow Out?

The most likely Democratic candidate in 2024 is… Joe Biden. Biden reportedly believes that only he can defeat Donald Trump, and despite all the speculation about stepping away, there have been no noises from within Biden’s inner circle indicating that he plans to stand down. Biden’s prospects may look grim at the moment but there is plenty of time between now and 2024 to flip the table.

Nevertheless, Democrats should keep in mind that it may be necessary to find a new candidate for the 2024 election.

A 1945 Contributing Editor, Dr. Robert Farley has taught security and diplomacy courses at the Patterson School since 2005. He received his BS from the University of Oregon in 1997, and his Ph. D. from the University of Washington in 2004. Dr. Farley is the author of Grounded: The Case for Abolishing the United States Air Force (University Press of Kentucky, 2014), the Battleship Book (Wildside, 2016), and Patents for Power: Intellectual Property Law and the Diffusion of Military Technology (University of Chicago, 2020). He has contributed extensively to a number of journals and magazines, including the National Interest, the Diplomat: APAC, World Politics Review, and the American Prospect. Dr. Farley is also a founder and senior editor of Lawyers, Guns and Money.