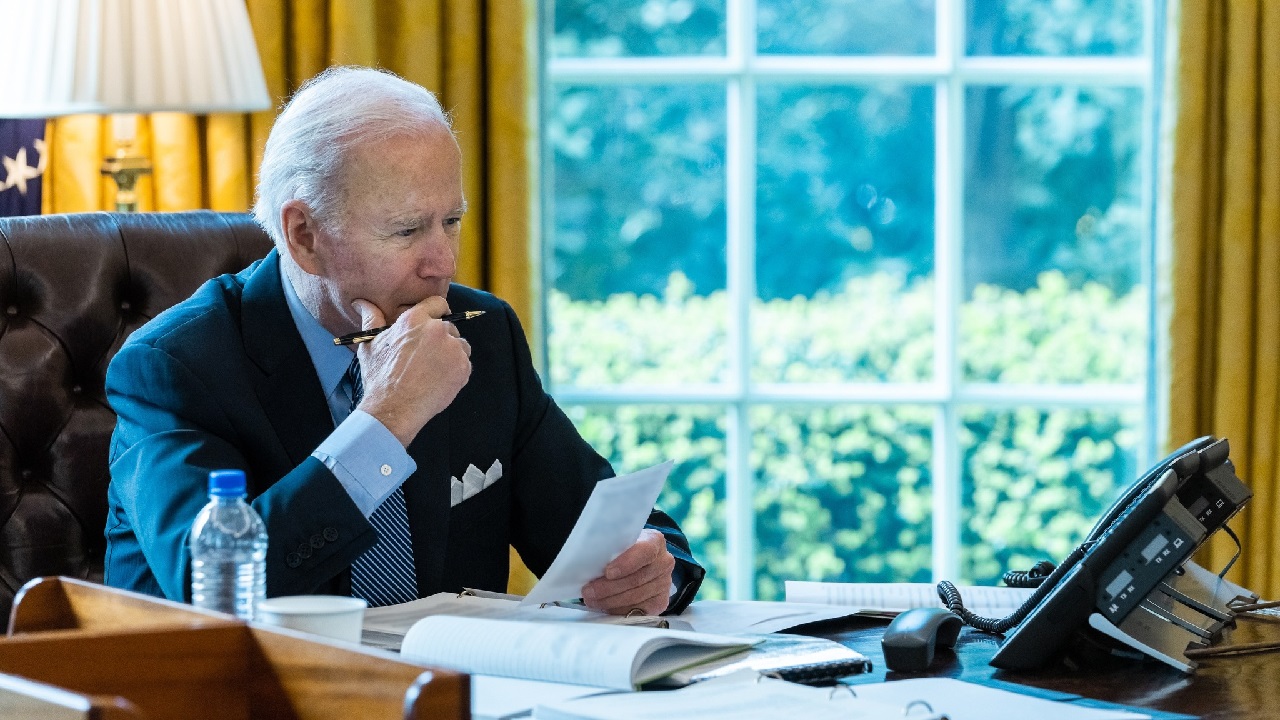 Why Joe Biden’s Saudi Arabia Trip Looks Problematic At Best: Soon after he joined Barack Obama’s ticket in 2008, Joe Biden decided that he would highlight his foreign policy credentials by questioning not only George W. Bush’s management of the Afghanistan war, but also sitting Afghan President Hamid Karzai. Not only Kabul but also Tehran noticed the criticism. “Americans are trying to call into question the president’s [Karzai’s] popularity and damage his standing in Afghanistan to replace him with another individual in the forthcoming presidential elections,” Iran’s official state television announced in a special bulletin.

Obama and Biden may have targeted their remarks to the U.S. audience, but what happens in Washington doesn’t stay in Washington. Karzai neither forgot nor forgave Biden for what he saw as a personal attack, as Biden discovered during his first trip to Kabul as vice president. Biden’s meeting with Karzai grew so heated that eventually Biden just left. The episode did have one important result: It accelerated Karzai’s shift away from the West and into the hands of various anti-American conspiracy theorists. Unfortunately, that episode is now the rule rather than the exception.

Few in the 2020 elections chose Biden because they wanted a transformational leader. Had Democrats wanted a progressive or far-left candidate, they had many others from which to choose during the primary. Rather, first the Democratic Party and then even independents and many Republicans voted for Biden because they wanted a steady hand in the Oval Office and an end to the drama which marked the Trump years. Biden, however, misunderstood his mandate and, as Middle East Institute Vice President Brian Katulis has long noted, confused twitter activists with the Democratic base.

The result was an almost unhinged approach to Saudi Arabia. Sure, it was wrong for Crown Prince Muhammad Bin Salman (MBS) to kill writer Jamal Khashoggi (a man with whom I had known) but, as even liberal Saudis will point out, to frame his murder only as an assault on the free press is wrong. Rather, the Khashoggi affair was a fight between an intelligence agency and a former intelligence operative for reasons that remain unclear. Regardless, Biden’s team lost any moral consistency when it seeks to launder Iran’s record, greenlight a new Turkish invasion of Syrian Kurdistan, and Biden’s Climate Envoy John Kerry signals that a desire to get Chinese President Xi Jinping’s signature on paper trumps any goal to end China’s genocide against the Uyghurs. Nor does it tactically make sense to condemn MBS to such a degree that we force Riyadh into the hands of Moscow and Beijing. But that is exactly what Biden’s team did. Indeed, the Saudis are signaling that they have no intention either to discuss human rights or to end Riyadh’s production alliance with Moscow.

Biden’s Washington Post op-ed managed to make things worse. Biden may believe he ended Trump’s alleged isolation of America with regard to Iran, but he elides two points. First, this is false on its face. Trump’s antics may have antagonized many in Western Europe (which, Biden should note, is not the world), but the former president cultivated close ties to the Middle East precisely because Secretary of State Mike Pompeo listen to their concerns in a way that Secretaries Hillary Clinton and John Kerry never did. Second, what unity Biden did bring has been on Iran’s terms. Sometimes leadership means standing up for principle rather than caving into Europe’s often self-serving and commercial-driven policies. Indeed, Germany’s motivation to end sanctions on Iran and Russia with regard to Nord Stream-2 was the same.

That Biden used the Washington Post to double down on Iran diplomacy will go down in Riyadh like a lead balloon. Biden can repeat the 2015 nuclear accord worked until he was blue in the face, but no one in the Middle East believes that. It reversed decades of counter-proliferation precedent and failed to do what Obama, Biden, and Kerry promised. The exposure of the Iranian nuclear archive on their warhead and military nuclear work, a demonstration that Tehran never truly came in from the cold, should have been the final nail in the coffin. Instead, Biden has allowed Iran’s hard currency reserves to increase by an order of magnitude since he entered the White House.

Nor do the Saudis believe leadership to be an obsessive refusal to take responsibility. Biden’s pollsters may believe bashing Trump gets progressives hot and bothered but, as the Foundation for Defense of Democracies has shown, Iran’s nuclear work went into overdrive only after Biden entered office when Tehran concluded that they had little to fear in terms of consequence.

The unifying factor that condemns Biden to failure in the Middle East is a refusal to understand ideology, perhaps because he himself can switch creeds like a new wardrobe. Both the constitution of the Islamic Republic of Iran and the founding statutes of the Islamic Revolutionary Guard Corps make clear that the raison d’être of the clerical regime is to export revolution which, ever since 2008, it has been clarified to mean the use of hard power proxy groups to overthrow regimes. The reform vs. hardline debate in Tehran is irrelevant to this, especially because elected leaders in Iran do not influence security policy. This is why Riyadh sees the Houthis as a threat. Indeed, Saudi Arabia is right to ask whether the United States would be so lackadaisical should cross-border terrorists target civilian airports and the economy of the United States. Indeed, the last time that happened, the United States went to war.

Biden’s mantra might be “diplomacy is back,” but throwing allies under the bus became his doctrine. Saudis have long memories and still complain about political cartoons they believe were racist from the oil embargo era of the 1970s. This does not mean the United States does not have real grievances toward Saudi Arabia, especially surrounding 9/11, but Biden’s approach seems more to antagonize the relationship rather than resolve it.

Biden seeks today to re-embrace Saudi because the domestic pressure he feels because of rising gasoline prices in America. Here, he sets up Saudi Arabia as the fall guy, using his trip to color MBS as the man in part responsible for the price at the pump. The reality, however, is that the problem with gas prices rests far less in Riyadh or with the “Putin tax hike” than with Biden’s own counterproductive energy policies and his unwillingness to stand up firmly to Kerry and the proponents of the Green New Deal.

In the past, Saudi leaders might bend over backwards for American partners because they understood the alliance was two-way. Biden’s gratuitous and short-sighted attacks and his unwillingness to assess the Iran nuclear deal honestly or take Saudi strategy concerns seriously make it unlikely that Saudi authorities will throw him a life line. Perhaps there will be a reset in 2024, but the trust Biden hemorrhaged with Riyadh, first under Obama and now with his own administration, will take decades to rebuild.