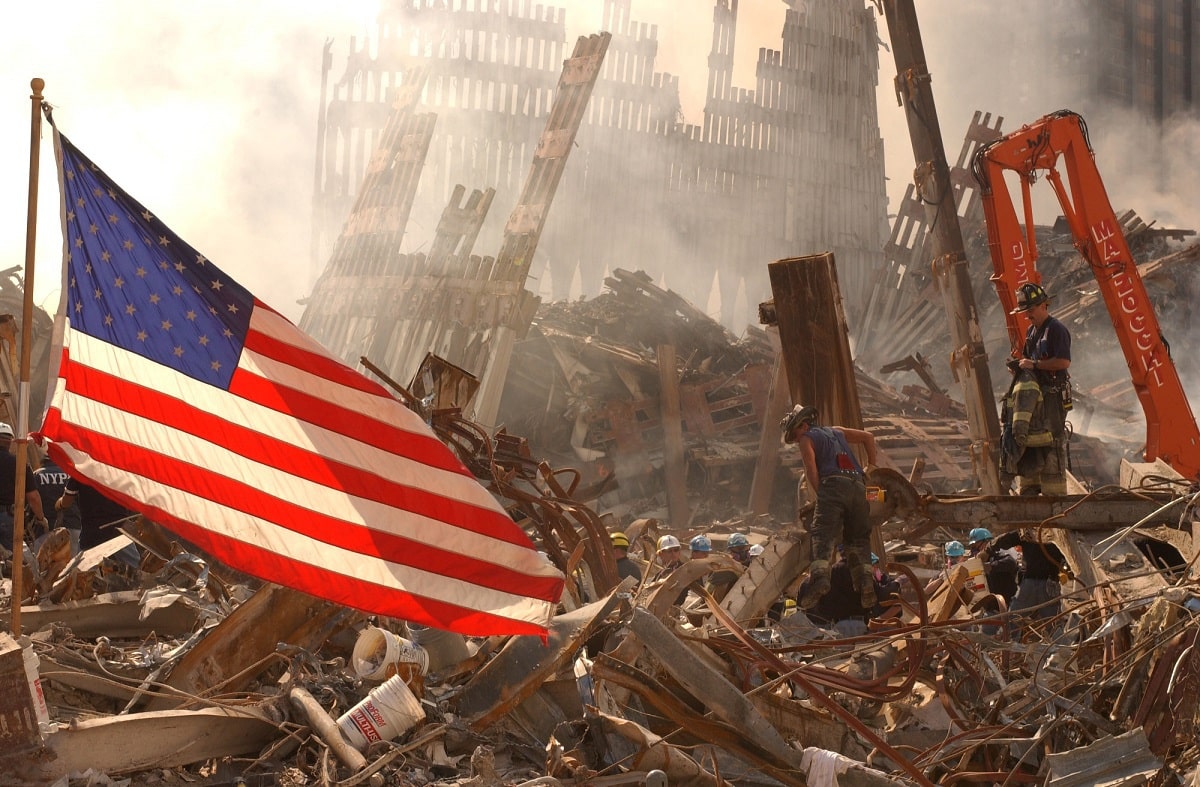 Of course, it tragically cost the lives of nearly 3000 Americans, and trillions of dollars. It also resulted in a temporary change in government in Afghanistan, and a permanent one in Iraq. And airplane pilots now lock their cockpit doors. If only they had had the good sense to do so twenty years ago, 9/11 might never have happened.

Who knew before that fateful day that airplane cockpits were less secure than airplane bathrooms? It turns out that all you have to do to prevent a terrible, world-shaking tragedy is follow common-sense security procedures. Someone should have told the folks at the Wuhan Institute of Virology.

“The more things change, the more they remain the same” is the oldest maxim in history. Quotation websites will tell you that that phrase was coined by the editor of Le Figaro in 1849 (“plus ça change, plus c’est la même chose“). The religiously-minded will find it in Ecclesiastes 1:9 (“there is no new thing under the sun”).

The September 11 attacks brought the full wrath of the American empire down upon Al Qaeda and its protectors in Afghanistan—and rightly so. But it did not usher in a new era in which non-state actors posed systemic threats to world peace. Terrorists with nuclear weapons have not held our cities to ransom. Well-functioning states have not been torn apart by rogue elements practicing asymmetrical warfare. Quite the contrary: even poorly-functioning states like Nigeria and Pakistan have managed to hold together under assaults from multiple extremist movements.

The big story of the twenty-first century—the rise of China—had nothing to do with 9/11, and everything to do with impersonal structural forces. Globalization made China a “moderately prosperous society” (as China’s official rhetoric would have it), and a moderately prosperous society of 1.4 billion people is inevitably a regional threat to the existing constellation of power. If things keeping going they way they are, China just might (if it plays its cards right) eject the US Navy from the South China Sea. Given that the South China Sea is 5000 miles west of Hawaii (and almost 2000 miles west of Guam), that hardly counts as a threat to the American homeland, never mind a threat to global peace.

China’s militarization of the South China Sea is illegal, unfair, and menacing—to neighbors like Taiwan, the Philippines, Malaysia, and Vietnam, all of which are likely to seek U.S. support to counter Chinese expansionism. Similarly, the Taliban takeover of Afghanistan threatens to destabilize Pakistan, upset Iran, and push Turkmenistan and Tajikistan closer to Russia. Both are fiddlings at the margins of the 1945 settlement. Even the coronavirus hardly figures in shaping the structure of global power. The U.S. had the smallest contraction of any developed economy in 2020, and it is on track to have the most robust expansion of any developed economy in 2021, according to IMF estimates. American decline will just have to wait. Again. 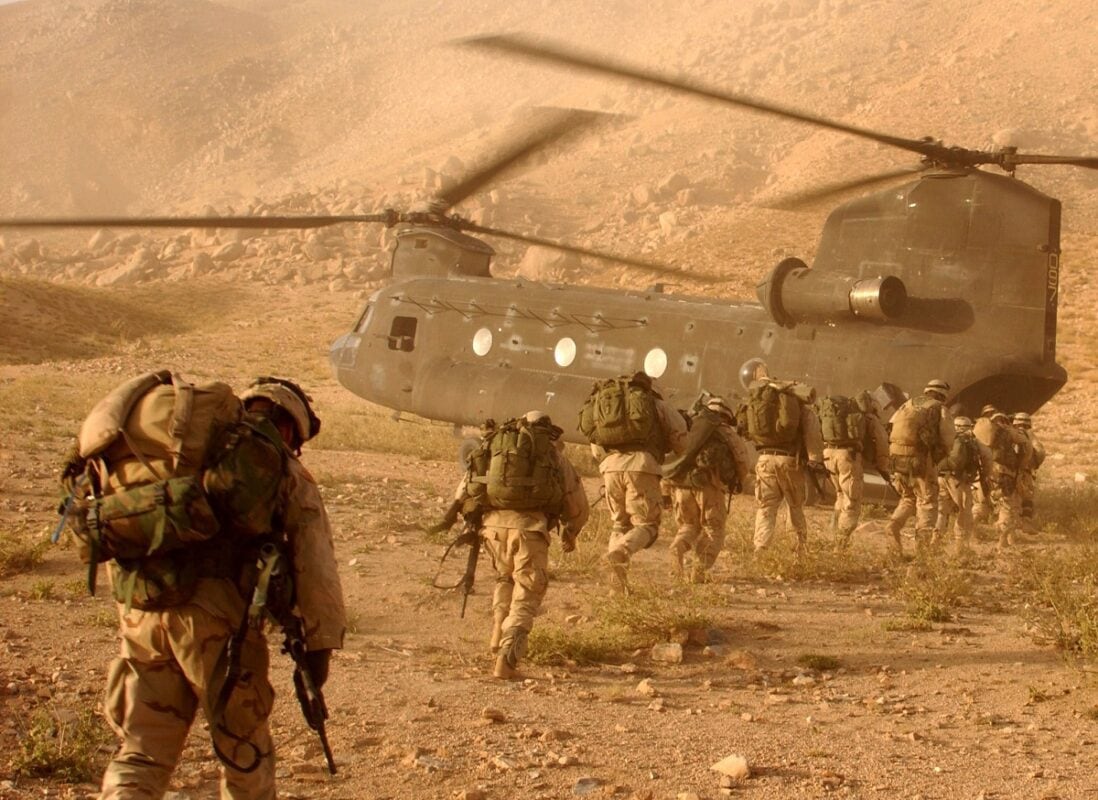 Operation Mountain Viper put the soldiers of A Company, 2nd Battalion 22nd Infantry Division, 10th Mountain in the Afghanistan province of Daychopan to search for Taliban and or weapon caches that could be used against U.S. and allied forces. Soldiers quickly walk to the ramp of the CH-47 Chinook cargo helicopter that will return them to Kandahar Army Air Field. (U.S. Army photo by Staff Sgt. Kyle Davis) (Released)

September 11, 2001 was a preventable tragedy in a long line of preventable tragedies. So was the disorganized withdrawal from Kabul, which could have been prevented if the Biden administration hadn’t put too much faith its evaluation of the durability of the Afghan government, and instead held onto Bagram as an insurance policy. Seven decades of preventable tragedies have taken a heavy toll on American lives, American treasure, and the American psyche. They have done little to change the structure of American power. There is no denying that 9/11 changed the lives of millions of people, mostly for the worse. But in the broader scope of history, it didn’t change a thing.

A Contributing Editor for 1945, Salvatore Babones is a sociologist whose research focuses on the political economy of the Indo-Pacific region. He is the author or editor of ten books and more than two dozen academic research articles. He publishes extensively on public policy issues, and is a widely-cited commentator on Australian higher education. His short book The New Authoritarianism: Trump, Populism, and the Tyranny of Experts was named “Best on Politics 2018” by the Wall Street Journal. Babones is an Associate Professor at the University of Syndey.