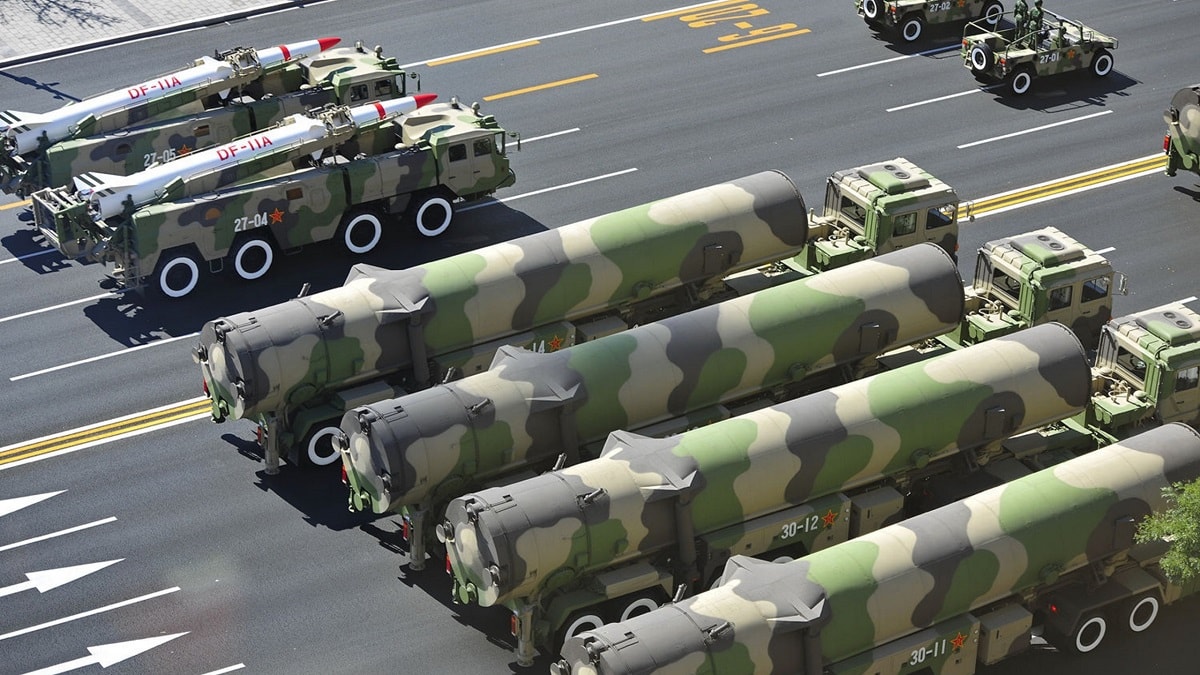 It is urgent that Congress make changes to the Unified Command Plan, expanding the roles and missions of the U.S. Space Command. This is imperative not only to emphasize deterring and defending American and allied space systems from hostile attack — including military, civil, and commercial space systems — but also to provide law enforcement in the space domain.

The tasking needs to include support for developing a larger body of international law, ensuring that it enshrines freedom of action in space for all lawful and non-hostile actors. This must include putting mechanisms into place to detect violations of the law, creating strong enforcement procedures that can stop illegal behavior while collecting evidence, and establishing international courts with sufficient jurisdiction to provide legal remedies to malevolent behavior.

Why? China’s behavior in the South China Sea and elsewhere is so egregious, and their contempt for international law and human rights so atrocious, that such behavior must not be allowed to extend into space. China poses a serious threat to the rest of the world in space, which remains largely ungoverned, unregulated, and thus lawless and impossible to hold China, or anyone else, accountable for bad behavior.

Apropos to America’s vulnerabilities in the face of robust Chinese threats to our space systems is a famous scene in Raiders of the Lost Ark where Indiana Jones dispatches a preening, sword-spinning foe with a nonchalant gunshot. It’s a reminder not to take a sword to a gunfight. If this analogy were extended to the current U.S.-China military competition, at least regarding space, it is the United States that is twirling a sword facing China with a pointed gun. If China were to actually pull the trigger, the consequences for the U.S. would most likely be catastrophic.

The potential gunfight can be prevented with proper attention to space.

Space is where America and its allies have placed thousands of satellites of every type that literally enable many terrestrial functions such as electrical power generation, banking, transportation, radio-television-cell phone usage, and other aspects of everyday life. Many of these essential civil and commercial functions are served by satellites operating in various orbits. Military satellites, for various operational reasons, including command and control of U.S. and allied forces, also operate in these orbits.  It is fair to assume that any of these satellites and the services they provide would be of “targeting” interest in the space competition with China.

If, for the purpose of argument, China attacked these satellites with high-energy lasers (which it has done on a small scale) and cyber-hacking (which it does when it can), causing a loss of global satellite communications, then ships, planes, and ground troops would find themselves largely isolated from the rest of the world, and military and civilian leadership would have trouble communicating with each other. Without GPS and accurate time measurement, every military or commercial network enabled by computers would be at risk of falling out of synch and failing.  Despite ground backup, the internet would grind to a halt, and power failures would follow transmission network problems.

There is no doubt that the infrastructure of the nation, and much of the world, has become increasingly dependent on space technology and the services provided from and through space. That is certainly true of the U.S. military. Without satellites, the very functioning of the country is at stake. Our F-35s and other fighters literally couldn’t perform their missions without satellites (e.g., F-35s align targeting off satellite emissions), nor could spy planes, reconnaissance drones, or most B-1 or B-2 bombers (some older ones have HF communications that don’t rely on satellites).  Navy ships and ballistic submarines couldn’t target. Army units would be isolated.

China possesses high-energy lasers that, right now, can put at risk U.S. military satellites as well as anti-satellite missiles; the PLA has hacker units that can discombobulate some satellites. In fact, China has practiced doing so. Its military doctrine calls for disrupting U.S. communications as a first move in any strike. It is classic asymmetrical warfare. (By the way, Vladimir Putin in his latest annual state of the nation address warned that “asymmetric, fast, and tough” would be Russia’s response in any conflict). The Chinese don’t play by Marquess of Queensberry rules either.

At the same time, we must keep in mind that not every hostile action should be considered an act of war, or else we might find ourselves forever at war. Americans, like the broader international community, prefer to resolve disputes between nations in court, rather than going to war. But those courts need to have real teeth. Proper law enforcement mechanisms must be set in place with clearly defined laws and jurisdiction to detect criminal behavior, with the ability to discern the difference between a crime and an act of war.

Moreover, space law enforcement mechanisms are needed that can not only halt the commission of a crime but collect the evidence and move it to an international court that can properly adjudicate the case.  If it is an act of war, America must be prepared to fight and win in space, as terrestrial forces are so prepared on Earth.

Because of this, Congress must amend the Unified Command Plan to assign U.S. Space Command with expanded roles and missions to not only emphasize deterring and defending American and allied space systems from hostile attack, but also to provide law enforcement in the space domain. This needs to be matched by a concerted effort to work with the international community to establish binding laws in space with the ability to enforce them and courts that can hold offenders accountable.

A retired intelligence officer, Maj Gen. A Bowen Ballard, USAF (Ret) managed the planning, directing, and setting of policies for all Air Force intelligence activities as the Assistant Chief of Staff for Intelligence and worked with the National Security Agency, among his assignments. He now is a consultant in defense matters. 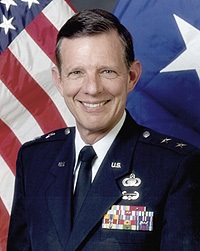 Written By A. Bowen Ballard

A retired intelligence officer, Maj Gen. A Bowen Ballard, USAF (Ret) managed the planning, directing, and setting of policies for all Air Force intelligence activities as the Assistant Chief of Staff for Intelligence and worked with the National Security Agency, among his assignments. He now is a consultant in defense matters.