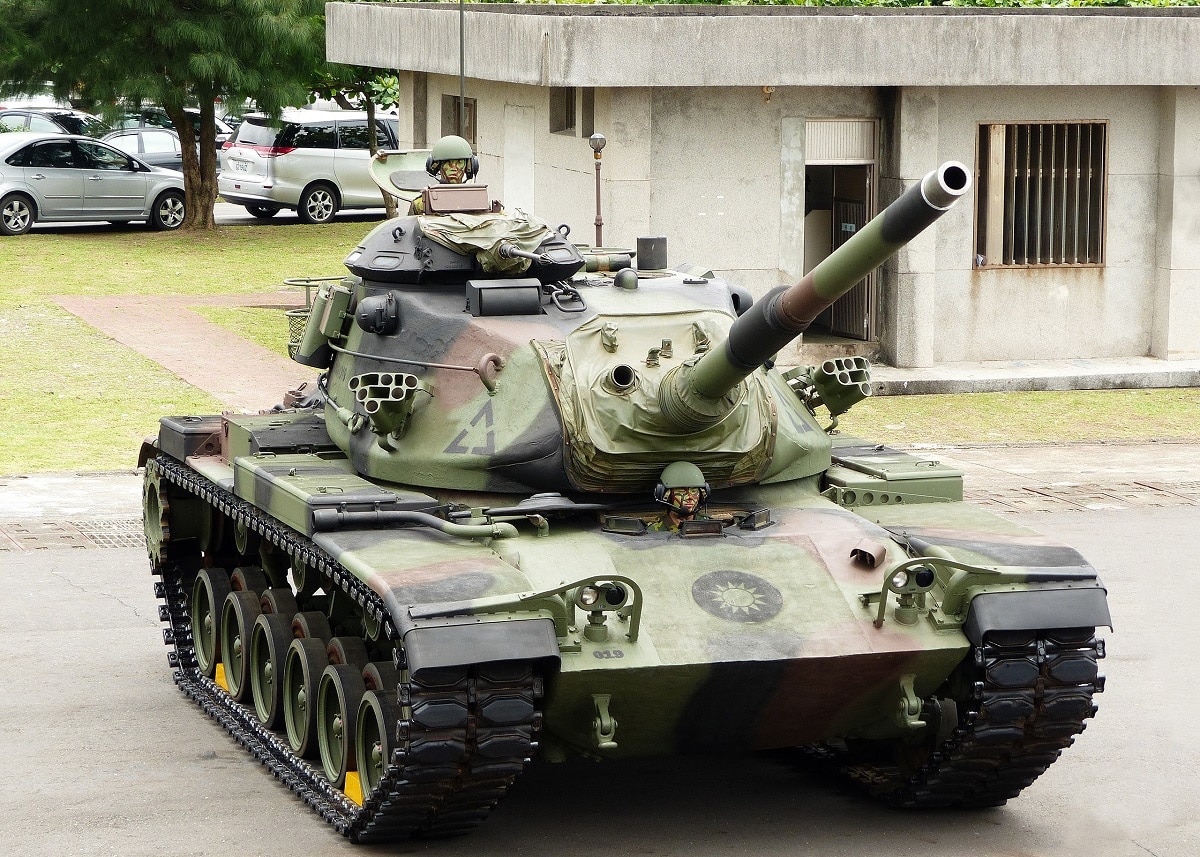 The Chinese Communist Party (CCP) has long vowed reunification with self-ruled Taiwan, and it was just last month that Chinese President Xi Jinping vowed to “smash” any attempts at formal independence.

“Solving the Taiwan question and realizing the complete reunification of the motherland are the unswerving historical tasks of the Chinese Communist Party and the common aspiration of all Chinese people,” President Xi said in a speech on the 100th anniversary of the ruling Communist Party. “All sons and daughters of China, including compatriots on both sides of the Taiwan Strait, must work together and move forward in solidarity, resolutely smashing any ‘Taiwan independence’ plots.”

The Chinese military has increasingly conducted exercises, including live-fire drills, which have been as much about sending a message to Taipei as to actually train the troops. This included a six-day, large-scale People’s Liberation Army exercise off the coast of eastern China, which took place just 135 nautical miles north of Taiwan.

Invasions, especially those that involve amphibious landings, are not guaranteed to succeed, as the defender has the early advantage. According to recent reports, military analysts believe that the PLA currently lacks the capabilities to mount an invasion of the heavily fortified island nation. For the Taiwanese military, its core purpose has been built around national defense, a fact that has existed since the Chinese Nationalist government fled to the island after being defeated on the mainland during the Chinese Civil War.

Driving an invasion force back into the sea has been what it trained for since 1949, and little has changed in its overall strategy. Taiwan has always been on a defensive footing, fighting for its survival. While at times, most notably during the Korean War, it appeared that an invasion was coming – to date none has materialized.

In a new report published last month, titled “Amphibious operations capability of the People’s Liberation Army (PLA) in an attack on Taiwan,” the Institute for National Defense and Security Research military analyst Ou Hsi-fu suggested that China currently lacks the amphibious capabilities that would be required to mount a successful invasion. Ou said that China does possess the military vessels that could be utilized in a beach landing, including its Type 075 amphibious assault ship, Type 071 transport dock and Type 072 landing ship; while its Type 958 and Type 726 hovercraft could also be employed to transport PLA forces to Taiwan’s shores.

The issue is that some of the vessels would be inadequate for the 135 nautical mile crossing, and China lacks the number of ships required to sustain an attack. The analyst said that if China were to invade Taiwan, its first wave of amphibious forces would number just 400,000 personnel – which would certainly be no match for Taiwan’s defenses.

Following the Normandy invasion of France during World War II, the Allied staff knew that to defeat Nazi Germany it would need to secure a deep-water port. A Chinese invasion would likely be committed to a similar goal.

As David Axe of Forbes reported last month, the Taiwanese military has more tanks than a Chinese invasion force could deliver, and that would give Taipei an advantage in defending the beaches. The People’s Liberation Army Navy (PLAN) couldn’t land more than a few hundred tanks under even the best circumstances, and while the Taiwanese tank force may be antiquated – with many dating back to the 1970s or earlier – it would have numerical superiority.

The situation would change if the PLA could seize an intact port, where it could use landing craft and possibly even civilian car ferries to deliver more tanks tilting the balance in Beijing’s favor, Axe added.

For now, the CCP will likely continue to talk about reunification but an actual invasion is unlikely, especially as mounting one would be so costly and likely so devastating to the island that even in victory little would be gained. China may continue to look to reunification and possibly even prepare for an invasion, but Taiwan will continue to prepare its defensive as it knows if it comes to a fight, it will be for its survival.