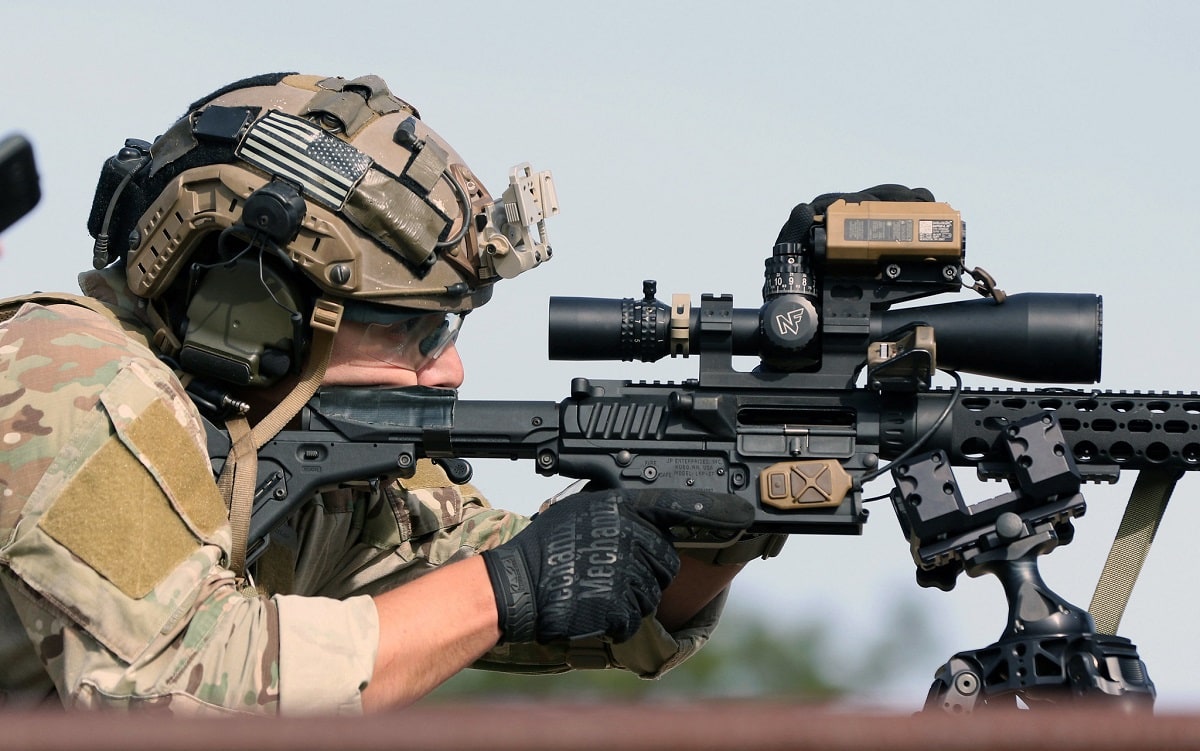 Earlier this week, when I wrote my article on the Barrett M82/M107 .50 caliber sniper rifle, I mentioned the fact that the longstanding long-distance sniper kill record — from 1967 to 2002 — was held by legendary U.S. Marine Corps Gunnery Sergeant Carlos Hathcock thanks to another .50 caliber weapon, the Browning M2 “Ma Deuce,” which coincidentally uses the same .50 BMG round as the Barrett. I also mentioned the fact that Gunny Hatcheck’s record was broken by then-Corporal Rob Furlong of Princess Patricia’s Canadian Light Infantry. However, I didn’t specify which weapon Cpl. Furlong used to break that record: it was yet another .50 caliber rifle, the McMillan TAC-50. 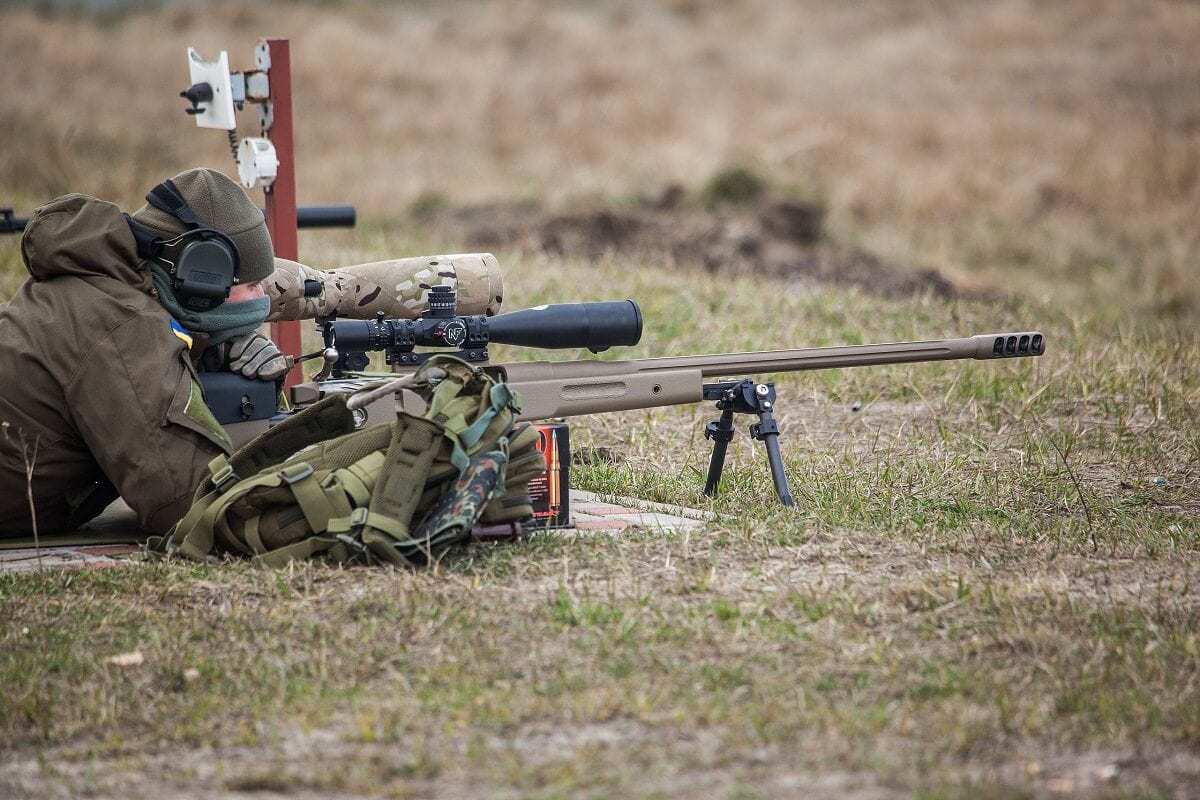 After all that’s been written about Barrett and Browning, let’s now give the record-breaking big-bore McMillan TAC-50 its due.

The TAC-50, which is officially designated as an anti-materiel rifle as opposed to sniper rifle, is manufactured in Phoenix, Arizona, by McMillan Firearms, which is, in turn, a subsidiary of Strategic Armory Corps. Unlike the Barrett and the Browning, the McMillan is a bolt-action rifle, which will appeal to old-school snipers who cut their teeth on bolt guns such as the Remington Model 700, Winchester Model 70, or Mosin-Nagant.

The TAC-50 holds a modest 5-round magazine, which is half the capacity of the Barrett. The McMillan product is also comparatively lightweight for a .50 cal, at 26 pounds (11.8 kilograms), which is still obviously a helluva workout compared with an infantry rifle such as the M4 or AK-47. The overall length of the weapon is 56.5 inches (143.5 centimeters), barrel length is 29 inches (74 centimeters), and rifling twist is 1:15.

Incidentally, if you would like to purchase your own TAC-50, bring a bankbook and be ready to take out a second mortgage: current asking price that I’ve come across is $10,426.68 USD, which is actually $1,600 bucks more than the amount you’ll need to cough up to buy a Barrett.

For a detailed and compelling description of Cpl. Furlong’s famous kill, one can turn to a May 2006 article by Michael Friscolanti in the Canadian current affairs magazine Maclean’s:

“On that March afternoon in 2002, Cpl. Furlong squinted through the scope of his McMillan Tac-50, a sleek bolt-action rifle almost as long as he is. In his crosshairs were three men, each lugging weapons toward an al-Qaeda mortar nest high in the mountains of eastern Afghanistan. Master Cpl. Tim McMeekin, hunkered behind his fellow sniper, saw the same trio through the lens of his Vector, a binocular-like device that uses a laser to pinpoint targets thousands of metres away. Speaking quietly, both soldiers agreed on the obvious: take out the biggest threat first, in this case the man in the middle carrying the RPK machine gun. According to the Vector, he was exactly 2,430 m away — nearly 2 1/2 kilometres.”

Furlong’s first two shots missed, but then: “Stand by,’ Furlong said again. Another loud pop echoed through the valley, sending a .50-calibre shell — rocket-shaped, almost as long as a beer bottle — slicing through the Afghan sky. Four seconds later, it tore into the man’s torso, ripping apart his insides.”

…And Then Re-Breaking the Record

In 2009, British sniper Craig Harrison would break that sniper kill record using a .338 Lapua Magnum. However, fast-forward to June 2017, and we see that neither the Canadian Army not the folks at McMillan were content to rest on their previous terrorist-killing laurels. As described by Elwood Shelton in an August 2021 issue of Gun Digest:

“The shot and the sniper who delivered it are shrouded in mystery. Tight-lipped, the Canadian military has never released the soldier’s name, nor the circumstances under which he pulled the trigger. What is known, the marksman from the Joint Task Force 2 connected at 3,871 yards (3,540 meters) in Iraq during the country’s 2017 civil war. Also established, what was on the sniper’s shoulder—the C15 Anti-Material Sniper Rifle. You might know it as the McMillan Tac-50.”

In addition to the Canadian Forces, the TAC-50 is in service with the militaries and/or police forces of France, Georgia, Israel, Jordan, South Africa, Turkey, and the U.S. Navy SEALs (who’ve designated it the Mk 15). And perhaps most significantly, the Canadian government began supplying MacMillan rifles to Ukraine back in 2018. Given the numerous Russian generals who’ve been felled in Ukraine since Vladimir Putin’s so-called “special military operation” began, I can’t help but wonder how many of those dead senior Russian officers met their maker at the hands of the record-busting TAC-50.