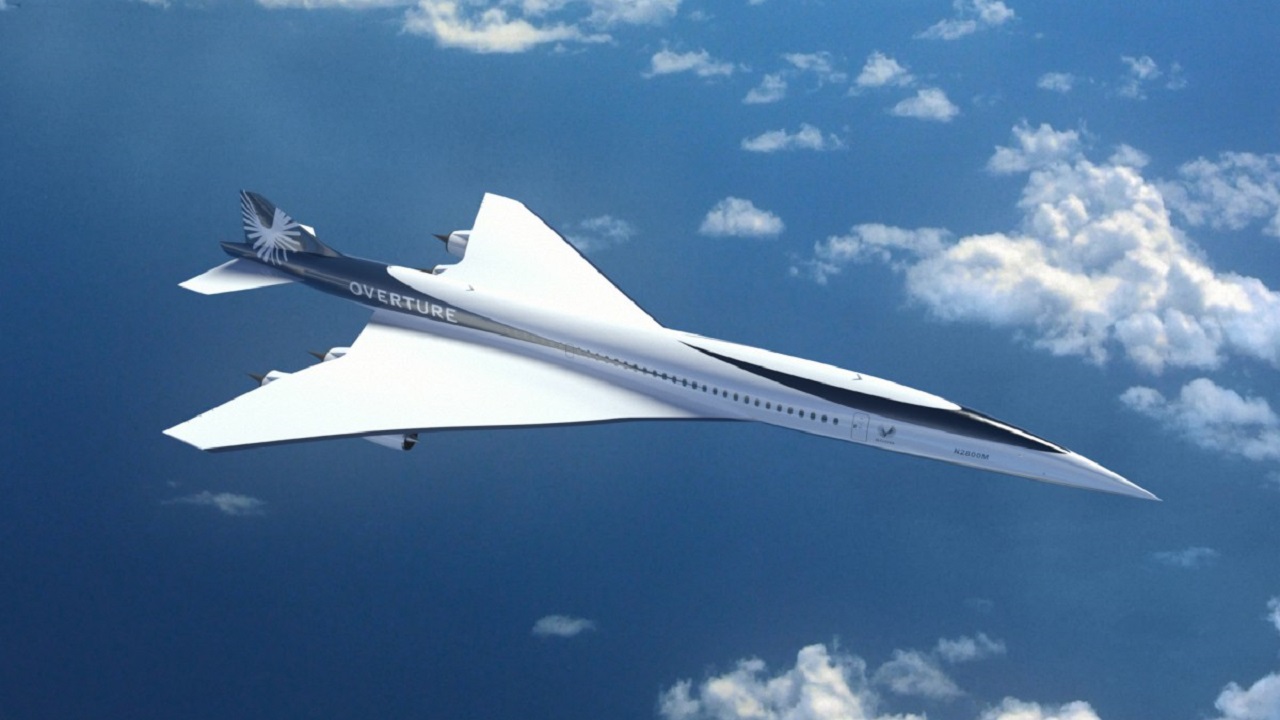 The Farnborough International Air Show is known as the place to show off your aerospace wares and make big deals on the sidelines. A startup that aims to reinvigorate the supersonic commercial passenger market and a major defense contractor just made such a deal. They plan to collaborate on a future airplane variant that could have both civilian and military uses. Boom Supersonic and Northrop Grumman will now be working together in a partnership that was announced to the media at Farnborough on July 19.

Boom, founded in 2014, and Northrop Grumman are looking to co-produce a particular military variant of the supersonic airplane called the Overture that could give the military “quick-reaction” capability. The idea would be for the plane to fly twice as fast as current commercial jets with up to 80 passengers. The military version could transport highly-needed medical supplies or serve as an in-air hospital to speed wounded soldiers to medical facilities outside combat zones.

Make It Across the Pond in Half the Time

Plans for the Overture supersonic airplane are ambitious. It would fly at MACH 1.7 at 60,000 feet. Its range would be 4,888 miles. The airplane could deliver passengers from New York to London in 3.5 hours in what is usually a 6.5 to 7 hour flight. Boom wants the Overture to run on “sustainable” jet fuel (biofuels from the agricultural sector) and be a “net-zero carbon airplane.” The airplane’s interior looks luxurious. The Overture has not been tested yet and it likely will not fly until at least 2026 and have passengers by 2029, but both partners are excited about the collaboration.

“Time is a strategic advantage in high-consequence scenarios, from military operations to disaster response,” said Blake Scholl, Founder and Chief Executive Officer of Boom Supersonic. “This collaboration between Denver-based Boom and Northrop Grumman unlocks Overture’s unmatched high-speed mission capability for the United States and its allies,” Scholl said in a news release.

United Airlines and Japan Airlines are customers for Boom. United wants to eventually buy 15 jets. That deal would be dependent on whether Boom meets FAA standards. Fuel prices will be a factor on passenger tickets.

Boom does have a technology demonstrator airplane that is one third the size of the Overture called the XB-1 “Baby Boom.” This was unveiled in 2020 and it was designed to test the company’s carbon-composite materials. These components will have “strength and rigidity, even under the high temperatures and stresses of supersonic flight,” the company said.

Boom is calling the shape of the Overture a “gull wing” for faster performance. It has some observers likening it to the Convair B-58 Hustler bomber. The B-58 first flew in 1956. Hustlers served the Air Force from 1960 to 1970 and set 19 speed and ceiling records.

Remember, Boom Is Still a Startup

Since many startups sometimes overpromise and underdeliver, a partner like Northrop Grumman could come in handy when it is time for testing and evaluation. This should be a shot in the arm for the Overture program. Boom does have a prototype despite the XB-1’s diminutive size. That is something that future customers can examine in person. The XB-1 should fly later this year. Northrop has not expanded on the various military use cases the Overture could have, but medical flights are important when lives are on the line. Wounded military personnel had to be flown to Germany for specialized treatment during the wars in Iraq and Afghanistan so quick medical evacuation would be useful to the military, especially if there is ever combat in East Asia.

Boom looks like a scrappy company with big dreams. It has been funded so far to a tune of $247.5 million, but new airplane manufacturers can burn through their cash reserves quickly. The new announcement with Northrop Grumman could show venture capitalists that Boom Supersonic is here to stay, provided it meets its milestones and ground and flight tests go well to keep it on time and under budget. Supersonic intercontinental flight could be a success story not seen since the Concorde SST flew.