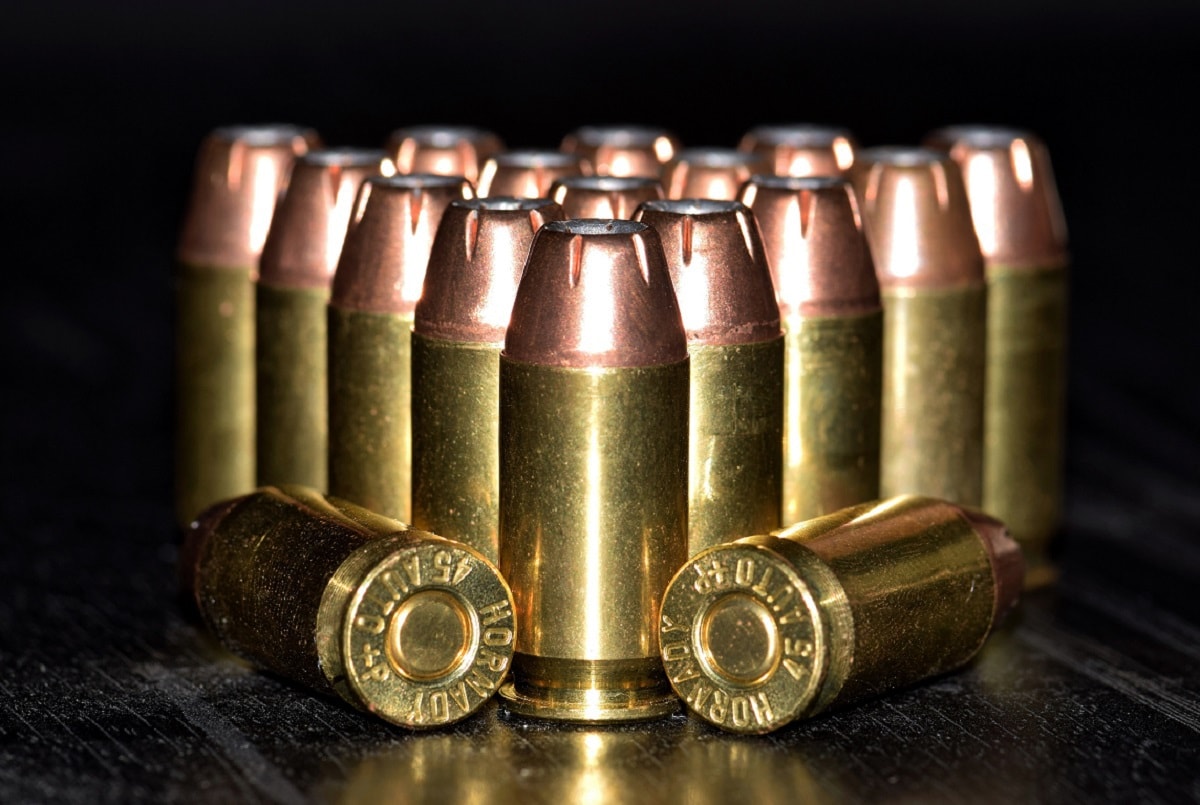 The Great Ammo Shortage: Are We At the End? Even with Covid cases once again on the rise with even President Biden now infected, the country continues to settle into a “new normal.” Gas prices have come down slightly after the Fourth of July holiday, but inflation remains a serious issue, reaching 9.1 percent in June, the highest since November of 1981, and up from 8.6 percent in May.

For shooters, the biggest sign of a “return to normal” has been that after nearly two years, the demand for ammo has been waning. The pandemic spurred record sales of firearms, while at the same time supply chain bottlenecks have limited production. That created a perfect storm where the demand outpaced supply – and for months, empty shelves were a common sight at gun retailers across the country.

Only this year has supply managed to catch up with demand. But in addition to increased production, the aforementioned record inflation is another factor. Ammunition prices are below the record highs of 2020 and early 2021, yet are still higher than pre-pandemic levels.

According to AmmoPricesNow.com, the per round price of 9mm has been averaging around 22 cents, nearly the same level as June 2020 when demand began to pick up considerably. That was almost double the 12 cents that the same caliber ammunition had been selling for just a year earlier. Similar trends are being seen in the most popular calibers.

In other words, demand for ammo is down because it is costing more to put food on the table and fuel in the tank. Increased calls for gun control will likely result in an uptick in gun sales, which could have a very quick ripple effect that results in empty shelves of popular ammunition calibers again.

In addition, supply chain bottlenecks haven’t been fully addressed, and many of the components used in the production of ammunition for the civilian market continue to be diverted to manufacturers in Europe to supply small arms ammunition for Ukraine. The longer the conflict drags out, the more likely it is to impact American shooters.

The U.S. is actually heavily reliant on China and Russia for many of the components utilized in the production of ammo used by the military. That will have a trickle down effect which will certainly impact the civilian market.

Just last month, the House Armed Services Committee took its first stab at addressing China’s grip on the supply of antimony – a mineral that is critical to the defense-industrial supply chain. It is used to produce everything from armored-piercing bullets to explosives to nuclear weapons. There is no current domestic mine for the rare mineral, and that should be seen as a serious issue for the military.

Nukes, of course, don’t impact commercial ammunition, but other materials – notably copper are also in short supply as demand is booming. It is a key component of the green energy movement, and there simply isn’t enough copper to go around. 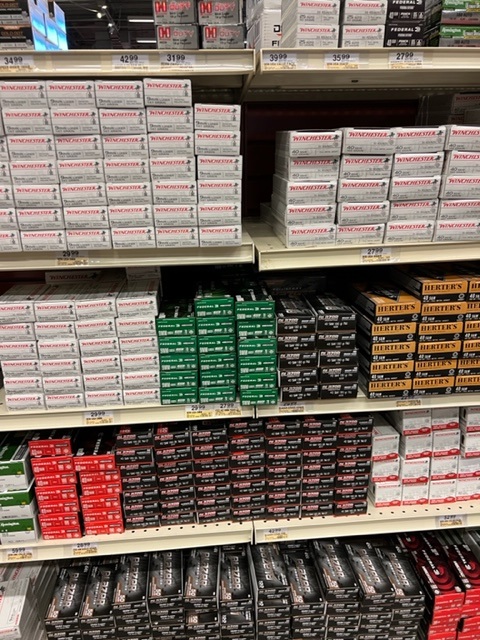 Image from Bass Pro Shop outside of Baltimore, MD. June 2022.

Another wild card that likely wasn’t seen is the current heat wave, which is gripping almost all of the continental United States and much of Europe. The extreme weather conditions could disrupt supply chains globally, and that will further keep the critical components from reaching manufacturers.

Advice to shooters, buy it if you see it. This doesn’t mean hoarding, which only serves to drive up prices. But be warned: another great ammo shortage could be looming. 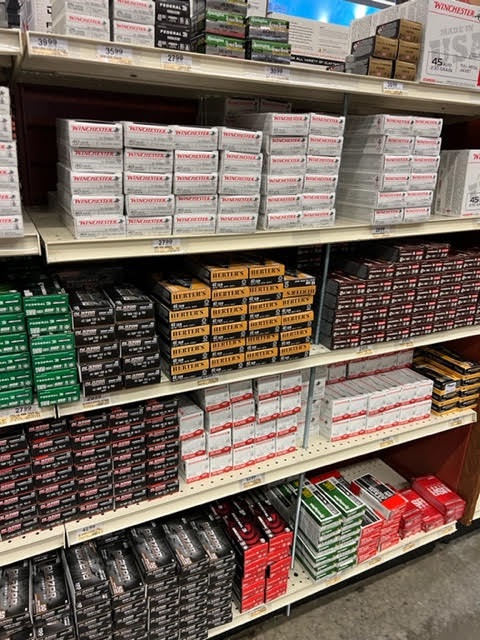 Image from Bass Pro Shop outside of Baltimore, MD. June 2022.