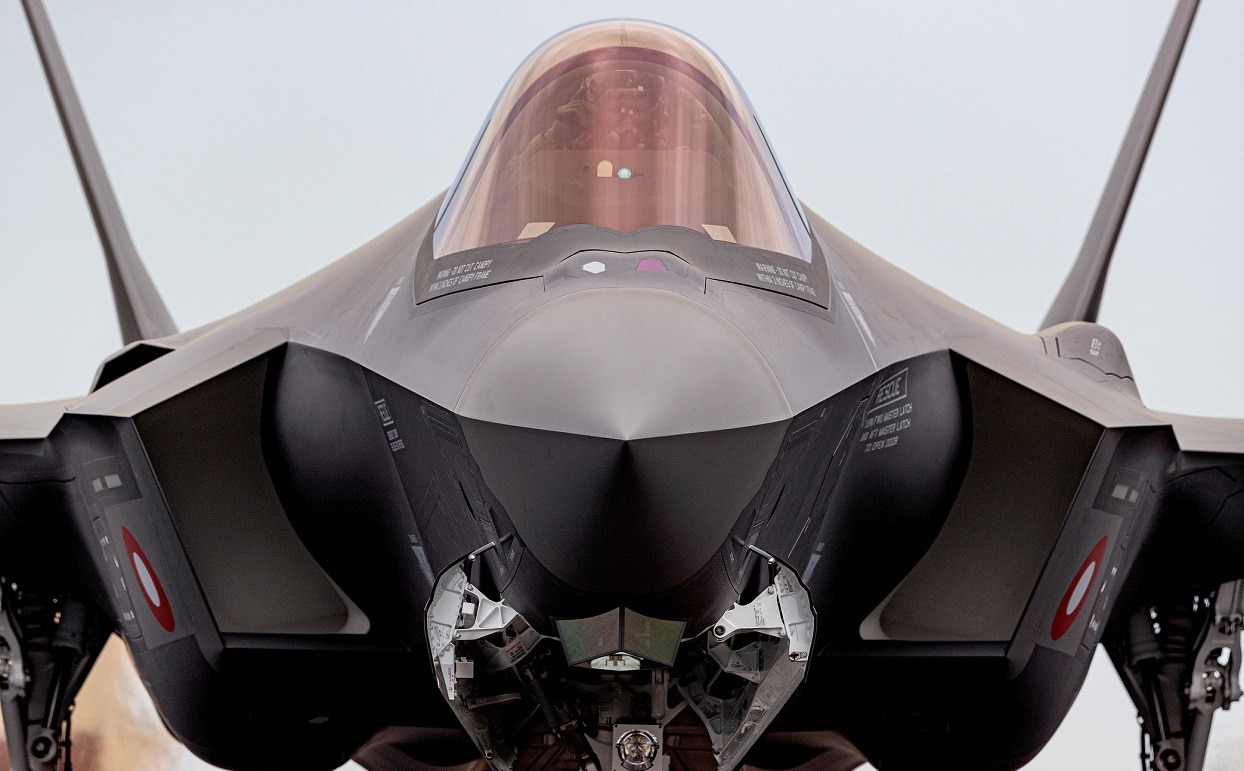 The great winner of the war in Ukraine certainly won’t be Russia or Ukraine itself. In fact, as strange as this is, it might just be the F-35 stealth fighter – or weapons platforms that can be successful in contested spaces. Here is what how one expert put it: Aerospace and defense giant Lockheed Martin announced recently that the delivery of the first F-35 Lightning II to Germany would be made in 2026, and the company said it expects more orders for the fifth-generation stealth fighter in Europe. Greece and the Czech Republic have each expressed significant interest.

Finland and Switzerland recently concluded deals to purchase the F-35. Swiss industry already plays a role in building the stealth fighter, with six suppliers providing components to the aircraft. Moreover, the Finnish Air Force will receive a total of 64 F-35A aircraft, with the first also arriving in 2026. The deal with Helsinki was actually announced last year before Russia launched its unprovoked and unwarranted invasion of Ukraine – which has since spurred Finland to seek NATO membership.

The decision by the German Luftwaffe to adopt the F-35 is not surprising. After years of neglect of its military, Berlin was also motivated by Russia’s hostile actions and announced it would significantly increase defense spending. The Lockheed Martin F-35s will replace the Luftwaffe’s aging fleet of Tornado aircraft.

German companies, including engine maker MTU, are now exploring ways that they could join the F-35 supply chain or otherwise provide maintenance for the stealth aircraft.

Lockheed Martin shareholders may want to send a personal thank you to Russian Federation President Vladimir Putin, as the war in Ukraine could be seen as a giant sales pitch for the F-35. Since launching its attack on February 24, Russia has utterly failed to achieve air superiority and currently, at best maintains aerial parity.

By most accounts, the air war has gone badly for the Kremlin, which has seen two of its “advanced” Sukhoi Su-35 (NATO reporting name “Flanker-E”) shot down in the still contested skies over Ukraine.

One factor could be that Russia has largely relied on its older fourth-generation aircraft, and it is becoming increasingly apparent that they lack the capabilities to take control of the sky. Simply put, the fourth-generation aircraft – even Russia’s so-called “4++ models” – don’t seem to cut it anymore. Such aircraft may be a more affordable option, but that won’t matter if they all get destroyed.

Moreover, Ukraine already has the tools to counter the aging aircraft. 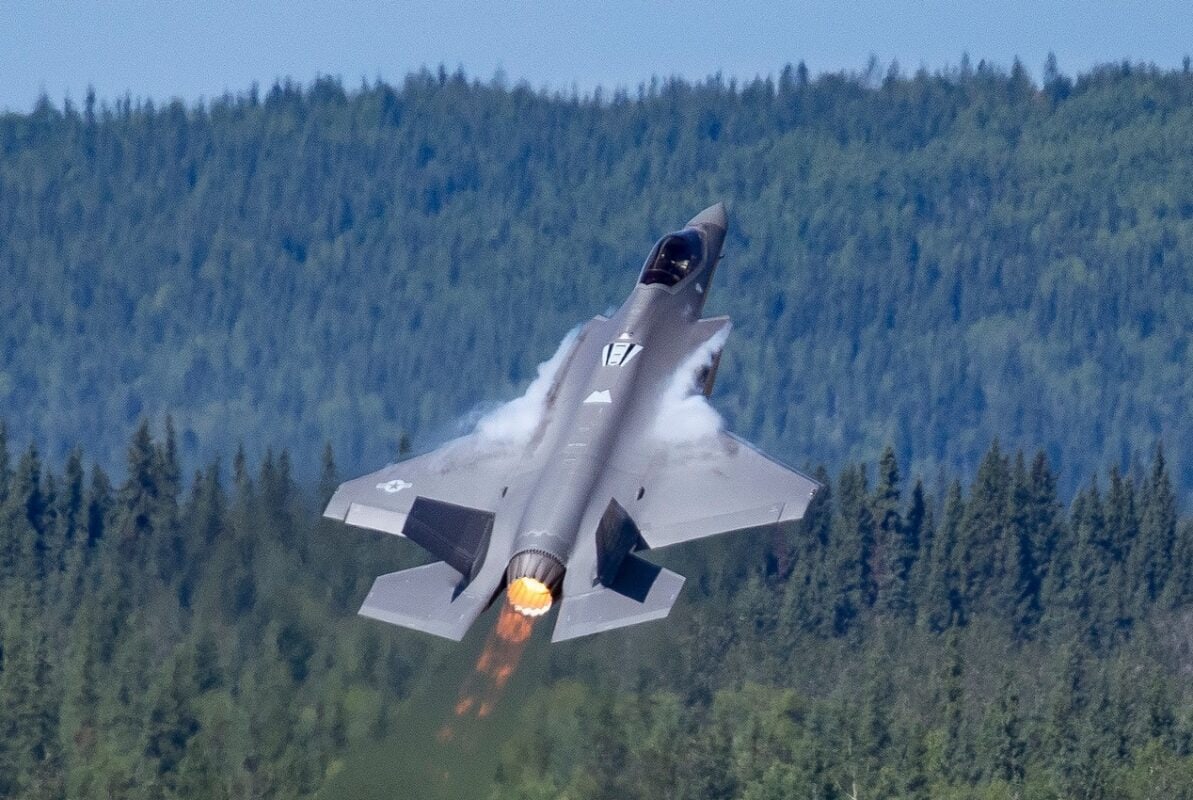 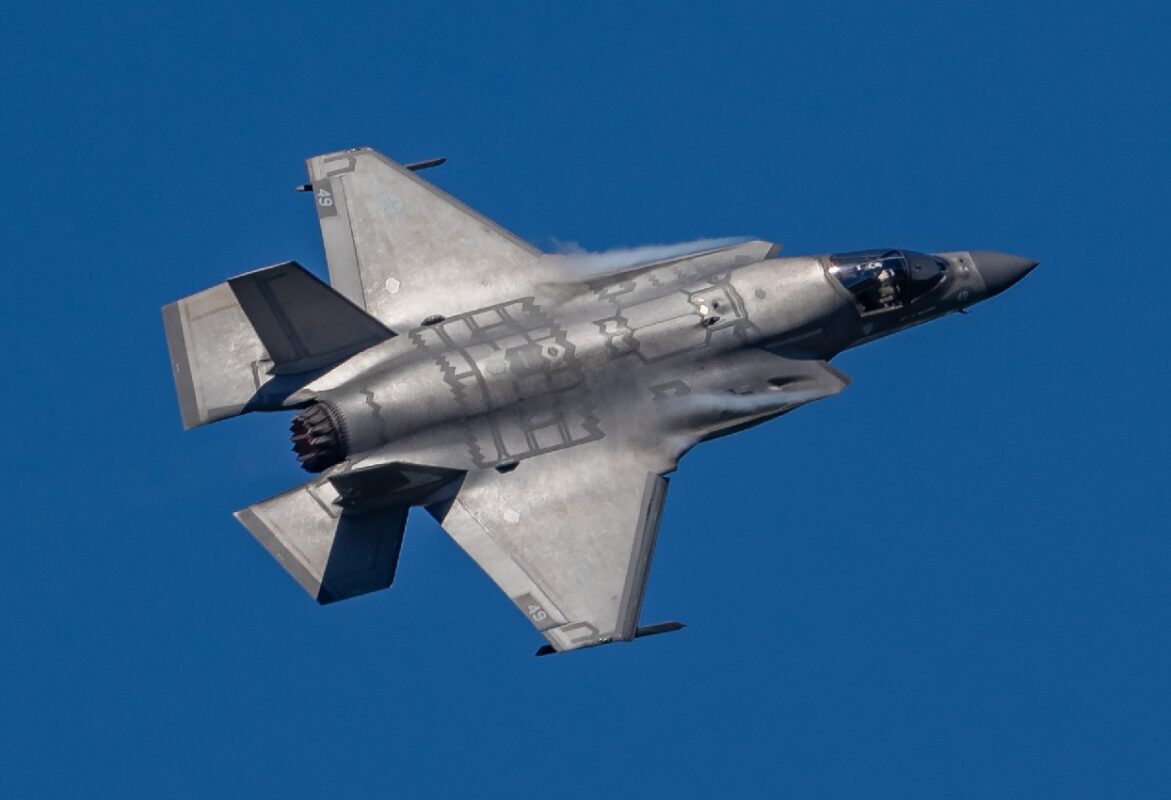 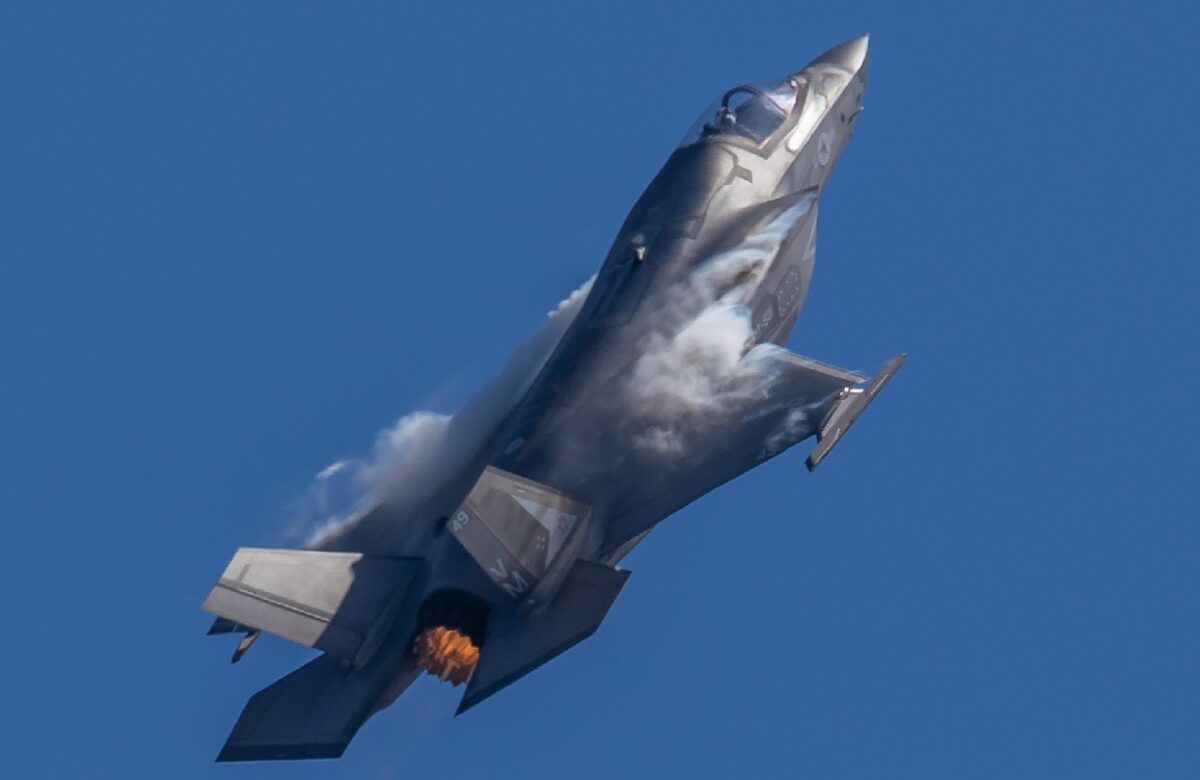 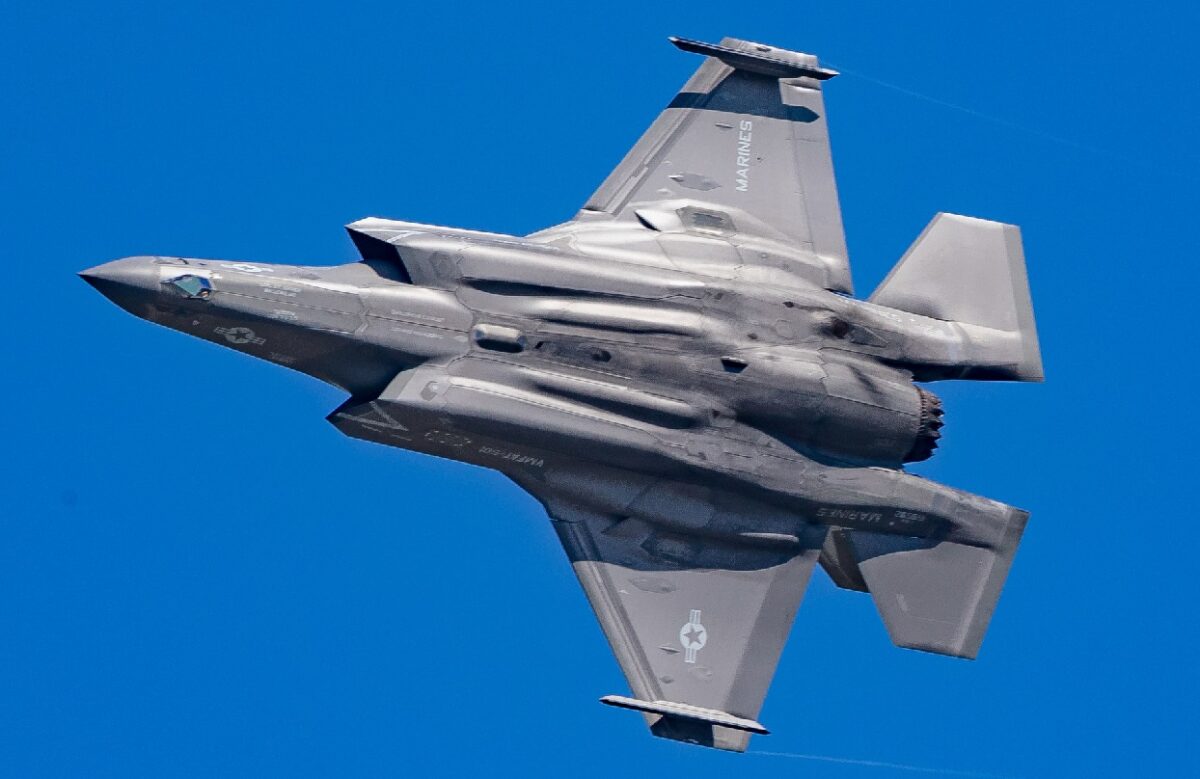 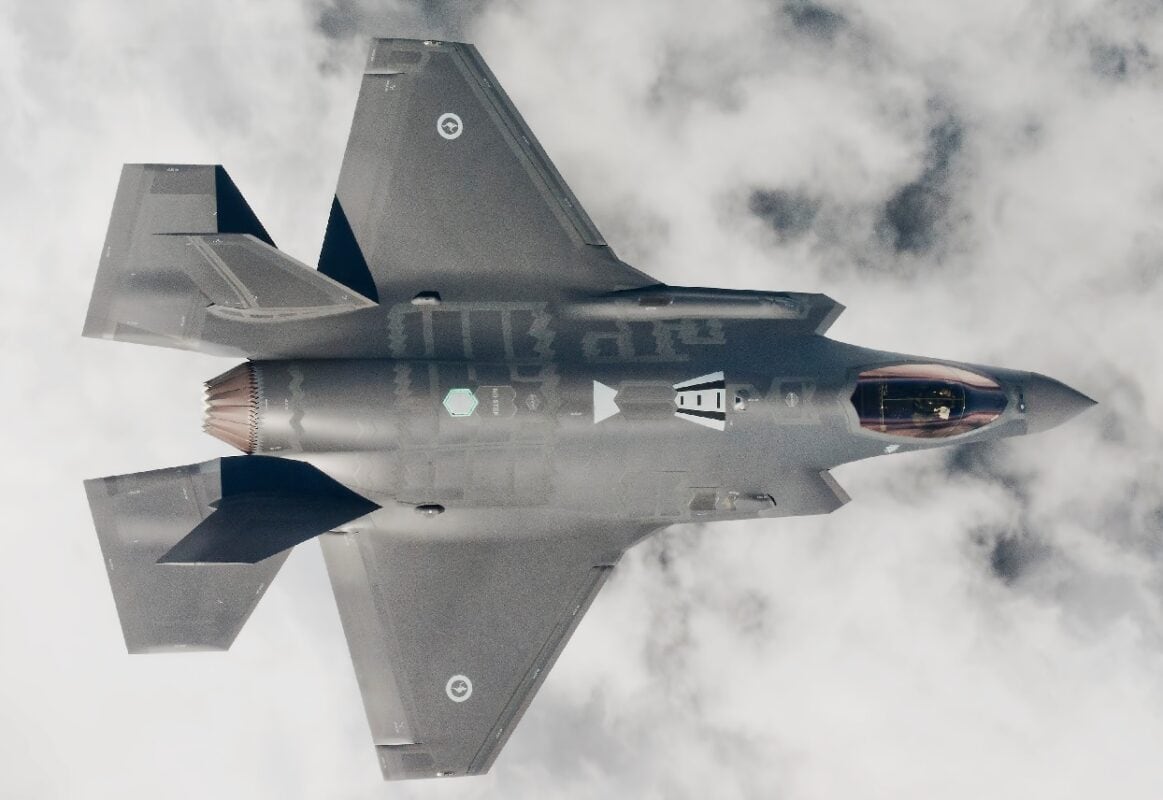 Earlier this year, Slovakia transferred a number of its Russian-made S-300 air defense missile systems to Ukraine, and others could be on the way. Moscow has long-touted the capabilities of the platform, and that could explain why the Kremlin hasn’t attempted to take control of the skies over Ukraine. Russian aviation experts likely know that it is a matter of the air defense capabilities that outmatch its aging fighters.

“The war in Ukraine proves once and for all that ideas such as the F-15EX fighter that aren’t stealth a really foolish and will only get U.S. pilots killed in a war with Russia or China,” explained Harry J. Kazianis, President and CEO of the Rogue States Project. “The F-35 is the only fighter jet ready and able to tackle the tough air defenses of the future like the S-300, S-400 and S-500 they will have to defeat.”

Given the state of the air war in Ukraine, the necessities of fifth-generation aircraft – notably the F-35 – are likely only to become more apparent.

“The F-35 was designed to operate in highly contested airspace, with capabilities precisely focused on what we have been seeing in Ukraine today,” Billie Flynn, a former Canadian lieutenant colonel and senior F-35 test pilot for Lockheed Martin, told TheAviationist in April.

Flynn added that the F-35 would be the sort of aircraft that could pave the way, and even work alongside other fighters once the airspace isn’t so contested.

“If you have F-35s, you do not necessarily need F-16s to do the damage that the F-35 would bring,” Flynn continued. “They’re a monstrously capable and lethal platform, against SAMs or any kind of ground defenses or troops. But once Air Dominance is achieved, when you need additional firepower, you use the F-35 to protect the F-16s.”

Lockheed Martin should put that on its marketing material.