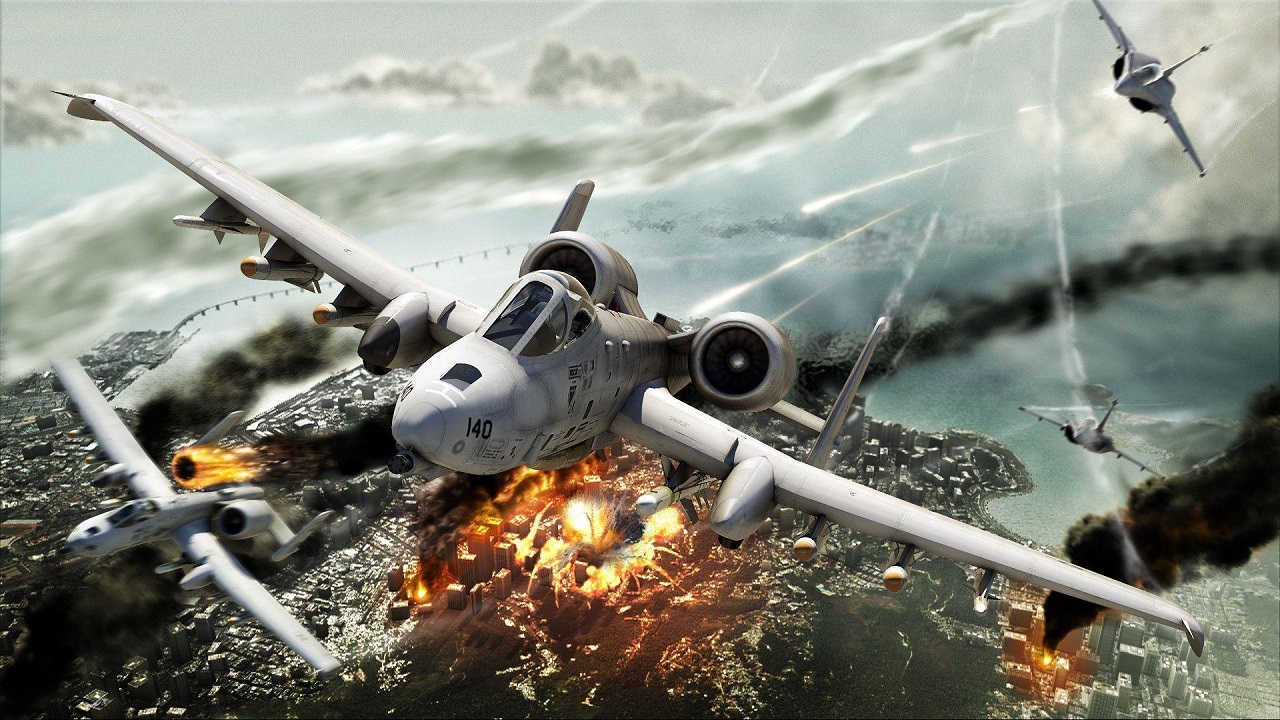 Shortly after yours truly became a full-fledged member of the 19FortyFive crew, I wrote an article on the 50th birthday of the Fairchild-Republic A-10 Thunderbolt II, known far better to her crews and the general public as the “Warthog.” My concluding words to that piece were “Happy BRRRT-Day, A-10 Warthog.”

The piece discussed the plane’s legendary abilities both to take brutal punishment and to dish it out. However, the article also acknowledged that the Warthog’s birthday party wasn’t all happy times ‘n’ pass the Jeremiah Weed shots, as many of the U.S. Air Force brass have not only been pushing to retire the plane, but trying to force the issue by starving the Warthog of funding. That said, in the past few days, one of our readers brought to my attention an upgrade program that may save the venerable tank-buster for at least a few more years: the so-called Super Warthog.

Why Waylay the Warthog?

Before we discuss the protective improvements the Super Warthog program brings into play, we should ask why the brass want to retire the A-10 in the first place, especially when it is still such an effective combat aircraft. Age alone does not provide an adequate answer. There are several warplanes in the U.S. arsenal that are even older than the A-10, and that are still kicking ass and taking names.

Kyle Mizokami reveals part of the rationale: “The service has consistently argued that the A-10 cannot survive on the modern battlefield and that A-10 funds are better invested in newer planes such as the F-16 Fighting Falcon — and, now, the F-35 Joint Strike Fighter.”

Of course, in the case of the F-35, given what a money pit that plane has turned out to be thus far, any savings/offset provided by nixing Warthog would probably be a mere drop in the bucket.

In addition, there are concerns that the A-10, tough old bird though she is, would not be able to stand up to the modern air defense systems wielded by Red China and Russia. Given the losses suffered by the Sukhoi Su-25 “Frogfoot” — the Warthog’s Soviet-designed counterpart — in the ongoing conflict in Ukraine, there is at least some validity to this concern.

Super Warthog to the Rescue

The Super Warthog program — officially dubbed the A-10 Common Fleet Initiative — is meant to address these concerns. In the process, the initiative hopes to keep the old girl going until sometime in the 2030s.

Chief among the upgrades in terms of countering adversary air defenses is the addition of the GBU-39 Small Diameter Bomb (SDB), which has a range of over 60 miles and would therefore give the Warthog previously unpossessed standoff attack capability. Conceivably, SDB-laden A-10s could work in tandem with Unmanned aerial vehicles to do double-duty, performing a Suppression of Enemy Air Defenses role in addition to tank-plinking.

Another new arrow in the Super Hog’s quiver is BAE’s AGR-20A Advanced Precision Kill Weapon System, which not only “smartens”2.75-inch (70mm) unguided rockets, but might even enable the A-10 to carry out maritime strike missions. This sort of capacity could (ahem, cough cough), come in handy for a concerted effort to break a naval blockade in the Black Sea…strictly hypothetically speaking, of course.

And then there’s the High Resolution Display System. As described by USAF Maj. Matthew Kading, A-10 Test Director for the 59th Test and Evaluation Squadron, the HRDS “is a 11.6-inch, 1920 x 1080-pixel Multifunction Color Display that replaces [the cockpit’s central ‘six-pack” of analogue instruments] with a digital primary flight display. This will display high definition targeting pod footage and a new map engine. It is the most significant cockpit modernization since the A-10A to A-10C conversion.”

Among the first A-10 units to receive these “Super” upgrades were the “Blacksnakes” of the Indiana Air National’s Guard’s 122nd Fighter Wing.

A friend and former colleague from my damn dirty mercenary, er, privateer, er, private military contracting days who happens to be a retired USAF Warthog driver, agreed on condition of anonymity to provide me with his own views on the viability of the Super Warthog:

“If you’re talking about some new version of the A-10 that is not yet fielded, Not a chance it will even get done. However, If you’re talking about the current version the A-10C with the upgraded avionics, smart weapon capabilities, etc. Then it is viable for a bit longer. The AF has never wanted it, or the mission, so they keep pushing to get rid of it. Politically, it had been protected by AZ Sen. McCain and McSally, but now that they are no longer there, the pressure is increasing to shorten its expected life span. We’ve already seen a sizable cut in the fleet size a few years ago and I suspect that by 2030 it will be retired, give or take a year or two. Officially, I think it is supposed to go to 2035 or 2036, however, the scuttlebutt on the streets is the 2030 mark unless somebody in congress gets some backbone to prolong it.“