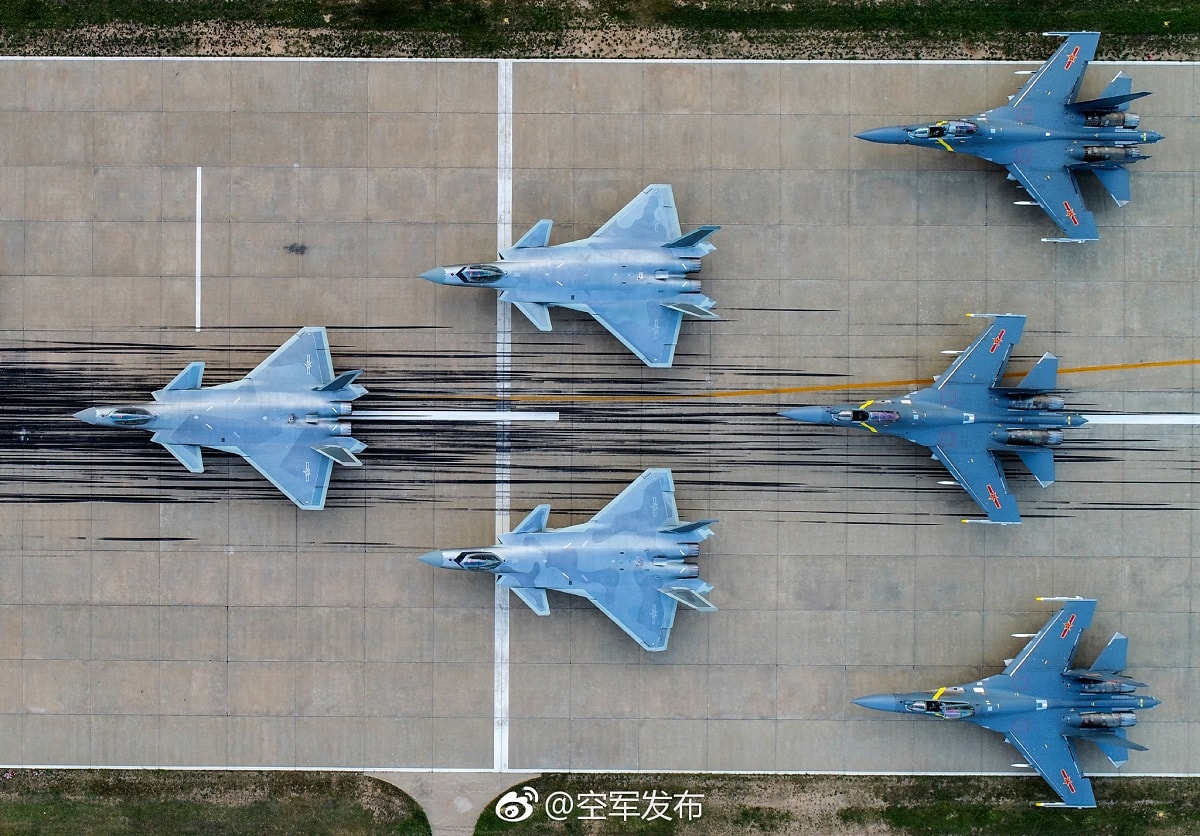 Don’t blame Speaker Nancy Pelosi for the Taiwan crisis. She is not the first American official to visit Taiwan, nor should she be the last. Twenty years ago, George H.W. Bush sent Carla Hills, the U.S. trade representative and the first Cabinet-level official to visit Taiwan. Bill Clinton dispatched his Secretaries of Transportation and Energy, as well as the head of the Small Business Administration. In 1995, Taiwanese President Lee Teng-hui spoke before an audience of 3,000 at Cornell University.

The reasons President Xi Jinping escalates this crisis now are threefold. As my colleagues Nicholas Eberstadt and Peter Van Ness show, China’s population is now likely shrinking. That has profound implications for China’s future economy. Xi’s mishandling of COVID-19 from the likely initial lab leak to his zero COVID lockdowns has also decimated the economy and international confidence in the Renminbi, China’s official currency. Xi reverts to the first chapter of every dictator’s handbook: To deflect blame for corruption and economic incompetence, play the nationalist card.

The second reason Xi escalates is Joe Biden and his National Security Advisor Jake Sullivan. By rebranding deterrence as “endless war” deserving of condemnation, Biden and Sullivan convinced dictators in Moscow and Beijing that aggression could work. The incompetence of the withdrawal from Afghanistan compounded that notion.

After all, for the five years prior to the withdrawal, the expense of the U.S. mission was not much greater than its deployments to Japan and Korea. Sullivan’s penchant for walking back Biden’s public commitments to defending Taiwan also sowed strategic confusion. The Anchorage Summit was a disaster. Chinese officials convinced themselves that Sullivan and Secretary of State Anthony Blinken were unserious and weak when they allowed the Chinese team to abuse them and use them as foils in a manner unseen since the Mao-era meetings in Warsaw and Geneva.

The final reason Xi now escalates is that the White House mishandled the news of Pelosi’s trip from day one. There was no reason to announce the trip in advance. The White House – likely at Sullivan’s discretion – appears to have leaked word to the Chinese so that Biden could have it both ways: Pelosi would go, but Biden’s team would ingratiate itself to Beijing by telling Xi that they had tried. By the time they realized their mistake, the consequence of backing down had become far greater.

So what should Biden do now?

Two past episodes should give Biden insight into how he should now act.

Between October and December 1973, North Korean military vessels crossed the maritime boundary around the islands almost every other day and then, in February 1974, seized one South Korean fishing vessel and sunk another. The U.S. military stood down in the face of such provocation. Kim misinterpreted both U.S. inaction and the end to the Vietnam War as a sign that he was negotiating from a position of strength. He demanded a new status quo in which there would be no American troop presence in South Korea. If Washington did not accede to his demands, he threatened war.

As the Ford administration wound down, North Korea struck at Americans in the demilitarized zone. As Captain Arthur Bonifas supervised trimming a tree that obstructed an American observation post, 20 North Koreans soldiers knocked Bonifas and Lieutenant Mark Barrett to the ground and hacked them to death with axes.

Pyongyang blamed the violence on American presence. Rather than diffuse the situation diplomatically or offer any compromise that would allow Kim to save face, the United States launched Operation Paul Bunyan. Ford dispatched the USS Midway strike group toward the Korean peninsula. B-52 bombers and jet fighters went on high alert, as did American troops and South Korean Special Forces. Against this massive mobilization, U.S. army engineers cut down the tree. The display of resolve worked. Not only did North Korea stand down, but the Dear Leader also offered regrets.

The dispute over Pelosi’s visit is not the first time the Chinese Communist Party has blustered to intimidate.

In December 1954, the United States and Taiwan signed a mutual defense pact. Chairman Mao Zedong responded by shelling Quemoy and Dachen, smaller islands off the Chinese coast belonging to the government in Taiwan. Rather than back down and, as Mao expected, compromise by turning those islands over to Chinese Communist Party control, President Dwight D. Eisenhower stood firm and even threatened to use nuclear weapons. Communist China was not yet a nuclear power, so Mao blinked. Zhou Enlai, his premier and foreign minister, offered talks. Eisenhower accepted. Chinese aggression against the islands ceased, at least for a few years.

In January 1958, however, Mao launched the Great Leap Forward in which he promised to “catch up with the United States.” To fan revolutionary spirit, he provoked another crisis by shelling Quemoy. Eisenhower again stood firm, deploying the largest flotilla in American history to show communist leaders they could not bully the United States.

It worked, this time for several decades but, in 1996, as Taiwan prepared for its first democratic presidential elections, Beijing decided to try again. The People’s Liberation Army twice shot missiles with dummy warheads into the Taiwan Strait as a signal to voters attracted to a pro-independence candidate. To his credit, Bill Clinton responded by dispatching two carrier strike groups to show intimidation would not work. The Pentagon subsequently began to talk with its Taiwanese counterparts more frequently to reinforce publicly their relationship.

Today, Xi has backed himself into a corner. He has promised military action but likely does not want a full-scale confrontation with the United States. Again, as Eberstadt has pointed out, decades of one-child policy and femicide have skewed demography. Should China launch an invasion of Taiwan, a topographically difficult target, it would likely cost tens of thousands of Chinese lives. Each Chinese soldier represents an only child on whose support his parents count. Xi understands the societal ripple effect this might have on Chinese stability, especially among the middle class and elite strata.

Reacting to China’s Next Move

Accordingly, expect China to focus its anger again on Matsu and Quemoy, Penghu (the Pescadores), or perhaps Itu Aba (Taiping), a Taiwanese island in the South China Sea. The question then becomes how the United States should react.

Xi is responsible, but Biden and Sullivan’s missteps helped create the perfect storm. What the lessons of the past show, whether in Korea or the Taiwan Strait, is that success requires proactive action; to be reactive is to fail. It is essential that Biden find his inner Eisenhower and send multiple carrier strike groups to the Taiwan Strait and South China Sea. He must make clear that the United States will consider an attack on Matsu or Quemoy as no different than an attack on Taipei itself.

And just as the Pentagon increased its talks with Taiwan after the 1996 crisis, so too must Biden now consider how to tighten the United States partnership with Taiwan today in order to show Beijing that its threats will always backfire.

This could mean recognition of Itu Aba as an island belonging to Taiwan.

It should also mean an abandonment of the “One China” policy, a Kissingerian compromise that has no basis in history or, as Xi admits, international law.

It should also mean scaling back China’s diplomatic presence in the United States to just the embassy in Washington and China’s UN mission in New York.

Finally, this latest crisis should end the debate about whether Taiwan needs its own nuclear deterrence. It may be romantic and idealistic to believe that Taiwan can deter China without nuclear weapons, but it is foolish to believe so.

Biden may justify compromise in order to avoid war, but he must recognize that compromising with dictatorships never brings peace, but only encourages greater aggression. To stand firm on Taiwan today is to prevent a far greater chance of conflict tomorrow.

In this article:China, Nancy Pelosi, Taiwan, War with China