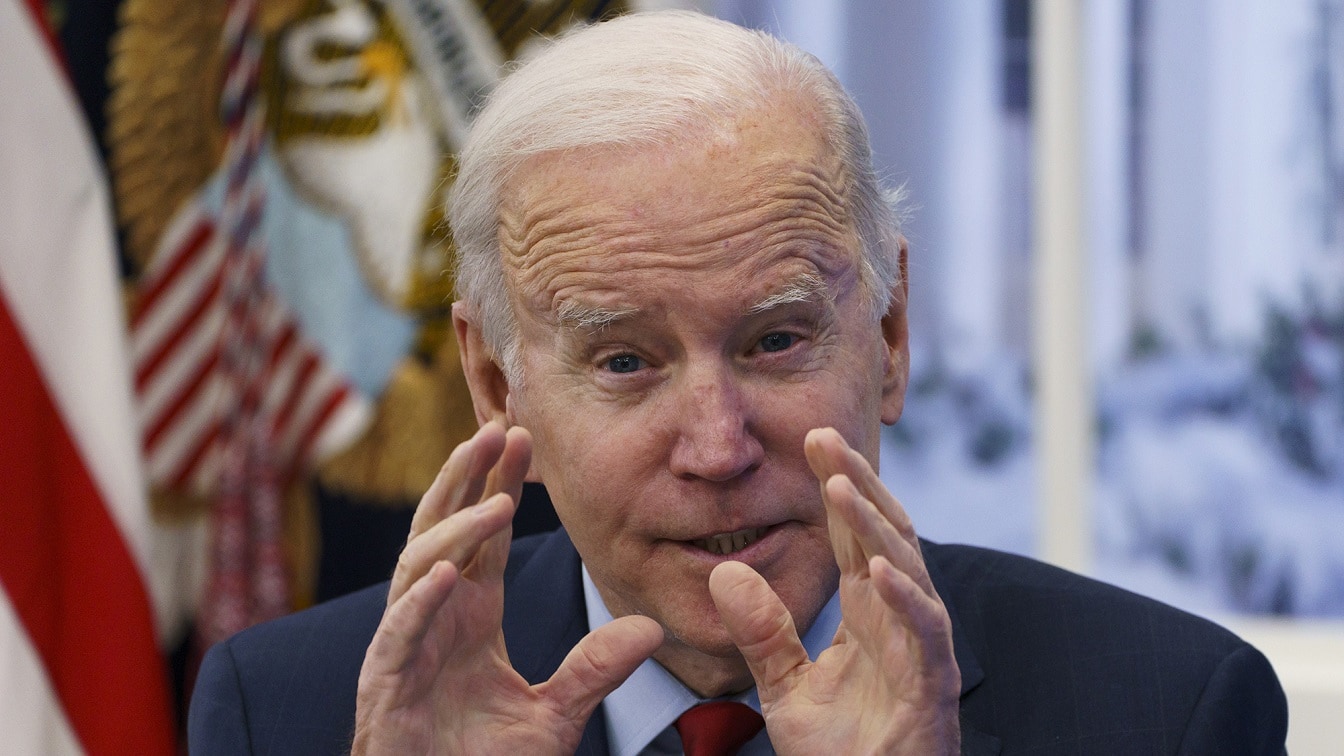 Since the pandemic started, the federal government has erased over $100 billion of student loan debt through a moratorium on loan repayments. President Joe Biden just extended that pause yet again—and added $10,000 to $20,000 per borrower in student loan cancellation along with limits on monthly repayments.

This comes at a time when out-of-control inflation is eroding the paychecks and bank accounts of all Americans, and as employers also are struggling with inflation as well as supply chain issues and an unprecedented labor shortage.

This half-a-trillion-dollar plan, which is both morally and economically derelict, will make both inflation and the labor shortage worse.

The Committee for a Responsible Federal Budget estimates that a $50 billion, one-year extension of the pause in student loan repayment would increase inflation (as measured by the personal consumption expenditures index) by 20 basis points.

The budget group’s estimates for the roughly $500 billion worth of taxpayer spending on loan “forgiveness,” payment pause extensions, and other payment reductions will be significantly more inflationary.

Moreover, in one year these provisions would wipe away almost two times the 10 years’ worth of deficit reduction estimated to come from congressional Democrats’ recently passed Inflation Reduction Act.

Student loan repayments generally require people to work to repay their debts. The extended pause on loan repayments, up to $10,000 or $20,000 in outright loan forgiveness, and a new income-based repayment provision that eliminates payments for those who don’t work would make it even easier to work less or not at all.

And this comes on top of a slew of bad government policies that have caused unprecedented labor shortages.

Nearly two job openings are available today for every unemployed worker, and half of employers report that they have job openings they can’t fill.

Even as the working-age population is up by 4.4 million since the start of the COVID-19 pandemic, 576,000 fewer people are employed. If the same share of the population employed before the pandemic also were employed today, 3.3 million more Americans would be productively contributing to the nation’s economic output.

If all those missing workers were contributing to the economy instead of sitting on the sidelines, it’s possible that gross domestic output would not have declined in the first half of this year and the U.S. might not be entering a recession.

My latest analysis of the unprecedented labor market shows that young workers ages 20 to 24 have experienced some of the largest declines in employment—second only to workers ages 65 and older.

In addition to the $600-per-week bonus unemployment benefits that generated more income than a paycheck for most younger Americans, the moratorium on student loan repayments translates to giveaways of thousands of dollars that make it easier for some Americans to work less or not at all.

It may seem like a boon to young, childless workers who now can afford to spend less time working and more time on leisure, but long periods of unemployment and underemployment are terrible for workers’ future trajectories—especially when they come early on in one’s career.

In addition to discouraging work, these giveaways encourage college dropouts by reducing the cost of dropping out—perhaps creating the greatest incentives for the lowest-income students to drop out.

Presuming that students’ Pell Grant debts are included in the $20,000 of forgiveness, the difference between a student’s current obligation to repay Pell Grants if she drops out before completing 60% of the term and now not being required to repay up to $20,000 of those debts could be huge in a decision to finish school or not.

More college dropouts would cause a further decline in the already abysmal rate of fewer than 3 in 5 students completing a “four year” degree within six years.

If the Biden administration wants to make it easier for Americans to repay their college loans, there are many better ways than forcing other Americans to pay for them.

For starters, the administration should encourage—instead of close off—more affordable education options.

And the best way to make it easier for Americans to repay their loans is for them to work and to earn rising incomes. Over the past year, inflation has erased $5,100 of value from the average worker’s paycheck, which is far greater than the average annual student loan payment of $2,700.

The administration should remove existing work disincentives and reduce government spending—instead of increasing it by a half a trillion dollars—so that inflation doesn’t continue to erode Americans’ paychecks.

Expert Biography: Rachel Greszler is research fellow in economics, budget, and entitlements in the Grover M. Hermann Center for the Federal Budget, of the Institute for Economic Freedom, at The Heritage Foundation. This first appeared in Daily Signal.

Rachel Greszler is research fellow in economics, budget, and entitlements in the Grover M. Hermann Center for the Federal Budget, of the Institute for Economic Freedom, at The Heritage Foundation.