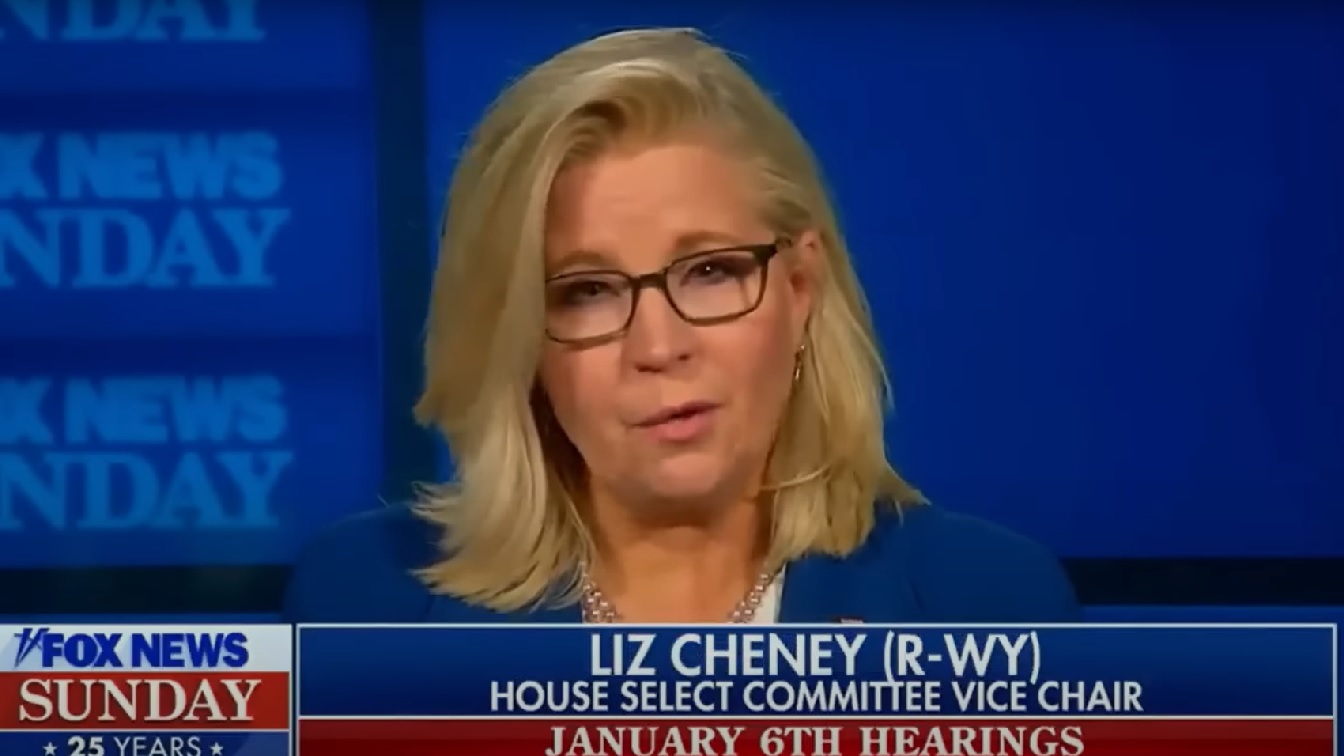 Liz Cheney: What Is She Up To? After Republican Wyoming Rep. Liz Cheney lost her primary election on Tuesday, raking in less than 30% of the vote, President Joe Biden reportedly picked up the phone and gave the controversial political figure a call.

Cheney, who sits on the House January 6 Committee and voted to impeach former President Donald Trump twice, has become a darling of the Democrats over her refusal to back Trump’s America First agenda and her efforts to remove him from office. Her insistence that the Trump agenda is bad for America, based on her belief that the GOP’s shift towards representing working-class interests is “neo-Marxist,” even won her the Profile In Courage Award. Cheney was given the award by Jack Schlossberg, the only grandson of JFK.

The support Cheney saw from the Democrats didn’t give her the boost she needed in her primary this week, which she hoped would see large numbers of Democrats switching their party registration and voting for her, but a phone call from President Joe Biden is by no means insignificant.

Bloomberg reported that a person “familiar with the conversation” said that the president reached out to Cheney in the wake of her loss in Wyoming, but representatives of both the White House and Cheney refused to comment.

Is Liz Cheney Running In 2024 As A Democrat?

So, will Cheney run for the Democratic presidential nomination in 2024 or has some other big idea? Maybe, but a phone call from President Joe Biden is likely to be an indicator that this is the case.

It is, however, an indication of Cheney’s increasing willingness to work with the Democrats. Since taking her seat on the Democrat-established House January 6 Committee, which claims to be investigating the origins of the riot, Cheney has received frequent praise from Democrats who are equally dedicated to preventing Trump from entering the White House again in the future.

If Cheney chooses to run in 2024, as she alluded to in an interview on Wednesday, she faces an uphill battle. Cheney’s GOP no longer exists, and Republican voters are overwhelmingly supportive of Trump’s populist, working-class vision for the party. Cheney likely knows this, meaning if she does run as a Republican in 2024, it will be more of an opportunity to go head-to-head with Trump on the debate stage and hopefully win over more Republicans to her side, rather than an effort to actually win the nomination and enter the White House.

Others have speculated that she may be considering a run as a Democrat, instead.

Steve Guest, a spokesperson for Texas Senator Ted Cruz, told Insider this week that Cheney is probably considering “Joining the crowded Democrat primary field that includes the likes of Kamala Harris, Pete Buttigieg, Elizabeth Warren, or any number of other Democrats.”

It may well be true, but running as a Democrat would come with a host of different problems. Not only would Cheney permanently destroy any possibility of running and winning as a Republican in the future, but she would also likely be rejected by Democrat voters who only appreciate her as a Republican willing to side with Democrats in Congress, and not as a Republican attempting to shift the Democratic Party slightly to the right.

We asked a senior GOP strategist who worked on the 2008 John McCain for President campaign as well as advised Mitt Romney and Scott Walker in their presidential runs what Cheney might be up to. He explained that “Cheney most likely wants to go head to head against Trump in 2024 with the goal of pulling enough old-school GOP voters away from the former president to ensure a Democrat wins the White House in 2024. That seems like the most obvious play to me. Cheney wants to destroy Trump – and this might be how she pulls it off.”

Expert Biography: Jack Buckby is a British author, counter-extremism researcher, and journalist based in New York. Reporting on the U.K., Europe, and the U.S., he works to analyze and understand left-wing and right-wing radicalization, and reports on Western governments’ approaches to the pressing issues of today. His books and research papers explore these themes and propose pragmatic solutions to our increasingly polarized society.