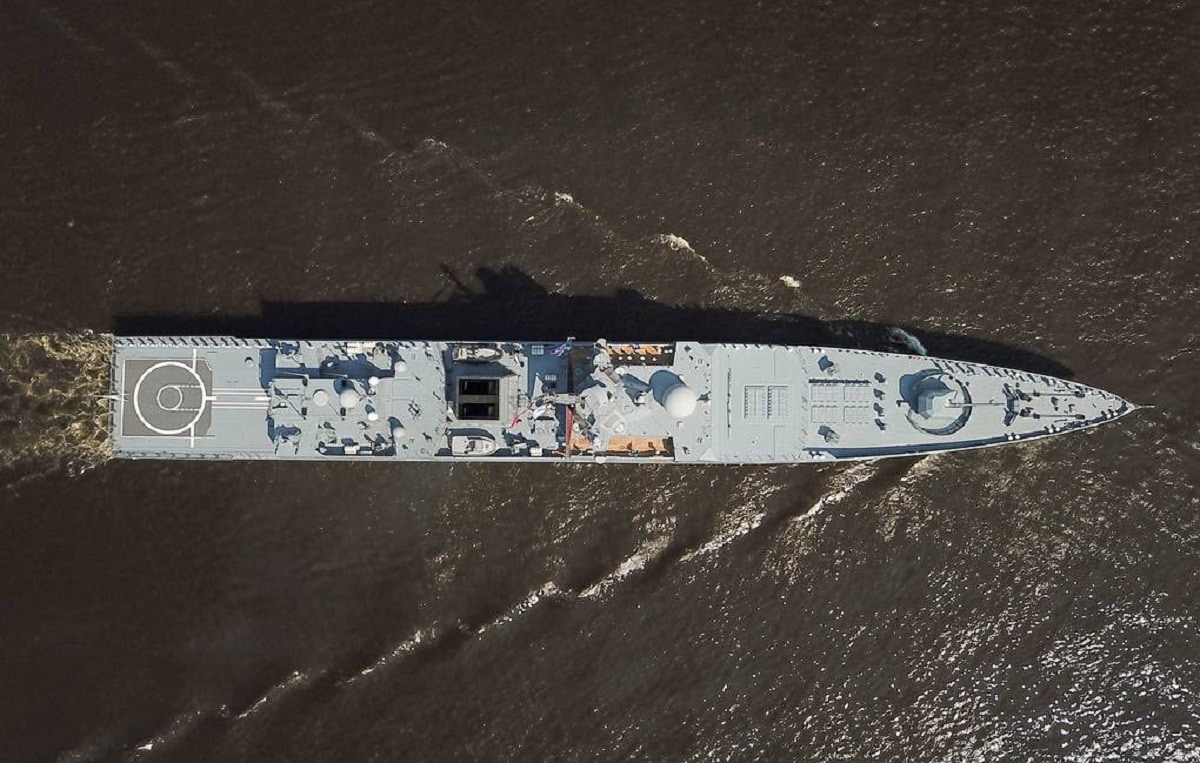 While less numerous than they were at their Cold War peak, Russia’s Soviet-designed Udaloy Class anti-submarine destroyers remain in heavy use by the Russian Navy today. Though never used in combat for their intended anti-submarine purpose, the Udaloys are now being transitioned into a broader mission set beyond just hunting submarines.

What is the Udaloy Class?

Russia’s Udaloy Class destroyers were primarily designed to counter U.S. and NATO nuclear subs in the event of a conflict between the Soviet Union and NATO. The class, whose name means “daring” in Russian, are also known by their Russian designation as Project 1155 Fregat (which translates to frigate). The original twelve examples of the Udaloy class were launched and commissioned into the Soviet Navy between 1980 and 1990, in the twilight years of the Soviet Union. The Soviet and then Russian Navy also created an updated version of the class known as the Udaloy-II or Project 1155.1, which was equipped to strike both submarine and surface targets.

The Udaloys have a displacement of more than 8,200 tons fully loaded, and are propelled by 2 M62 cruise gas turbines and 2 M8KF boost gas turbines, which allow the vessels to reach a maximum speed of 29 knots. Even in their basic form, the Udaloys are heavily armed, and are equipped with eight Rastrub-B anti-submarine missiles, 64 Tor surface-to-air missiles, and 2 Kortik air defense systems, as well as one dual 100mm DP main gun and four anti-aircraft guns. These original Udaloys were intended to protect Soviet cruisers and carriers at sea from enemy subs by preventing them from getting within firing range. In keeping with its intended anti-submarine warfare and surface warfare role, the sole Udaloy-II to be completed, the Admiral Chabanenko, was equipped with Kh-41 Moskit cruise missiles instead of Rastrub-Bs.

Modernization of the Udaloy Class

As a Soviet-legacy class of ships in Russian service, Russia has begun modernizing its remaining Udaloys which will allow them to take on a more hybrid anti-submarine warfare and surface warfare role. As the first and second Udaloy Class vessels to be modernized, the Marshal Shaposhnikov and Admiral Vinogradov Udaloys provide useful demonstrations of what this means in practice. The armament of both ships have seen significant modification, with their Rastrub-B anti-submarine missiles (which are also known by their NATO designation as the SS-N-14 Silex) were replaced with newer Uran anti-ship missiles and vertical-launch cells for Kalibr and even Russia’s experimental Tsirkon hypersonic anti-ship missiles. Russian media sources have also claimed that the Admiral Chabanenko will receive Tsirkons of its own once it finishes its modernization in 2023.

Russia’s Udaloy-class destroyers will likely remain an important element of the Russian navy in the near-term future. Speaking to the news outlet Izvestiya, Russian military expert Dmitri Boltenkov said that Udaloys may be able to fill the surface warfare role which Moscow intends the new Admiral Gorshkov class of frigates to fill while the ordered vessels are being constructed. Even after all planned Admiral Gorshkov frigates have entered service, Boltenkov believes that the Udaloys may remain in service for at least five additional years.

Despite their origins in Soviet times as anti-submarine destroyers, the Udaloy class appears to have found a second life through modernization and a transition to a more multi-purpose role.