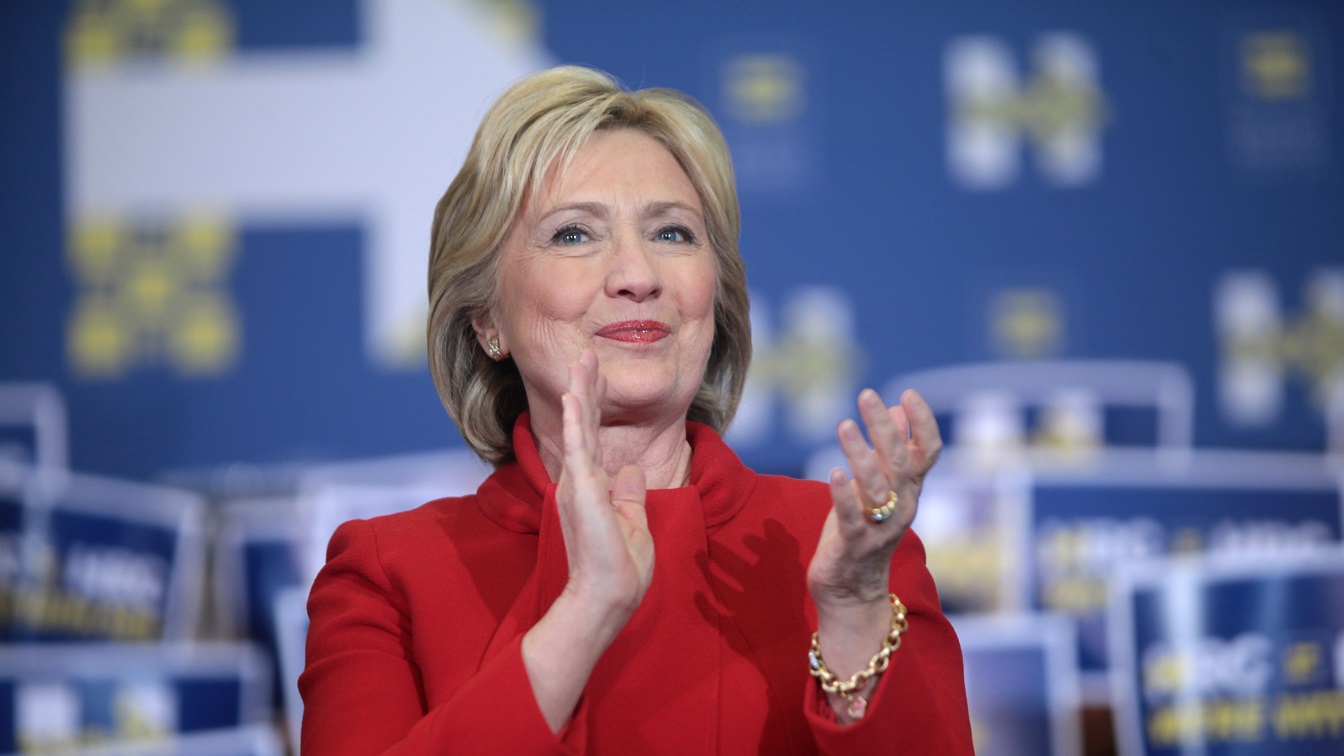 Hillary Clinton expected to be president. On two separate occasions, she was certain she would win the presidential election, becoming the first woman ever to serve in our nation’s highest office. The first time was in 2008 when a backlash against the Bush administration’s reckless warmaking all but assured the Democrats would take back the presidency. Hillary figured all she had to do was win the DNC primary and she would cruise to the Oval. She was the frontrunner, the most established candidate with the greatest funds available. The DNC primary was hers to lose.

The 2008 Election Still had a Historic First Win

Hillary lost the 2008 primary, of course – to freshman senator Barack Obama. Still, despite crushing disappointment, Hillary nurtured presidential ambitions; she bided her time, serving diligently as Obama’s Secretary of State, traveling the world, and maintaining a public presence. For eight years she waited, salivating for the opportunity to run again.

Hillary ran again in 2016. This time, the DNC field was weaker. This time, Hillary’s resume was even more robust. She was far and away the favorite to win the primary. Yet, an insurgency campaign, from Vermont senator Bernie Sanders nearly derailed Hillary’s bid for the DNC ticket, inspiring flashbacks to 2008. Hillary pulled through the primary – with a much smaller margin than anticipated – and pivoted toward the general election. Fortunately, despite sustaining unexpected damage during a bitterly contested primary, Hillary’s GOP opponent was not a serious candidate.

No one has ever been upset in a presidential election the way Hillary was upset in 2016. Donald Trump, a carnival barking, orange-tinted rookie successfully framed Hillary as a corrupt Washington insider – a part of the problem rather than the solution. While Hillary won the popular vote, she failed to secure the electoral college votes necessary. She lost, shocking nearly every observer.

Twice Hillary expected to be president – and twice she was upset. Hillary, known for her craven ambition, wanted the presidency desperately. It’s hard to imagine that her 2016 loss quelled her presidential ambitions; surely, she still wants it – which has led to speculation about a prospective 2024 run.

Does Hillary Have Another Run in Mind?

“The whispers of Hillary Clinton 2024 have started,” said a Chris Cillizza headline.

“Now is her moment. The Supreme Court’s decision to overturn Roe vs. Wade creates the opening for Hillary Clinton to get out of stealth mode and start down the path toward declaring her candidacy for the 2024 Democratic presidential nomination,” conservative political pundit John Ellis wrote on his Substack. Ellis argues that the conditions are favorable for a Hillary comeback, citing Biden’s advanced age, lagging popularity, and the DNC’s spartan bench. “There is no bench,” Ellis wrote.

“Democrats need a strong voice ready to fight to restore women’s rights, now that the Supreme Court has struck down Roe v. Wade,” Juan Williams wrote in the Hill. “There’s only one Hillary Clinton … Clinton is exactly the right person to put steel in the Democrats’ spine and bring attention to the reality that ‘ultra-MAGA’ Republicans, as President Biden calls them, are tearing the nation apart.”

The prospect of Hillary running in 2024 hinges squarely on Biden. If Biden runs for reelection, Hillary will not present a primary challenge to the incumbent president. If Biden withdraws, then we’ve got a different ball game. The DNC bench is weak, as Ellis points out; Hillary will unquestionably be enticed to run some numbers, and gauge her viability, but actually committing to another grueling presidential campaign is another thing entirely. Personally, I hope Hillary’s time in government positions is concluded.

Hillary Has Been Through This, and Lost, Before

As much as I love a proper comeback story – and a Hillary win in 2024 would make for perhaps the most epic comeback in U.S. political history – I can’t get behind a Hillary bid.

First off, Hillary has a well-documented, time-tested electability problem. Her ‘08 and ‘16 losses were not flukes or coincidences. She lost. To expect a different result on Hillary’s third kick at the can may be wishful thinking.

But my concerns over Hillary are more closely related to principle than practicalities. I don’t appreciate her ideology or her track record. Among my biggest concerns: Hillary’s hawkishness. “By any reasonable measure, Clinton qualifies as a hawk,” Micah Zenko wrote in Foreign Policy. “She has consistently endorsed starting new wars and expanding others.” As a senator, Hillary voted to authorize the invasion of Iraq in 2002; as Secretary of State, Hillary failed to object to the nearly 300 drone strikes – which killed over 3,000 people – conducted on Pakistani soil during her tenure; she supported a 2009 troop surge in Afghanistan; she was a strong proponent of instigating regime change in Libya. At nearly every juncture, Hillary has supported more war.

Domestically, Hillary’s corporate allegiance is also concerning. She has close ties with the fossil fuel industry; she looks upon Wall Street favorably; the Clinton Global Initiative favors private-corporate-led reforms over public-governmental-led reforms. She talks the progressive talk sometimes – but she’s no progressive. I hope we’ve seen the last of Hillary Clinton, although I’m not so sure.