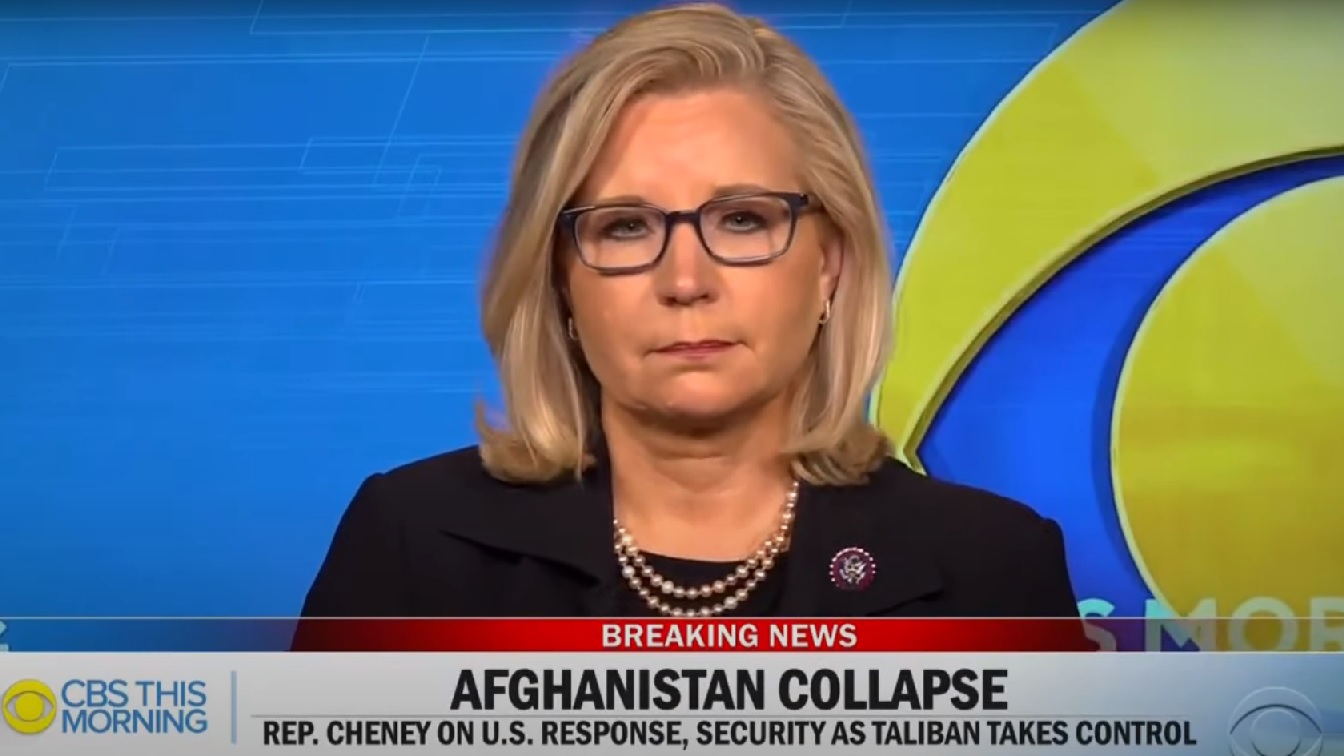 If Liz Cheney runs for president in 2024, it could oddly resemble the presidential campaigns of Estes Kefauver in 1952, Ron Paul in 2008-2012, and most ironically Donald Trump in 2016.

It might seem unthinkable that a vanquished congresswoman could run for president after a blowout defeat in Wyoming—a state where her family was political royalty.

Nevertheless, the next morning after her defeat, when asked about a presidential run, she told NBC News, “It is something that I am thinking about, and I’ll make a decision in the coming months.”

It seems hard to fathom how she could capture either the Republican Party nomination or win as an independent. Though winning may not even be the goal.

“I have said since January 6th that I will do whatever it takes to ensure Donald Trump is never again anywhere near the Oval Office, and I mean it,” Cheney said in her defiant concession speech.

So, she has two paths to run as an anti-Trump spoiler.

She asserted she could have run a safe campaign for Congress and been easily reelected, but that would have required her to echo Trump’s lies about the 2020 election. Eh. That might not be the case. While four of the 10 House Republicans that voted for Trump’s second impeachment lost, two won largely by owning their votes but focusing on other issues. Cheney, by contrast, made anti-Trumpism her single-minded focus.

Cheney perhaps wasn’t trying to win re-election. No doubt she would have been OK with a victory but wasn’t going to work too hard to make that happen nor spend much of her campaign treasury. Instead, she was building a national platform.

She wasn’t running for a Wyoming constituency. In 2022, she was running for a national audience, becoming the star of the Jan. 6 committee hearings as vice chair, while the actual chairman, Rep. Bennie Thompson, played in the supporting cast in the well-produced hearings that featured Cheney as Joe Friday.

As long a shot as she would be, she has two things in her favor, strong name recognition, and a vast fundraising base. Of the $14 million she raised, most of it is on hand. She would have an enviable amount of media attention, just by being such a clear-cut different candidate.

Running as an independent is an option. Perhaps Andrew Yang’s Forward Party  (neither the Libertarians nor the Greens are going to nominate a neocon) is her 2024 vehicle. That doesn’t have very promising prospects of actually winning.

To be a successful third party spoiler would require her to run to Trump’s right on virtually everything during the general election. That wouldn’t be difficult. On policy, she aligns with Trump on more than 90%. She differs on international trade and foreign entanglements, which are in the more traditional Republican mode.

However, in her concession speech, she compared herself to Abraham Lincoln and suggested she was trying to save the Republican Party.

Bill Kristol, a leading anti-Trump voice on the right, thinks a campaign for the GOP nomination would have a purpose.

“Of course she doesn’t win,” Kristol told The Atlantic. But if Liz Cheney attacks Trump enough during the campaign and debates, it “forces the other candidates to come to grips” with that argument, and would put pressure on those candidates.

Maybe she would only be a blip, another also-ran from a presidential primary like Jim Gilmore. But she could be more.

Losing a House race that she can frame as a righteous cause could form the platform at a time when attention and fame are a bigger commodity than holding office. She’s starting a nonprofit expected to be called the Great Task. She will no doubt get a book deal and pundit contract, and won’t be hurting financially.

This brings us back to what campaign she could emulate. It will be one of three troublemaker campaigns—only one of which succeeded, but all of which were impactful.

Tennessee Sen. Estes Kefauver, a Democrat, became a national name for conducting televised hearings into organized crime. But the leader of his party, President Harry Truman, thought he was a show horse. Kefauver went on to beat Truman in a stunning upset in the 1952 New Hampshire primary. It caused a sitting president to withdraw his reelection bid, though Kefauver didn’t win the nomination.

If Cheney could leverage the Jan. 6 committee hearings the way Kefauver leveraged the organized crime hearings, she would be doing well.

This is an odd comparison, but Liz Cheney the neocon could resemble the libertarian Ron Paul’s role in the 2008 and later the 2012 Republican presidential primaries. Paul, a Texas Congressman, was the most contrarian candidate in the field, lambasting the Bush-Cheney administration’s Iraq war policy, and generally any war strategy.

Paul was the least likely to make an impact, yet, his message was so different from the rest of the candidates, that he broke through with a cultish-like adherence from supporters. He ran again in 2012 and came in second place in the New Hampshire primary, and did respectably in other states. He did what Cheney could do, which is bring in a different set of voters to Republican primaries.

Paul created an opening for a contrarian view in the GOP.

For at least some Paul supporters, Trump filled that hole more than Rand Paul, promising to pivot away from being “policemen to the world”—Ron Paul’s most potent issue.

Liz Cheney in 2024 would enter the GOP primary as the candidate the base doesn’t trust—which was Trump in 2016. Trump forced other Republican candidates out of their comfort zones on issues such as national defense and free trade. Cheney could similarly force the candidates out of their comfort zones, this time not on any issues but on an individual—Trump. She could be a candidate who raises the temperature on the debate stage and eventually forces other contenders to be tough on Trump.

That might be her only goal, and it could be more consequential than expected.

Expert Biography: Fred Lucas is chief national affairs correspondent for The Daily Signal and co-host of “The Right Side of History” podcast. Lucas is also the author of “Abuse of Power: Inside The Three-Year Campaign to Impeach Donald Trump.” Follow him on Twitter: @FredLucasWH.
In this article:2024 Election, bill kristol, featured, Liz Cheney, Liz Cheney 2024, Neocon, Trump