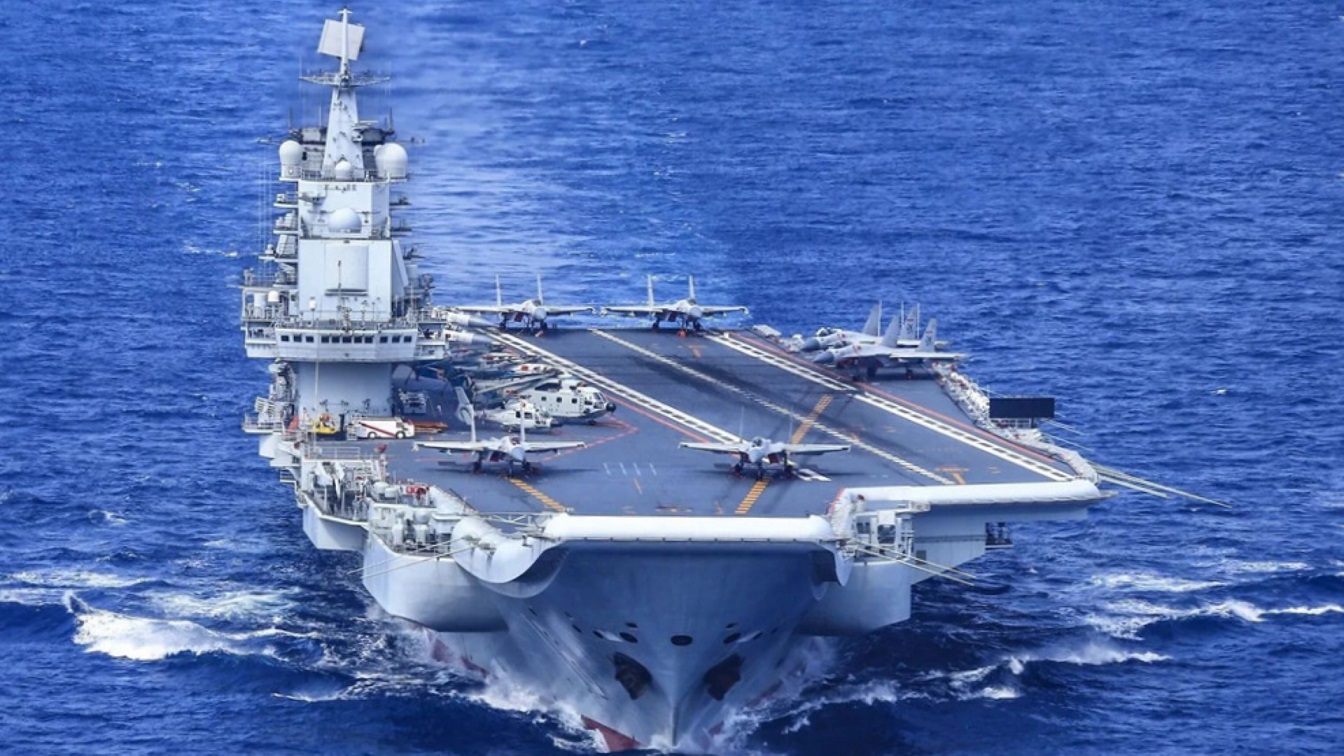 China: A Budding Aircraft Carrier Power?: Though it may not be very scholarly or diplomatic to do so, it sure is fun to be able to laugh at an adversary nation’s military misfortunes. We at 19FortyFive have written so many articles on Russia’s endless problems with their aircraft carrier program – from its ill-fated efforts to build a nuclear aircraft carrier to the maladies afflicting its lone non-nuclear carrier, the Admiral Kuznetsov – that it’s become almost like a running sitcom gag. However, in fairness and objectivity, one of America’s key allies, that being India, has also been having its own fair share of aircraft carrier issues.

And what’s no laughing matter is that America’s other “Great Power” adversary, China, has had much better progress with its own aircraft carriers, the Shandong and Liaoning.

What Do We Know About the Liaoning?

The Liaoning (辽宁舰) Type 001 was the first aircraft carrier commissioned into the People’s Liberation Army (PLA) Navy Surface Force, with a commissioning date of September 26, 2012. Ironically – in light of the aforementioned Russian carriers’ woes, that is – as noted by the South China Morning Post (SCMP), this ship was “refurbished and upgraded from the unfinished Soviet carrier Varyag, which China bought from Ukraine in 1998.”

Prior to the Varyag moniker, i.e., before the collapse of the Soviet Union, the ship was laid down in December 1985 and launched in December 1988 under the name Riga.

After the acquisition from Ukraine, the Chinese government tasked the rebuild of the stripped-down hulk to the Dalian Shipyard. In the process, the vessel was renamed for the northeastern province of Liaoning.

Back on November 2016, the political commissar of Liaoning, Commodore Li Dongyou, declared that Liaoning was “combat-ready.” In late December 2021, the Liaoning and her escorts completed a training deployment, which USNI News reporter Dzirhan Mahadzir described in detail:

“During the 20 days of training, the carrier group crossed the Yellow Sea, East China Sea and entered the Western Pacific via the Miyako Straits, conducting comprehensive exercises in various fields geared towards enhancing the carrier group formation concept, the release stated. The carrier group sailed towards the Yellow Sea on Dec. 9 where it conducted formation search and rescue and tactical flight and air handling of its embarked J-15 fighters and Z-9 and Z-18 helicopters. Take-off and landing training was carried out in both the day and the night.”

More recently and ominously – as in May 2022 – the Liaoning carrier group spent roughly two weeks operating in the East China Sea, closely monitored by the Japanese Self-Defense Forces (JSDF). As elaborated by Stetson Payne of The Drive, “Commercial satellite footage shows they likely again transited the Miyako Strait to move into waters east of Taiwan earlier this week. Detresfa_, an image intelligence analyst and contributor for The War Zone, spotted the carrier group on Planet Labs imagery about 85 nautical miles south of Japan’s Yaeyama Islands, and 160 nautical miles east of Taiwan in the Philippine Sea.”

What Do We Know About the Shandong?

The Shandong (山东舰)Type 002 – NATO reporting name Kuznetsov Mod. (“modified”) – distinguishes herself from Liaoning by virtue of being China’s first domestically built carrier (which, upon further review, renders that NATO reporting name to be a bit of a misnomer). The ship was commissioned in December 2019. As noted by The Diplomat’s James Maclaren, “Its development, construction, and acceptance into service took place at a frighteningly fast pace — the carrier was only launched in early 2017 with sea trials beginning in May 2018 — and is a major statement of intent. The Shandong sends a message not only to those regional powers attempting to check China’s plans to exercise hegemony inside the nine-dash line disputed area of the South China Sea, but also to the bigger global powers. In particular, it’s a warning bell for the United States.”

Besides the obvious differences in country of origin and newness, the Shandong has some enhancements compared with the Liaoning, according to the Center for Strategic and International Studies (CSIS) ChinaPower project:

–The island of Shandong is roughly 10 percent smaller than that of Liaoning, thus providing additional deck space.

–Her airwing is expected to be slightly larger than that of the Liaoning, featuring around eight additional aircraft.

In addition, as noted in a June 2022 report for The Drive written by Joseph Trevithick, “Images have emerged online that appear to show multiple examples of at least two different types of commercial or commercial-derivative drones with vertical takeoff and landing capability on the deck of the Chinese aircraft carrier Shandong… The exact circumstances behind these pictures are not immediately clear. They do underscore the Chinese People’s Liberation Army’s ever-increasing efforts to develop and field various types of unmanned aircraft, including those that can operate together in networked swarms, and often with an eye toward performing various roles in the maritime domain.”

As if the Chinese advancements in manned combat aircraft like the Chengdu J-20 fighter and JH-XX fighter-bomber weren’t disturbing enough.