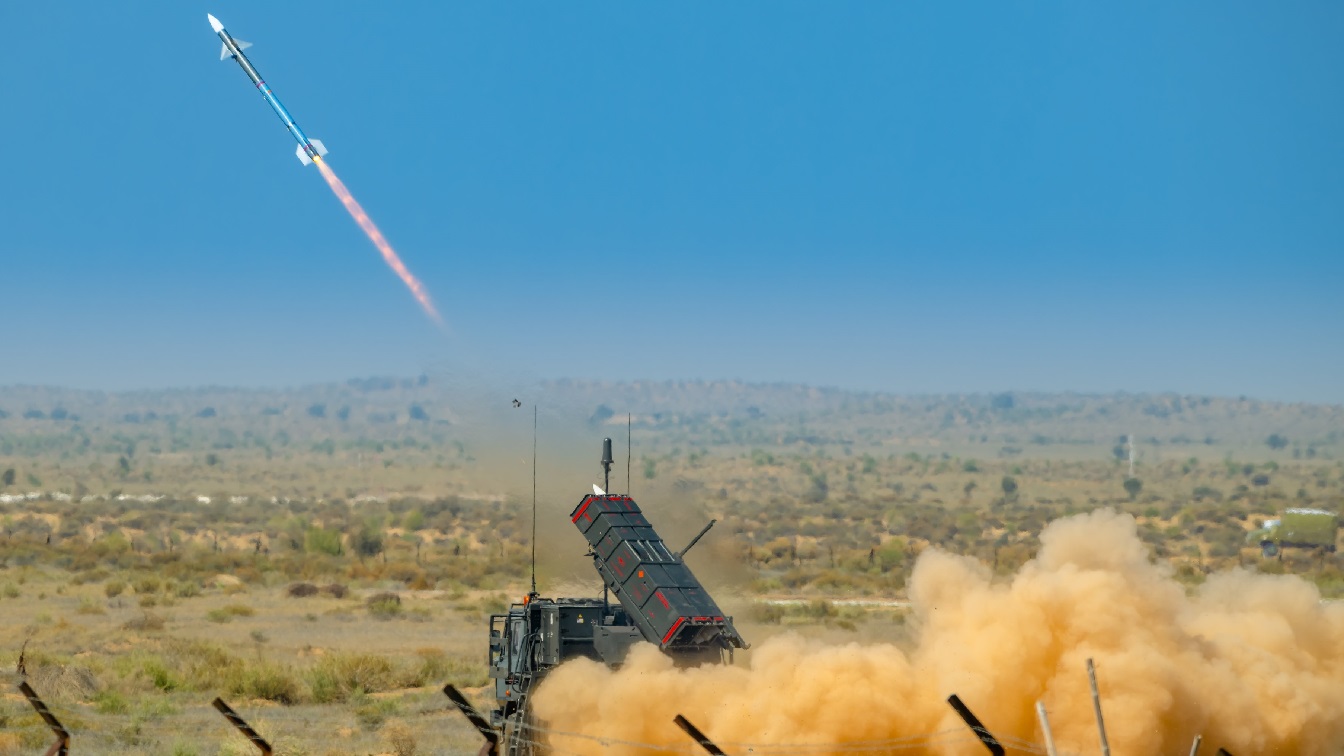 SPYDER is a modern, highly mobile, low level, quick reaction missile system. It is capable of engaging multiple targets at the same time making it a potent component of IAF's air defence network.

In the latest indication of warming relations, Israel has agreed to sell an advanced air defense system to the United Arab Emirates. The SPYDER mobile interceptors, designed by Rafael Advanced Defense Systems, are quick-reaction surface-to-air missiles capable of engaging drones, precision-guided munitions, and various types of aircraft. According to Israeli media outlets, the UAE has suggested the SPYDER’s capabilities will be used to thwart barrages launched by the Yemen-based Houthi rebels. Earlier this year, a series of drone attacks struck Abu Dhabi, which were later claimed by the Iranian-backed affiliate. The UAE was targeted for its role in the Saudi-led military coalition fighting the Houthi’s offensive efforts in Yemen.

What is the SPYDER?

The short- and medium-range mobile air defense system was developed by the Israeli company Rafael Advanced Defense Systems in the early 2000s with the help of Israel Aerospace Industries. The SPYDER (Surface-to-air Python and Derby) remains a unique piece of equipment because it is the only system that can launch two different types of missiles from the same launcher pad. According to Military Today, this attribute was intentional so that Israeli reservists who may not be as experienced or skilled could operate the system with ease. SPYDER uses electro-optical observation payload and wireless data link communication, which allows it to engage multiple targets simultaneously. SPYDER has been exported to a number of countries, including India, Peru, and Singapore.

Why does the UAE want the SPYDER?

For over eight years, Yemen has been embroiled in a devastating civil war that evolved into one of the worst humanitarian crises of this era. In 2014, Iranian-backed Houthi militants took control of Yemen’s northern Saana province and began fighting, which would ensue for years to come. Wanting to prevent a rogue regime from being so closely positioned to its borders, Riyadh launched a coalition of nine countries and officially intervened in the war.

The UAE is part of Riyadh’s coalition, which supports the internationally recognized Yemeni government over the Houthis. While the UAE withdrew its troops from Yemen in 2019, the country still plays a key role in the Saudi-led effort. According to Al Jazeera, last December “the UAE-backed Giants Brigades – a pro-government militia largely comprised of southern Yemenis – forced the Houthis out of Shabwah governorate. Alongside the Joint Forces, the Giants Brigades are now pushing into Houthi territory in neighboring al-Bayda and north towards Marib, a strategically important city that the Houthis have been fighting to capture for months.” One month later, the Iran-backed rebels carried out an unprecedented series of largely failed missile strikes on UAE targets. On January 24, the Houthis launched a missile barrage targeting a base hosting U.S. military personnel in Abu Dhabi. The U.S.-made Patriot interceptors blocked the attack. Days later, the UAE said it intercepted an additional attack during a planned visit of Israeli President Isaac Herzog to the country.

The Houthis receive funds, military equipment, and training from Iran’s Islamic Revolutionary Guard Corps (IRGC). As the Iranian regime has influenced its region-wide proxies to carry out attacks across the Middle East in recent years, the Gulf countries have turned to each other – plus Israel and the U.S. – for mutual defense strategies and cooperation.

Over the summer, the inception of a Middle East Air Defense (MEAD) alliance evolved when U.S. President Joe Biden began his Middle East tour. The alliance, made possible in part by the success of the 2020 Abraham Accords, has reportedly brought together Israel and its Arab neighbors in an effort to counter the increasingly dangerous Iranian threat. The regime frequently carries out missile, rocket, and drone attacks throughout the regime vis-à-vis its proxy network- which the U.S., Israel, and Arab countries wish to prevent.

Prior to the news of the UAE’s SPYDER procurement, the White House approved two massive arms sales to both Abu Dhabi and Riyadh in August to aid defense efforts against Iran. Going forward, increased trade and military exchanges between members of the MEAD should be expected.