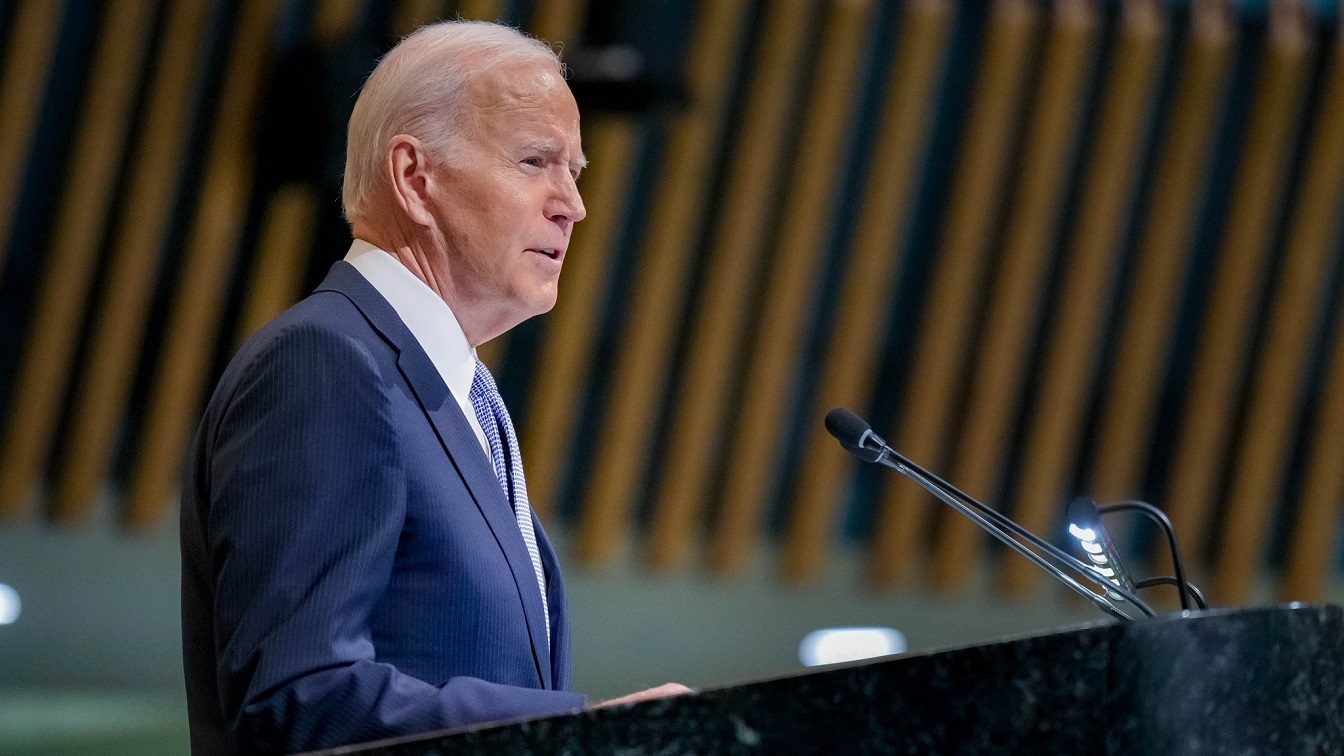 President Biden’s Sept. 21 speech to the United Nations underscores how much the world has changed under his presidency – and not for the better.

His speech a year ago focused on how the world was recovering from Covid. He boasted about how his administration was breaking with the Trump administration and reengaging with the U.N. to embrace multilateralism. Just weeks after the humiliating Afghanistan withdraw debacle, he expressed hope that the Taliban could be convinced to respect human rights.

The bulk of the speech covered plans for development, building alliances, address in issues like climate change and human rights. Renewing the Iran nuclear deal was on the horizon.

Neither Russia nor China were mentioned.

The world today is much grimmer. China and Russia are increasingly adversarial and aggressive. Afghanistan is an economic and humanitarian disaster. The Iran nuclear deal looks less likely by the day while Iranian centrifuges spin the nation ever closer to a nuclear weapon. The U.N. is knotted by great power rivalries.

As U.N. Secretary-General Guterres warned, “Our world is in big trouble. Divides are growing deeper. Inequalities are growing wider. Challenges are spreading farther.”

It was the last topic that dominated his speech. A quarter of it was an accurate condemnation of Russia’s invasion of Ukraine — a blatant act of aggression in violation of the U.N. Charter — and the atrocities and war crimes that have been revealed since.

This is exactly right.

But how will that solidarity be expressed in the U.N.? Earlier this year, the General Assembly mustered the votes necessary to condemn Russia and suspend it from the Human Rights Council. Since then? Crickets. The U.N. can’t even muster the resolve to cancel the billions of dollars in contracts with the Russian Federation.

Russia remains powerful in the U.N. and can veto Security Council actions. Although Biden was at pains to extoll the value of the multilateral system, the past months have illustrated its fragility and limitations, not its resilience.

The president’s suggestions for fixing the U.N. are, frankly, sleight of hand.

Biden’s pledge to limit use of the veto sounds nice, but use of the veto is already rare — averaging about twice a year since 2000. Even so, China and Russia have used the veto far more than the U.S. over the past two decades, and they’ve made no such pledge.

As for Biden’s endorsement of expanding the Security Council? Discussions on adding additional elected and permanent members have been going on for years. The U.S. is on record supporting limited expansion, including permanent membership for India and Japan. So, this is nothing new.

But it never goes anywhere because regions cannot agree on which countries should be permanent members and because there is concern that too large an expansion would make the Security Council even more unwieldy and gridlocked. The final hurdle? As an amendment to the U.N. Charter, expansion must be ratified by all the permanent members of the Security Council, including Russia and China. In the end, the endorsement sounds significant and might earn goodwill among the U.N. membership, but prospects of it happening are very slight.

Nonetheless, the first part of the speech was powerful, direct, and pointed. If it had ended around the 8-minute mark, concluding with a warning of threats posed by China and other authoritarian regimes and a sound defense of democracy and international norms like freedom of navigation, it would have been a focused rallying call.

Unfortunately, he continued for another 20 minutes, reciting a disjointed list of priorities including climate change, international agreements, multilateral conferences, domestic legislation, food insecurity, a minimum global corporate tax, debt forgiveness, infrastructure investment, and human rights. On and on, an avalanche of talking points. A narrative flow was sorely missing, lessening the impact and making it difficult to follow.

Nods near the conclusion to foreign policy and security concerns with China, Haiti, Yemen, Ethiopia, Israel, and Palestine felt tacked on and perfunctory. Proliferation and related nuclear concerns about China, Russia, Iran, and North Korea got nothing like the attention they merit.

Leaving aside his at times garbled delivery, the last two-thirds of the speech had all the worst aspects of a State of the Union box-checking exercise.

He also repeated a regrettable tendency in recent years of U.S. presidents of listing huge financial commitments toward various concerns. Last year it was Covid response, climate action, hunger, and infrastructure investment. This year it was the Global Fund, food security, and climate change. These are meant to sound like impressive examples of U.S. support, but he provided few examples of success or results from previous generosity.

Do the assembled governments appreciate and see the results of the billions of dollars that the U.S. has bestowed over the years? Aside from Ukraine, expressions of gratitude were largely absent.

All in all, the speech was a missed opportunity – a potentially powerful rallying call watered down and concluded with a whimper: “Thank you for your tolerance for listening to me.”

Brett D. Schaefer is the Jay Kingham Fellow in International Regulatory Affairs at The Heritage Foundation’s Thatcher Center for Freedom.

Brett D. Schaefer is the Jay Kingham Fellow in International Regulatory Affairs at Heritage's Margaret Thatcher Center for Freedom. Schaefer analyzes a range of foreign policy issues, focusing primarily on the United Nations and affiliated funds and programs. He frequently speaks and publishes on issues related to the world body and its activities.