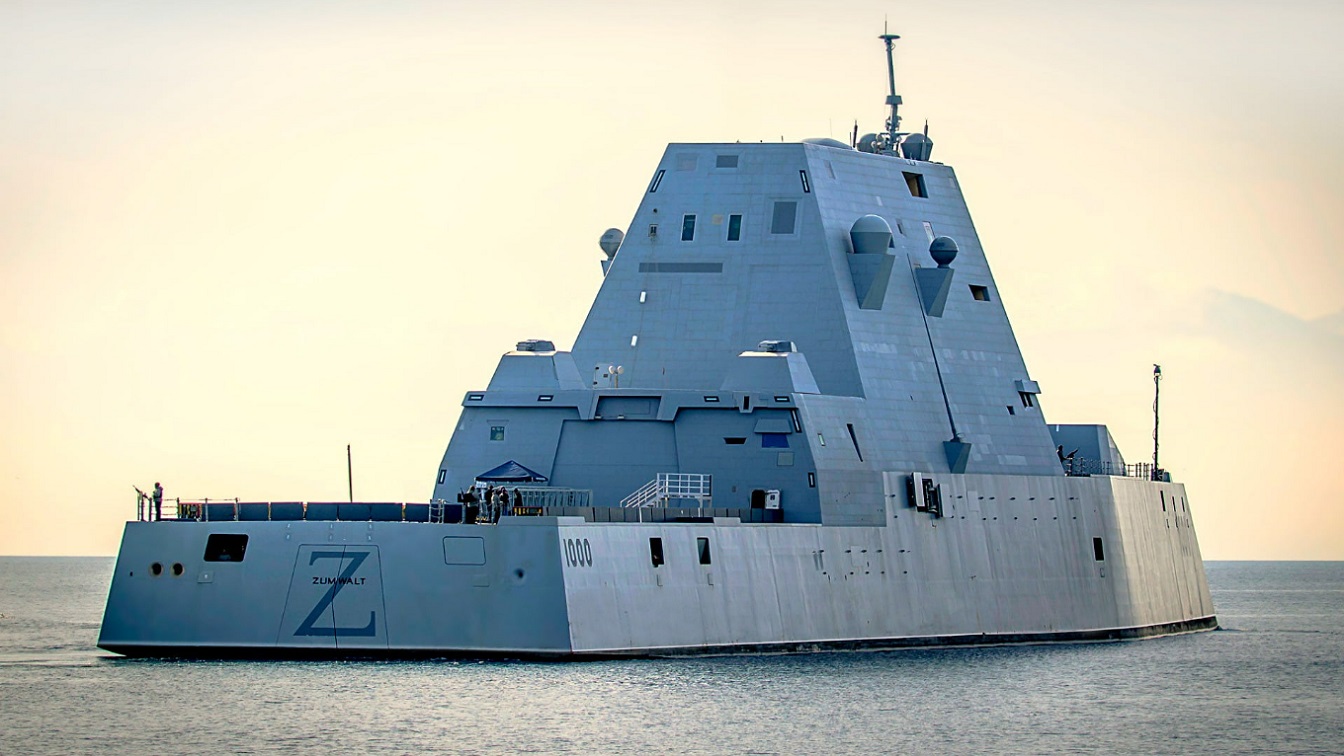 Zumwalt-class ships are the largest destroyers in the world. With the USS Zumwalt serving as the lead ship, these are guided-missile destroyers with stealth characteristics. There are two other Zumwalt-class destroyers – the USS Michael Monsoor and the USS Lyndon B. Johnson. The Zumwalts are versatile, multi-mission ships that can take on anti-ship, anti-air, and anti-submarine duties. They can also sail close to shore to use their more accurate land-attack weapons. The ships have an advanced and quiet power plant that allows them to penetrate deep into enemy battlespace.

Zumwalt-Class: Its Capabilities Are Electric

The ships are 310 feet long with a beam of 81 feet. Made by General Dynamics Bath Iron Works, the Zumwalts displace 15,907 tons. They are called destroyers, but at this size they could be considered cruisers. They are larger and 100 feet longer than the Ticonderoga-class guided missile cruiser, and 40% bigger than the Arleigh Burke class of destroyers. They also have an 11,000-square-foot flight deck.

Two main turbine generators, two auxiliary turbine generators, and two 33.6 megawatt advanced induction motors power the ship. This is a robust all-electric propulsion system, the first time that has ever been used on a naval ship. The power plant enables a speed of 31 knots. A 78 megawatt power station provides electricity to the system. There are also 58 megawatts of reserve power, which can power future weapons systems, including hypersonic weapons and lasers.

As Naval Technology wrote, “The electric drive eliminates the need for the driveshaft and reduction gears and brings benefits in acoustic signature reduction, an increase in available power for weapon systems and improvements in the quality of life for crew.”

The stealth design reduces the Zumwalt-class’s cross-section, and the electric propulsion system is quiet, reducing acoustic detection. Indeed, it can be as quiet as a submarine. The ship’s shape is unique. There are fewer edges and a flat, linear surface. The wave-piercing Tumblehome hull is less likely to be picked up by radar. According to Warrior Maven, stealth characteristics are enhanced by the peculiar shaping of the Zumwalts: “The fewer edges or identifiable shapes you have, the lower the possibility that electromagnetic signals will effectively deliver an accurate picture of the object.”  There are also no antennas, radars, or masts for radar to spot.

Considering the ships’ huge but quiet power plant and overall stealthiness, the navy wanted 32 Zumwalts. But the program went 50% over budget, and only three were ever ordered, even as the Navy invested at least $22 billion of research and development into the program.

The weapons system has been problematic. Originally designed for shore bombardment, the Zumwalts deployed the 155mm Advanced Gun System that fired the Long-Range Land Attack Projectile. This was supposed to eliminate targets from 59 miles away. But this munition was canceled by the Navy for being too expensive, at least $800,000 a shell, and the Advanced Gun System cannot fire any other round, so it is combat-ineffective. At least the MK57 vertical launch system is functional and allows the Zumwalts to fire missiles at sea and land targets.

How About Arming It With Hypersonics?

In an effort to make the Zumwalts more relevant, the Navy wants the stealth destroyers to carry hypersonic weapons. The Conventional Prompt Strike hypersonic missile will travel at over Mach-5, with a maximum range of thousands of miles. Depending on how many Conventional Prompt Strike weapons go on each ship, the Advanced Gun Systems will be removed if the Navy orders more than six new hypersonic missiles. Some released artwork has shown one of the guns to be missing. 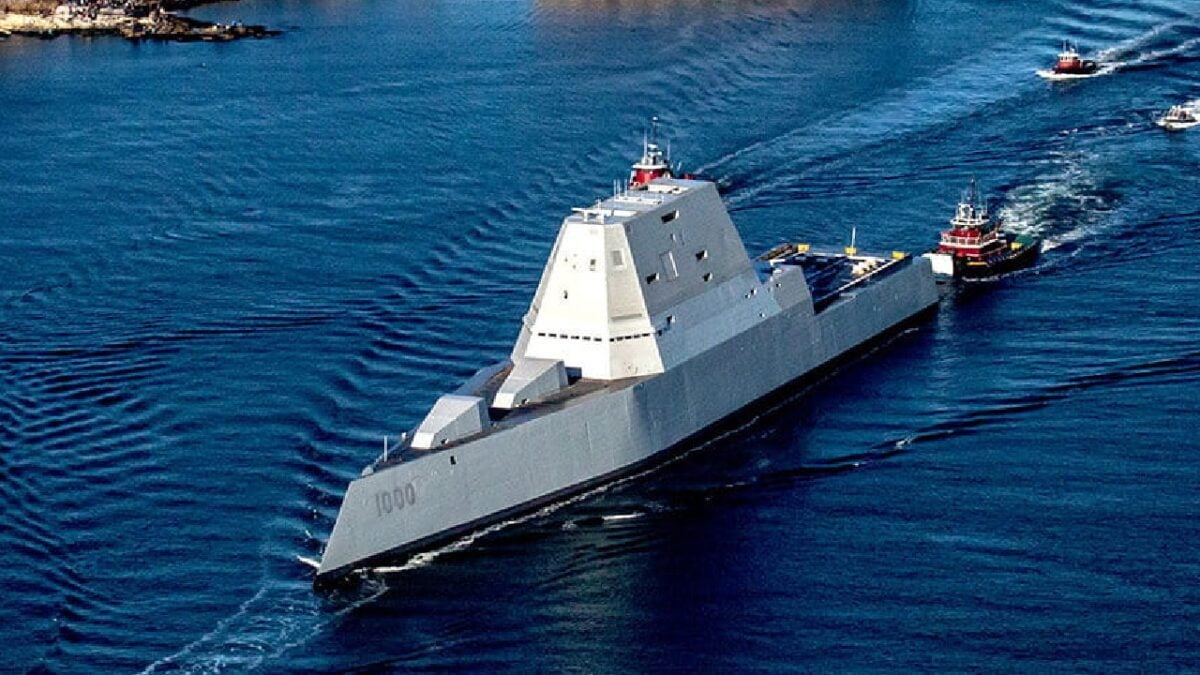 The Zumwalt can be saved. Despite all the troubles, it is still a battlewagon that can bring the heat, especially if it is armed with hypersonics. It remains to be seen how stealthy the ship would be in a conflict with China, but its large size and powerful propulsion system make it a force on the open seas. The Navy has spent too much to cancel the program, and Congress is likely to agree if it can display a new warfighting capability with the Conventional Prompt Strike Hypersonic missile.