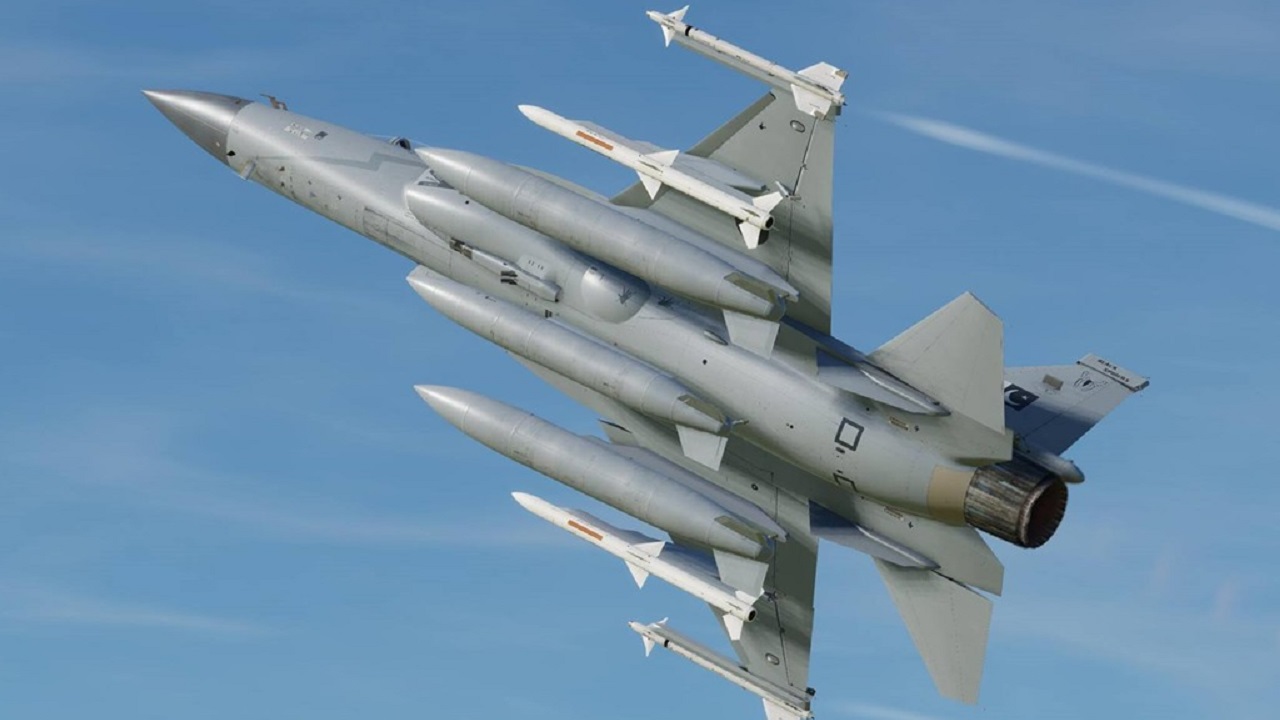 U.S.-Pakistani relations have long had a bipolar disorder-like history. On the positive side of the ledger, America had a substantive relationship in the 1980s with then-strongman Gen. Zia-ul-Haq as the two countries cooperated to support the Afghanistan mujahideen rebels’ resistance campaign against the Soviet occupation; this was a major boost to the Ronald Reagan Administration’s policy of rollback of the Soviet Union. In addition, in the early days of the Global War On Terror, then-POTUS George W. Bush had a productive relationship with then-Pakistani President Pervez Musharraf. On the negative side of the ledger, Pakistan’s security apparatus, particularly their infamous Inter-Services Intelligence (ISI) agency, has long been supportive of the Taliban. Even more irksome for the U.S, given the current state of global affairs, has been Pakistan’s cozy relationship with America’s biggest global adversary, Red China. That buddy-buddy Sino-Pakistani relationship is embodied in the JF-17 fighter jet program.

The CAC/PAC JF-17 Thunder (Urdu: جے ایف-17 گرج) AKA the Xiaolong (枭龙; “Fierce Dragon”) is a joint venture by the PRC’s Chengdu Aircraft Corporation – the same company that produces the J-20 Wēilóng (“Mighty Dragon”) fighter – and the Pakistan Aeronautical Complex (PAC). It is a lightweight, single-engine, multi-role combat aircraft, intended to replace the ageing A-5C, F-7P/PG, Mirage III, and Mirage V combat aircraft in the Pakistan Air Force (PAF) arsenal, though the  “-17” denoting that, in the PAF’s viewpoint, it is the successor to the F-16 Fighting Falcon – sales of the F-16 to Islamabad have been yet another ongoing bone of contention in U.S.-Pakistani relations.

The Thunder made its maiden flight on 25 August 2003 and was officially introduced into PAF service on 12 March 2007. Additional users are the Nigerian Air Force and Myanmar Air Force, and reportedly the Iraqi Air Force (IqAF) has set aside over $600 million USD (875.9 billion Iraqi dinars) to purchase 12 of the jets to supplement its fleet of F-16s and Czech-made Aero L-159 ALCA light combat aircraft. 164 airframes have been built thus far.

Yet another potential foreign customer is Argentina, which would put PAC in direct competition with south Asian subcontinental archrival India and that country’s homegrown HAL Tejas lightweight fighter aircraft. A June 2022 article by Usman Ansari and Jose Higuera in DefenseNews reported a visit to Pakistan by Gen. Juan Martín Paleo, the head of Argentina’s joint military staff that in turn fed speculation that a JF-17 fighter jet deal was potentially on the horizon. The reporters added that in May, “a delegation of [Argentine] Air Force pilots and technicians evaluated the JF-17 in China. This included a full technical evaluation, use of a simulator and evaluation flights. In the more recent trip to Pakistan, officials discussed collaboration on defense materiel production during a visit to the Ministry of Defence Production.”

As to whether the Fierce Dragon has actually lived up to its moniker in combat, conflicting stories abound. On the one hand, official PAF sources claim that JF-17s took part in Pakistan’s retaliatory 2019 Jammu and Kashmir airstrikes, in which Pakistan shot down an Indian MiG-21. On the other hand, Indian news agencies such Defence Aviation Post, in an apparent effort to one-up their Pakistani nemeses, tell a different story:

“Indian aircraft intercepted the Pakistani attack, and Wing Commander Abhinandan Varthaman shot down an F-16 that was much superior before crashing his vintage MiG-21 Bison in Pakistan-occupied Kashmir (PoK). The much-heralded Sino-Pak produced JF-17 was only there for show, did not see the air action, and remained hidden behind the American fighters as the US F-16 fired air-to-air missiles at Indian fighters. Due to a shortage of replacement parts for the Klimov RD 93 aircraft engine, which is built in Russia, the JF-17 programme is currently in a rut.” (emphasis added)

Speaking of “in a rut,” The Law of Unintended Consequences appears to be coming into play to the JF-17’s detriment. In essence, the sanctions placed upon Russia on account of their “special military operation” in Ukraine have led to a lack of spare parts for the Russian-made Klimov RD 93 aircraft engine, which has reportedly caused the PAF’s JF-17 fleet to be grounded. As Shishir Gupta of The Hindustan Times reported last month,

“Stung by multiple failures of JF-17 aircraft, primarily due to the serviceability of RD-93 engines, Pakistan had directly approached Russia for procuring the RD-93 engines, bypassing China. In the aftermath of multiple negotiations by Islamabad with Moscow, Russian engine company Kilmov has now indicated its willingness to supply RD-93 engines and its associated repair systems and maintenance facilities to JF-17 aircraft…However, in 2018, M/s Rosoboronexport, which is authorised to export defence equipment including RD- 93 engines and spares, was sanctioned by the US, thereby adversely affecting the sourcing of RD-93 engine spares by the PAF. The sanctions restrict Rosoboronexport from undertaking US dollar transactions, which the two governments and the concerned banks have now been attempting to sort out.”

If, when, and how these issues will be sorted out is anybody’s guess.