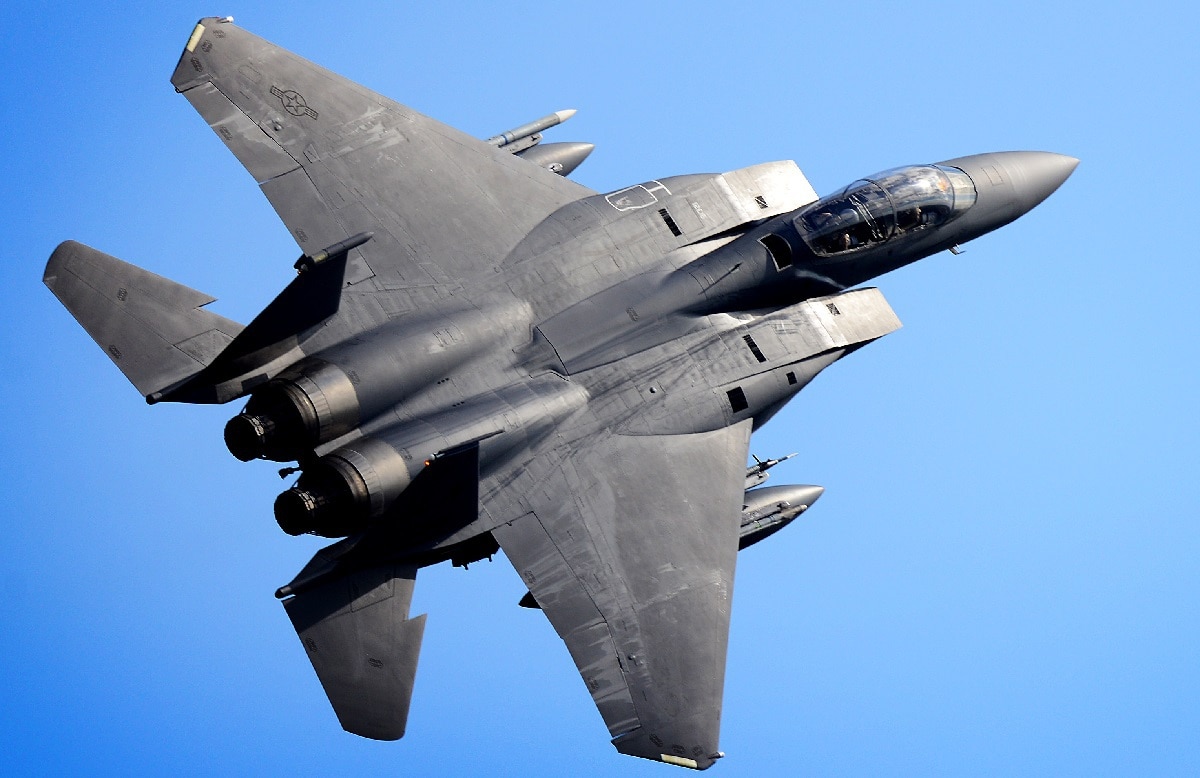 The U.S. Air Force Seems To Have a Size and Capabilities Problem: Channeling his inner Mike Mullen, a former Navy chief, the head of the US Air Force said this week that those worried about America’s shrinking, antique air force must “account for all the capacity within our allies and partners.”

But that same logic didn’t work for the US Navy in 2005, and it won’t help the Air Force today.

Years ago, then-Chief of Naval Operations Admiral Michael Mullen outlined the new organizational concept of a “1,000-Ship Navy.” The concept of international naval and maritime collaboration and cooperation is not problematic, per se.

What is the problem is that the 1,000-ship navy gave smart cover to decisionmakers to let the US Navy stall out in fleet size. Today’s Navy is almost exactly the same size as it was in 2005—even as various leaders have repeatedly called for a bigger fleet ever since. Even as threats have changed dramatically in that same time period.

While western coalition warfare has worked well confronting various enemies since the turn of the century, a war with Beijing would be very different. The assumption that friends, allies and partners will all join us is dangerously simplistic.

For the fourth time in his presidency, President Biden stated that the US would militarily come to Taiwan’s aid if invaded by China. Such an explicit statement of intent implies that our military can defend the island and defeat China.

But a recently released report from the Mitchell Institute on the strength of the Air Force says the service does not possess “the force capacity, lethality, and survivability needed to fight a major war with China.”

The report’s central finding is consistent with trends seen across the service. Consistent prioritization of research and development over procurement, reduced training, under-manned units, and fewer flying hours have left the Air Force in a position where deterrence is eroding.

The size and composition of the Air Force today is a result of chronic budget shortfalls and decades of thinking that shedding older systems to buy newer ones will yield platforms that are ever more “lethal, transformational, and modern.” This “divest to invest” strategy has been the gospel of the Air Force since the end of the Cold War and into the start of the so-called “peace dividend” that followed it.

The decline in the USAF’s fighter aircraft inventory over the past few decades puts the strategy in stark terms. As the Mitchell Institute’s report points out, the Air Force had 4,321 fighters at the end of the Cold War. Today it has just 1,420—a near fifty percent decrease.

The Air Force’s budget request for Fiscal Year 2023 continues this trend, cutting 150 aircraft while buying just 82 new airplanes. Slashing the size of the Air Force’s aircraft inventory while waiting on the next generation of technology to be fielded leaves the service in a tough spot. There is no guarantee that such technology will be operable on the timeline leaders want—and even less of a guarantee that expected savings will be passed on. As a result, “divest to invest” makes the service smaller, older, and less capable to deter and potentially defeat China.

Ironically, fewer aircraft means pilots fly less, which leads to reduced readiness. In Fiscal Year 2021, active duty pilots averaged 10.1 flying hours per month, putting them at 121.2 hours per year. That is about 80 fewer hours than the number of hours the Air Force believes necessary for peak readiness.

Yet declining readiness of combat fighter forces explicitly “raises the risk that an adversary will see an advantage, resulting in a failure of conventional deterrence,” Air Combat Command boss Gen. Mark Kelley said at the AFA conference this week. 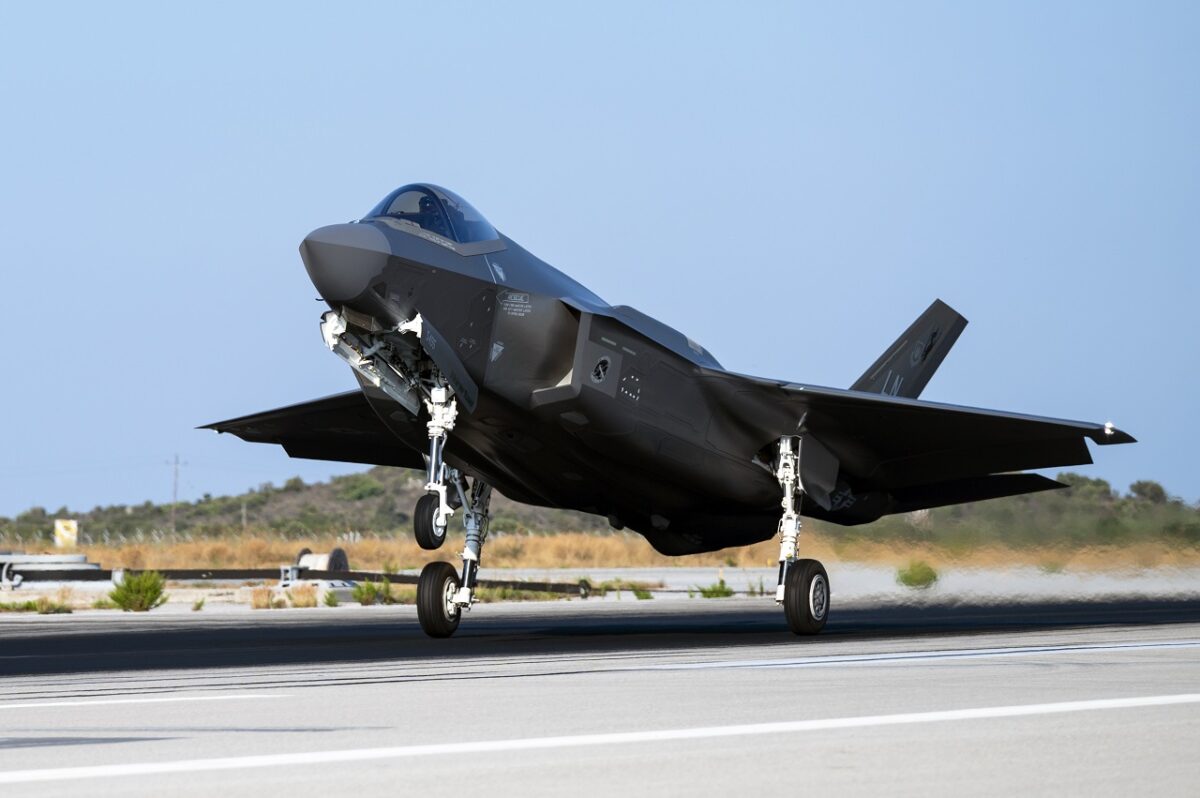 Declaring the “era of conventional overmatch” over, Gen. Kelley was explicit in stating the size of the combat air forces “is well below where various unclassified studies have said they need to be.” He also noted that the fighter squadron shortages, in particular, are felt mostly in Pacific Air Forces—the pacing threat theater.

Relying on capability alone to win the day will only allow the Air Force to get smaller, older and less ready. And it will invite the very aggression America is seeking to avoid in Asia.

Mass and attrition must return as foundational force-planning principles for the US military. Capacity is as important as quality and high readiness.

Expert Biography: Now a 1945 Contributing Editor, Mackenzie Eaglen is a resident fellow in the Marilyn Ware Center for Security Studies at the American Enterprise Institute. You can follow her on Twitter: @MEaglen. While working at AEI, Ms. Eaglen served as a staff member on the National Defense Strategy Commission, a congressionally mandated bipartisan review group whose final report in November 2018, “Providing for the Common Defense,” included assessments and recommendations for the administration. Earlier, Ms. Eaglen served as a staff member on the 2014 congressionally mandated National Defense Panel, established to assess US defense interests and strategic objectives, and in 2010 on the congressionally mandated bipartisan Quadrennial Defense Review Independent Panel, which evaluated the Pentagon’s defense strategy. She is also one of the 12-member US Army War College Board of Visitors, which offers advice about program objectives and effectiveness.