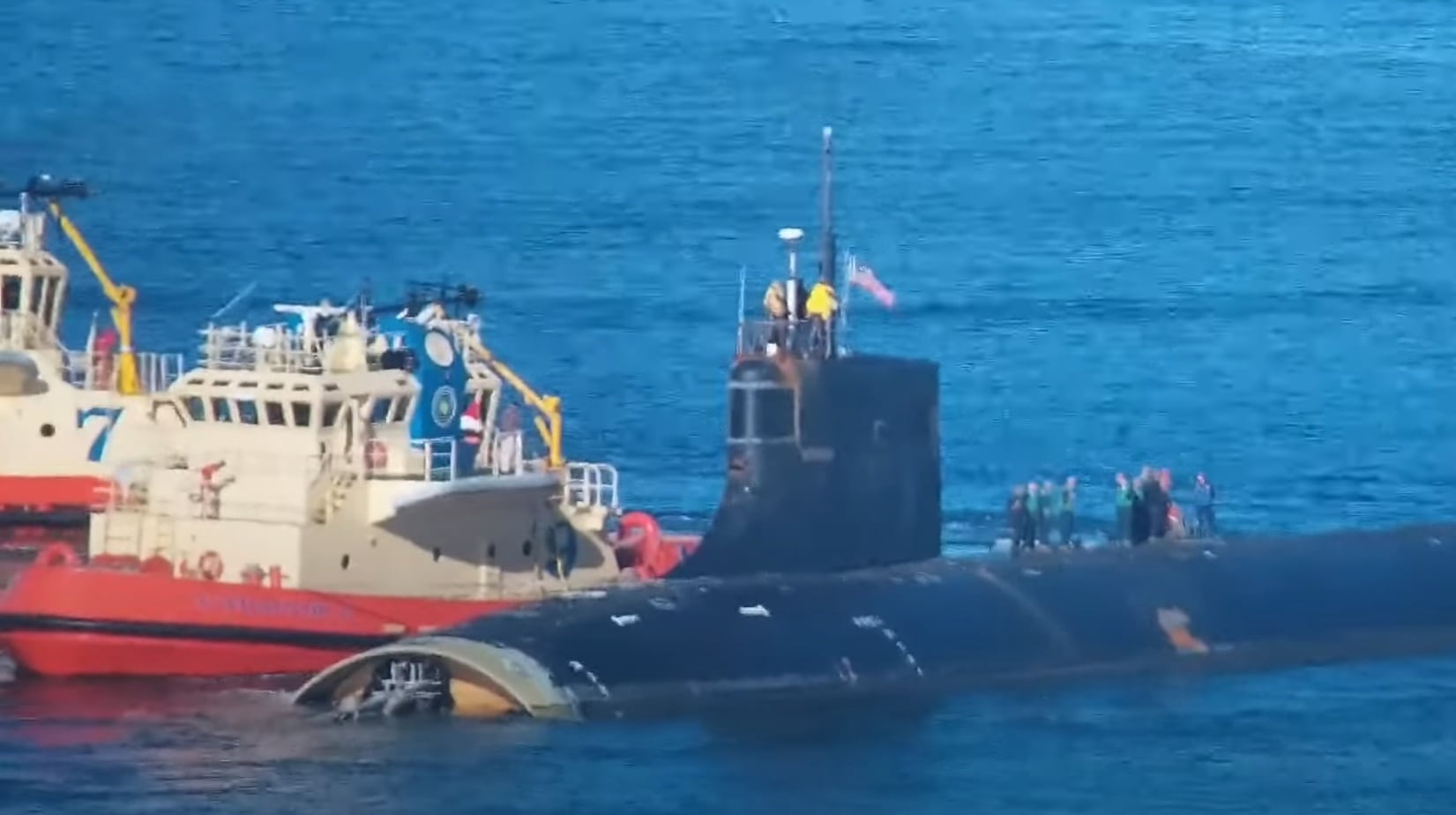 The USS Connecticut – the second of the three Seawolf-class submarines – is still laid up in dry dock but the Navy believes it can someday be “be fully restored for unrestricted operations.” This is good news since the Connecticut, a nuclear-powered attack submarine, hit a seamount in the South China Sea in October 2021. Unfortunately, the work to bring the sub back to duty will not be started until February of next year.

The Connecticut had damages assessed at the Puget Sound Naval Shipyard and Intermediate Maintenance Facility earlier this year. The main damage that Naval Sea Systems Command (NAVSEA) has been able to determine, is located in the bow of the sub and the lower portion of the rudder. NAVSEA, according to Naval News, has not yet declared how long the repair period will be and how much it will cost. The Navy is currently calculating these two variables.

It Could Have Been a Total Loss

Naval News wrote that “webcam photos of the USS Connecticut limping into San Diego port after a Pacific surface transit from Guam clearly shows the bow sheared off, and with it, the entire sonar dome which supposedly rests somewhere on the bottom of the South China Sea.”

This had some observers wondering if the Connecticut was a total loss since it initially appeared that the damages would be unrepairable.

Investigation Paints a Dark Picture of the Command Climate

A command investigation conducted in October of last year by the chief of U.S. Pacific Fleet’s Maritime Headquarters Rear Admiral Christopher Cavanaugh said the sub was sailing rapidly in an area of the ocean that was not charted properly. Cavanaugh’s report said that the sub’s skipper Commander Cameron Aljilani contributed to a “poor command climate” and his actions “set the conditions of the boat’s performance.”

It Could Have Been Avoided

The report was scathing. “No single action or inaction caused this mishap, but it was preventable. It resulted from an accumulation of errors and omissions in navigation planning, watch team execution, and risk management, the report said. “Prudent decision-making and adherence to standards in any one of these three areas could have prevented the grounding.” The crew apparently did not heed warnings that could have stopped the incident from happening.

Here Is What Took Place

On October 2, 2021, the USS Connecticut was transiting the South China Sea at 24 knots on the way to Okinawa on a humanitarian mission for an evacuation. The command team of officers and non-commissioned officers put together a new voyage plan for a temporary route.

This course was not completely charted. It was also not an “open ocean environment.”

The report said, “They should have recognized the ship would be in restricted waters based on the planned track passing near multiple navigation hazards.”

Then the boat crashed into the seamount in an action that injured 11 sailors. The sub limped to Guam and, in the process, lost its sonar dome.

The command staff, the navigators, and other personnel involved were either removed from their jobs and/or given letters of reprimand.

It Could Have Been Worse

The Navy is lucky that this accident did not result in a loss of life or complete destruction of the submarine in which all hands could have perished. It also appears the sub can thankfully be fixed and sent out to duty again. The Navy will have to ensure submarine crews are properly trained when they decide to conduct alternative voyage plans for new routes. The command team did not seem to be on the same page and the commanding officer did not have a complete picture of the dangers that the sub was in. When the Connecticut is fixed and is returned to duty, the new crew may think twice about fashioning new voyage plans in uncharted waters.