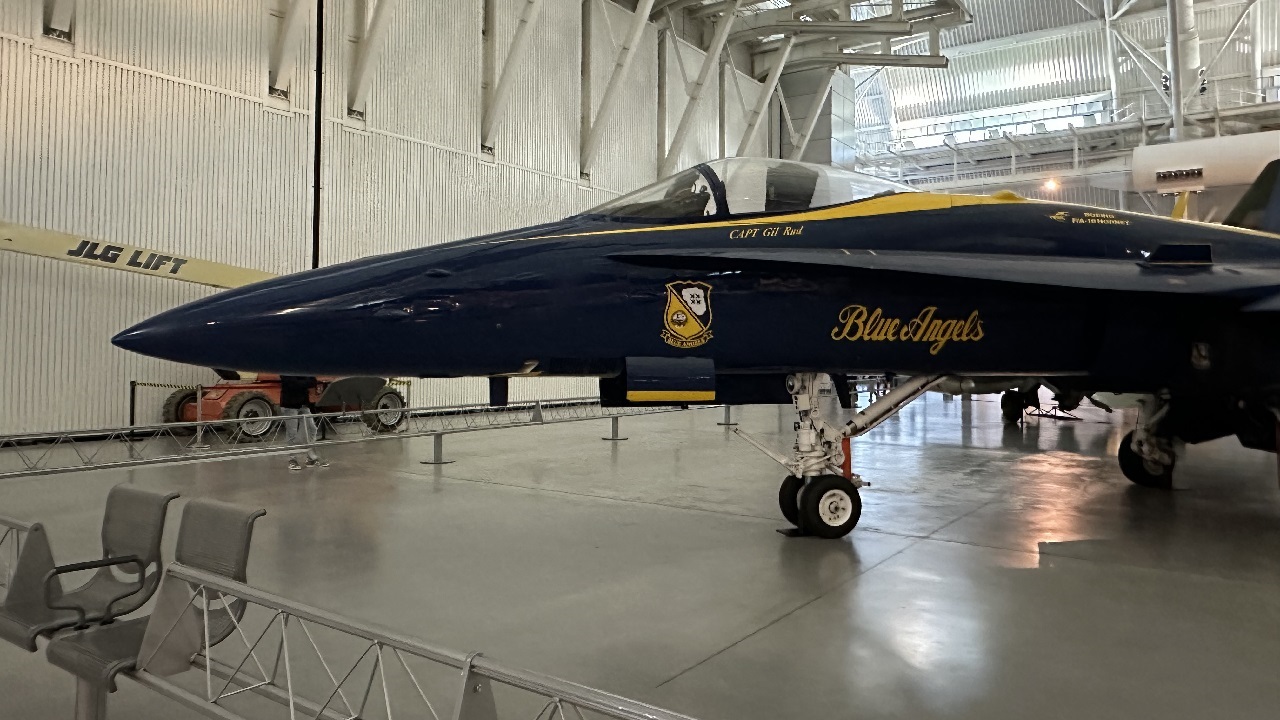 A Truly Legendary F/A-18 is in the Collection of the Air And Space Museum: The United States Navy’s McDonnell Douglas F/A-18 Hornet proved to be a highly versatile multirole combat aircraft that could carry a wide variety of weapons.

The Hornet first saw combat action during the 1986 United States bombing of Libya and subsequently participated in the 1991 Gulf War and 2003 Iraq War, while the F/A-18 Hornet also served as the baseline for the Boeing F/A-18E/F Super Hornet. However, the smaller variant proved ideal for the “Blue Angels,” the flight demonstration squadron of the United States Navy, for more than 34 of the team’s 75 years of existence.

While the aircraft has since been superseded by its larger Super Hornet models, one of the retired aircraft has since been provided to the Smithsonian’s National Air and Space Museum, and is now on display at the Udvar-Hazy Center annex at Dulles International Airport outside of Washington, D.C. The museum acquired a retired Blue Angel Hornet in November 2020, just two weeks after its final flight with the Blue Angels.

“The museum’s collection of this important aircraft will allow us to tell stories of the Navy’s Flight Demonstration Team, as well as its time in combat,” said naval aviation curator Laurence Burke.

That particular aircraft has quite the history – if it could only talk. And we got as close to the plane on October 1, 2022 as they would let us. Check out the video above and the pictures below.

According to the museum, it was one of the first C models built, and delivered to the Navy in 1987. It was soon assigned to Strike Fighter Squadron (VFA) 86, the first East Coast squadron to receive the C model Hornet. In addition, flying with the squadron during Operation Desert Storm, the First Gulf War in 1991, and then with VFA-83, helping to enforce the no-fly zone over southern Iraq in 1994. Over the course of its service, the served in eight different squadrons, seeing service in both the Atlantic and Pacific oceans as well as the Mediterranean and Red seas before being turned over to the Blue Angels in 2015. It was finally retired from the team in 2020 – along with all legacy models in favor of the Super Hornet.

“After 34 years of service to the U.S. Navy Flight Demonstration Squadron, the Blue Angels, it is incredible this aircraft has the opportunity to live a second life on display at the Smithsonian for generations to come”, added Lt. Brian Abe, maintenance officer for the Blue Angels. 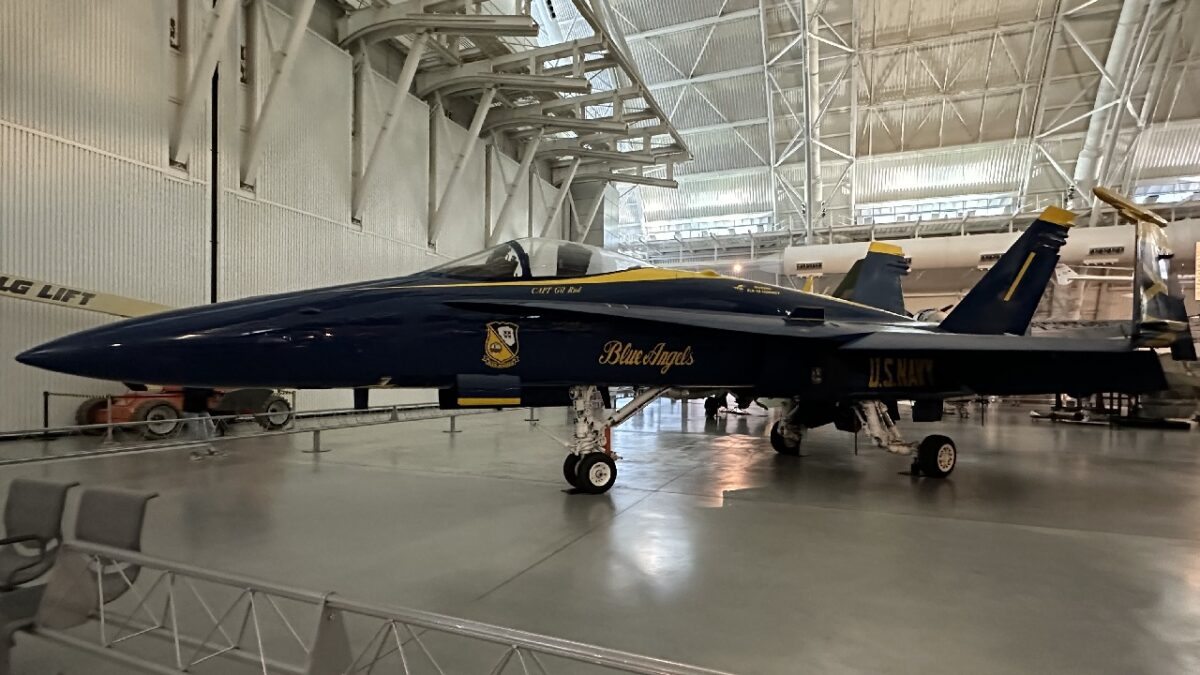 Since arriving at the airport nearly two years ago, the F/A-18C Hornet is on display, along with other naval aviation greats, such as the F6F-3K Hellcat, the F-4S Phantom II, the A-6E Intruder, and the F-14D Tomcat. And of course, the SR-71 Blackbird is there as well as the Space Shuttle Discovery.