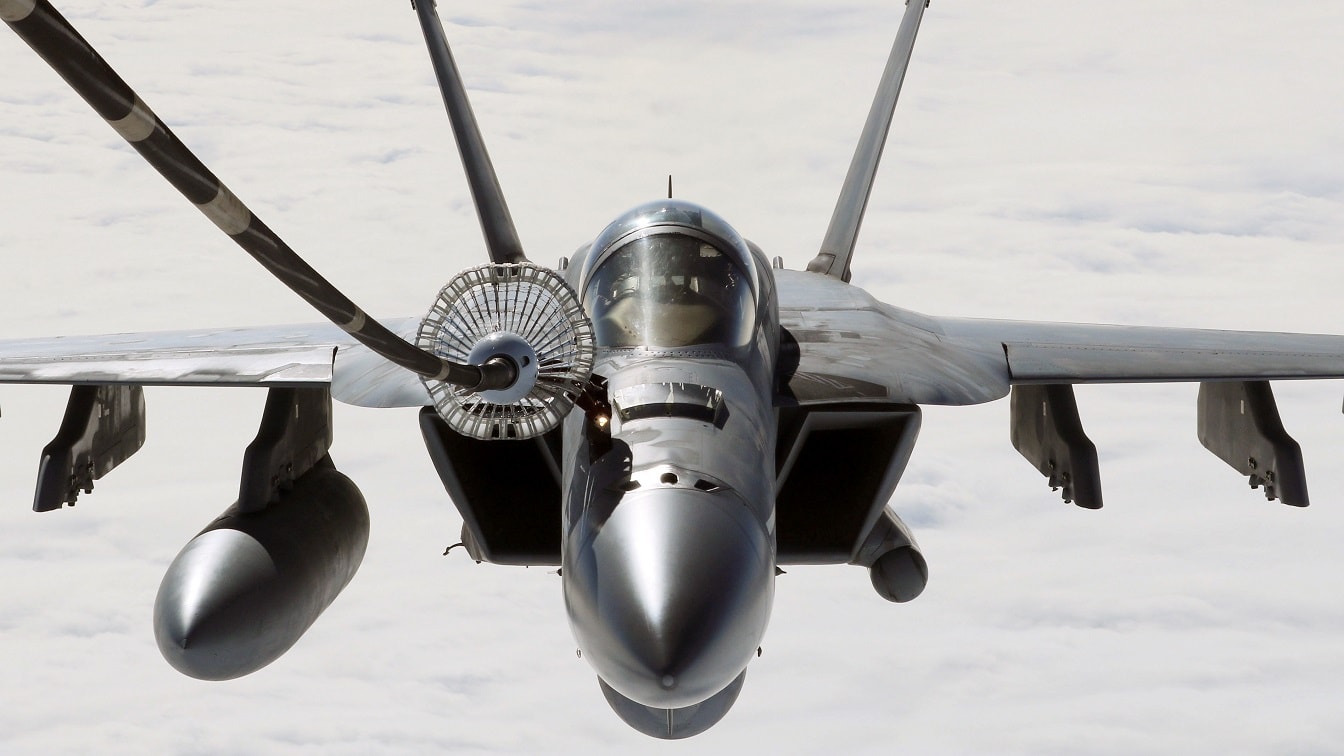 Introducing the F/A-18 Super Hornet: Earlier this month, Northrop Grumman announced that its LITENING advanced targeting pod (ATP) successfully completed initial test flights aboard the U.S. Navy’s F/A-18F Super Hornet fighter. In a press release, the American technology company said that pilots conducted maneuvers and operations simulating combat missions to test the ATP’s digital video, autonomous target tracking and laser sensor capabilities. The integration of the LITENING pods to the Navy’s Hornet fleet marks the latest modification to the twin-engine multi-role fighter aircraft that has been in service with the branch since the late 1990s.

History of the Super Hornet

The first variant of the F-18 Super Hornet was developed by the McDonnell Douglas Corporation (now Boeing) in 1979. While the F/A-18A Hornet evolved into one of the Navy’s mainstay fighters, the branch initially rejected the jet’s original prototype.

The YF-17 prototype emerged from the Lightweight Fighter program in 1972, when Congress directed the Air Force to explore less expensive alternatives to the Air Force F-15 and Navy F-14. The Air Force chose General Dynamics and Northrop Grumman to construct two prototypes of their YF-16 and YF-17 designs. Ultimately, General Dynamics’ YF-16 won the evaluation, but the Navy nevertheless declared the F-17 variant would be its new lightweight fighter.

According to Air Force Magazine, “The F-17 then evolved into the F/A-18A, the F/A designation coined by the McDonnell Douglas/Northrop team to suggest a multirole fighter/attack aircraft. Though it looked much like the YF-17 from a distance, the new jet was beefier, with bigger engines, a bigger nose, a fatter LEX, sawtooth wing leading edges, different intake geometry, heavier landing gear, and of course, an arresting hook system.”

The Navy’s specific modifications to the F-17 pushed the prototype to become the Block 1 F/A-18 Hornet variant that is still in service today.

What made the Hornet special?

As the first tactical airframe designed to perform both air-to-air and air-to-ground missions, the McDonnell Douglas F/A-18 Hornet entered service with unprecedented capabilities. The Hornet was the first fighter to use digital fly-by-wire flight controls and the first to feature carbon fiber wings, according to Boeing. All F/A-18s encompass full mission spectrum capabilities, including air superiority, reconnaissance, fighter escort, and close air support, among other attributes. The fighters carry 16,000-pound-thrust General Electric F404-400 engines that are designed for easy maintenance. As outlined by Harrison Kass, the F404 is super reliable since it is resistant to stalling or flaming out, regardless of conditions. Additionally, the engine can be removed from the airframe in a matter of minutes, an atypical attribute that lends to the fighter’s positive reputation among pilots and maintainers alike.

In March 1986, the U.S. Navy announced it had selected the F/A-18 Hornet to replace the Blue Angel’s A-4 Skyhawks airframe. As ambassadors of U.S. naval aviation, the Blue Angels have showcased the skills of both the Navy and Marine Corps via public demonstrations since the mid-1940’s.

The Navy’s choice of the F-18 for such a role shone a spotlight squarely on the platform. In the same year, the Hornet flew in its first combat operations against Libyan air defenses from the USS Coral Sea. Codenamed Operation El Dorado Canyon, the U.S.-launched air strikes targeted Libya in retaliation for a bombing in West Berlin a couple of weeks earlier. The Hornet’s success in the operations garnered the attention of foreign customers, and by 1989 the air forces of Kuwait, Spain, Canada, and Australia had ordered the fighters.

The introduction of the Super Hornet

The F/A-18’s Super Hornet successor first flew in 1995 and was produced at a full rate following the merger of McDonnell Douglas and Boeing two years later. The Super Hornet, like its predecessor, has existed in two distinct variants, the F/A-18E single-seat model and the F/A-18F two-seat model.

The Block II Super Hornet sports a more advanced design than the Hornet, equipped with an enhanced active electronically scanned array radar, avionics improvements, and larger displays, Last year, the Navy procured its first two batches of the latest Super Hornet variant, the Block III F/A-18. According to Boeing, the latest Super Hornet model exceeds fourth-generation fighter capabilities, as its “new adjunct processor translates to a fighter that will do more work and in far less time, increasing a pilot’s situational awareness.” Boeing’s newest Block III fighters can clock up to 10,000 flight hours, almost double the flight hours of similar jets. Additionally, the Block IIIs are able to carry more fuel than its predecessors, and they feature a smaller radar cross-section, which helps minimize the airframe’s detectability. 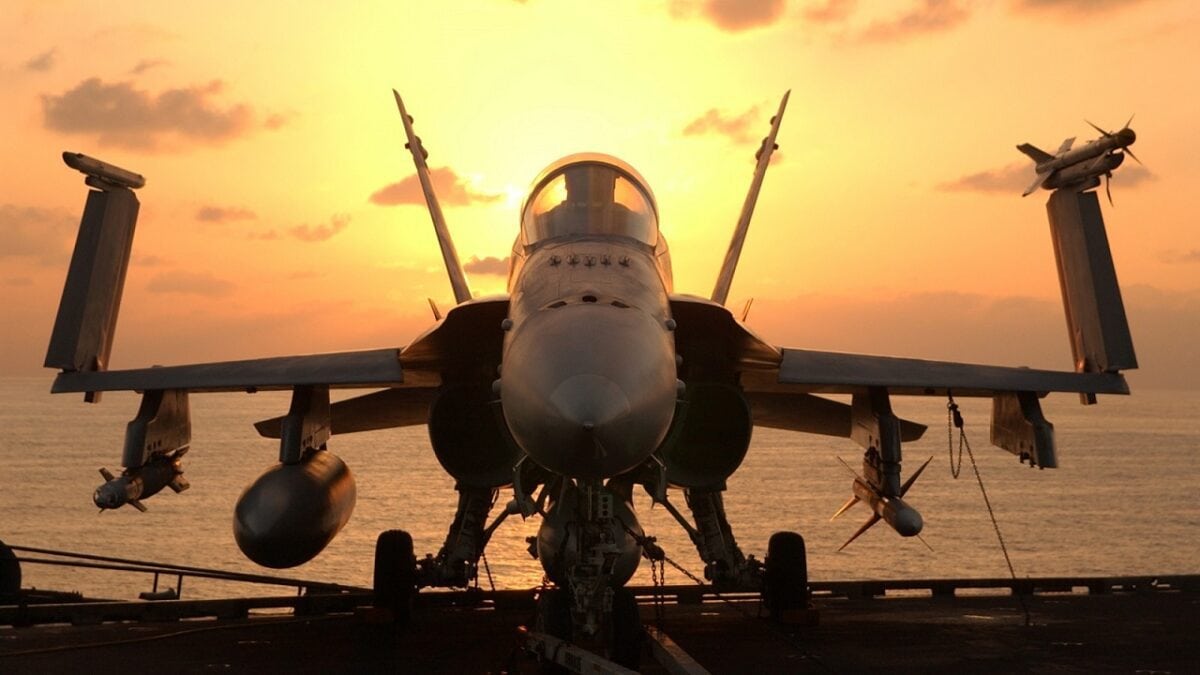 Largely recognized as the Navy’s most reliable aircraft, the F/A-18 Super Hornet continues to function as one of the world’s most sophisticated non-stealth fighters.