Doha’s $220 billion public relations stunt is crashing and burning. By halftime of its inaugural game on September 9, the 2022 World Cup’s flagship stadium ran out of water. Panicked fans got a taste of the conditions migrant workers faced while building these state-of-the-art arenas in Qatar’s 100-degree heat. On top of that, several team captains want to wear rainbow armbands to draw attention to Qatar’s poor treatment of the LGBT community. Though Qatar would like a PR bump from the games, the World Cup spotlight provides the perfect opportunity to shine a light on Qatar’s many vices.

Doha has hosted soccer, swimming, motorsport, and other athletic events in the past to improve its image. But the World Cup is its biggest stage by far. In its eagerness for this opportunity, the Gulf country won the honor by bribing FIFA officials, according to U.S. court documents.

Using the glitz and glamor of sporting events to distract from human rights abuses is a standard move from the autocrat’s playbook. Like Doha, Moscow employed bribery to secure the World Cup it hosted in 2018. Russia also hosted the 2014 Winter Olympics. Earlier this year, China hosted the Winter Olympics — pejoratively termed the “#GenocideGames” because of Beijing’s imprisonment of over 1 million ethnic minority Uyghurs.

Already, Qatar has received favorable attention for its willingness to host Israeli visitors for the Cup. But this policy does not entail a reversal of Doha’s general ban on Israelis. Rather, this temporary measure is the bare minimum expected of Qatar, since sporting bodies have cracked down on nationality-based discrimination in recent years.

Players and Attendees Supporting and in the LGBT Community

Qatar’s promises to welcome LGBT fans have been even less convincing. In 2020, Qatar assured FIFA it would allow fans to display rainbow flags. However, a senior Qatari official overseeing the tournament’s security recently claimed that if his personnel seize rainbow flags, it is for the fans’ own protection. In any case, Qatar’s month-long charade will not change the fact that Qatari law prescribes a seven-year prison sentence for being gay.

Qatar has also used its oil largesse to influence think tanks and universities. From 1986 to 2018, the Gulf country channeled some $5 billion to U.S. universities. A research institute on antisemitism has warned that these funds could be fueling anti-Jewish hatred on campus. Doha’s influence operations have also included millions of dollars to prominent DC think tanks.

Qatar has used these soft power tools to mask its soft spot for terrorists. Doha has hosted top leaders of Al Qaeda, the Taliban, Hamas, and other extremist groups. Its $360 million to $480 million annual contributions subsidize Hamas’ activities, which include offering Palestinians $200 to post TikTok videos of themselves attacking Israelis.

While terrorists stayed in Doha’s luxury hotels, foreign workers toiled to build new resorts for the World Cup. Foreigners, including one million construction workers, constitute around 91 percent of the country’s workforce, including one million construction workers. The games’ organizer reported the deaths of 37 construction workers. Meanwhile, a Guardian report found that over 6,500 migrant workers have died in the Gulf country since FIFA announced Qatar as the host of the 2022 games. The total death toll could be much higher since the report only covered workers from five countries.

Beyond poor working conditions, these laborers face an exploitative sponsorship system that gives employers widespread control over their workers. After paying a large fee to work in Qatar, indebted workers face the threat of deportation if they do not sign contracts with their employers. Qatar has made legal reforms in recent years, but little has changed on the ground.

A quarter-trillion dollars will buy Qatar a world stage in two months. But the extra attention will shine a light on the Gulf autocracy’s discrimination against the LGBT community, foreign laborers, and Israelis, and its continued support for terrorism. Nobody should be fooled by Doha’s attempt to win hearts and minds built on the backs of migrant workers.

David May (@DavidSamuelMay) is a research manager and senior research analyst at the Foundation for Defense of Democracies. Follow FDD on Twitter @FDD. FDD is a Washington, DC-based, nonpartisan research institute focusing on national security and foreign policy.

In this article:Qatar, Soccer, World Cup 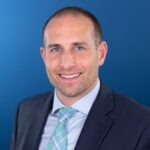 Written By David May

David May (@DavidSamuelMay) is a research manager and senior research analyst at the Foundation for Defense of Democracies. Follow FDD on Twitter @FDD. FDD is a Washington, DC-based, nonpartisan research institute focusing on national security and foreign policy.