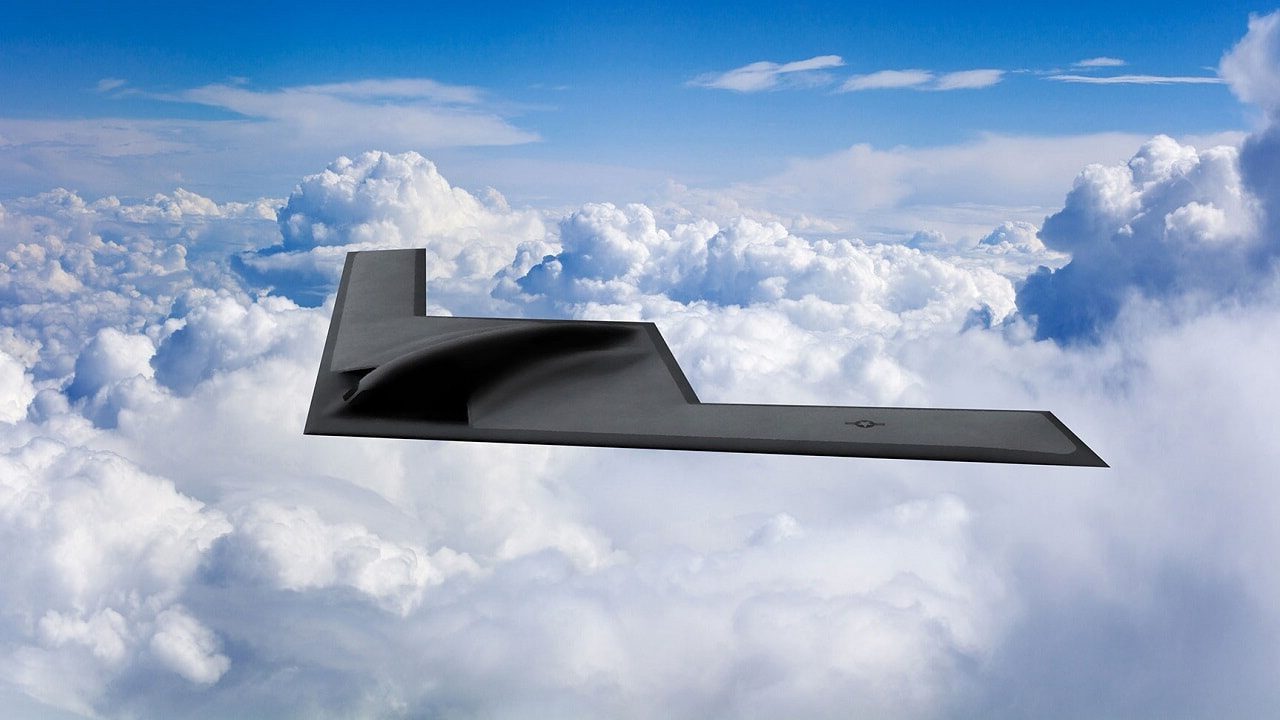 The Air Force has announced that the unveiling of its new strategic bomber, the B-21 Raider, will take place on December 2. This program is an industry-government success story: so far, the program is on time and on budget. Part of the reason for its success is that the B-21 is, in many respects, a logical evolutionary step from what has come before.

B-21 Raider: Something Special

The design itself and many of the major systems are advanced but not revolutionary. The real advances have been made in avionics, electronic systems, stealth features, and weapons that will enable the Raider to operate in intense anti-air environments. The B-21 will also benefit from the industry’s development of open systems architectures that permit rapid and continuous upgrading of systems and software to improve performance.

It is remarkable, given the history of schedule slippages and cost overruns in major defense programs, that the B-21 is on schedule and on budget. The program began in 2015; seven years later, Northrop-Grumman is rolling out the first aircraft. This makes it the Department of Defense’s (DoD) most successful rapid acquisition program.

The B-21’s success is largely a function of the Air Force’s insistence on high technical readiness levels for many of the critical components in the designs proposed by companies competing for the B-21 contract. Engine maker Pratt & Whitney has reportedly leveraged decades of experience with the F-35’s F135 engine, including in the advanced Enhanced Engine Package, in the design of the B-21’s power plant. It is also a reflection of the Air Force’s wisdom in avoiding the temptation to use the once-in-a-lifetime opportunity presented by a new strategic bomber purchase to gold-plate the requirements. The aircraft is reported to fly at high subsonic speed and has a smaller payload than the B-2 bomber.

The key question is whether the new platform will fill the Air Force’s needs in a new age of air warfare. The Raider is entering service at a time when all major forces involved in air warfare, both offensive and defensive, are in transition. The most obvious changes are rapid developments in air defenses, not only in weapons but also in the ability to integrate multiple systems into an interlocking area-denial capability. Another change is the proliferation of strike capabilities, both onboard payloads and long-range unmanned aerial systems (UASs).

Increasingly, the future of air warfare will be about manned-unmanned teaming. Also at play is the integration of sensors across all domains of warfare to pass information rapidly to the tactical edge, which would give airborne platforms like the B-21 an unparalleled ability to respond to their environments. A final change is the growth potential for the Air Force to deploy sensors, communications packages, and even offensive weapons on non-traditional platforms such as aerial refueling tankers and cargo aircraft.

The Raider could be the central player in revolutionizing the strike capability of the U.S. Air Force. The focus is no longer on just the capabilities of a fighter or bomber but also on accompanying capabilities that will be integrated with current and future platforms. The Air Force sees the B-21 and the future Next Generation Air Dominance platform as part of a family of systems.

The Air Force describes the concept for the Raider this way:

“The B-21 Raider will be a component of a larger family of systems for conventional Long Range Strike, including Intelligence, Surveillance and Reconnaissance, electronic attack, communication, and other capabilities. It will be nuclear capable and designed to accommodate manned or unmanned operations. Additionally, it will be able to employ a broad mix of stand-off and direct-attack munitions.”

All of the Services, but perhaps the Air Force most of all, are moving to a distributed warfare paradigm. This involves proliferating sensors and communications nodes, connecting to the capabilities of the other Services, adding weapons delivery capabilities to non-traditional platforms, and making extensive use of unmanned systems.

What unique capabilities and opportunities does the B-21 bring to the game? It was designed from its inception to be a sophisticated, stealthy “truck” that could incorporate future generations of sensors, electronics, and weapons, both nuclear and conventional. Its advanced electronics, stealth features, and ability to exploit offboard sensing will allow the B-21 to defeat adversaries’ integrated air defenses. With the proliferation of unmanned platforms and technologies, the Raider has the potential to be a long-range penetrating mothership, deploying long-range missiles such as the Long Range Anti-Ship Missile (LRASM) and Joint Air-to-Surface Standoff Missile-Extended Range (JASSM-ER), unmanned platforms, and air-launched effects such as decoys, jammers, anti-radar weapons or even direct attack munitions.

Operating in a passive mode, the B-21, like the F-35, can act like an airborne command post, directing swarms of manned and unmanned platforms. In this role, the Raider could provide critical real-time targeting information for long-range Army and Navy weapons.

Senior Air Force officials have made it clear that they see the new bombers as vital to countering adversaries’ anti-access/area denial strategies. The U.S. needs a long-range, stealthy strike system that can defeat enemies’ potential efforts to keep U.S. forces at a distance or hide targets in their vast interior spaces. This was recognized as a requirement by Air Force Chief of Staff General C.Q. Brown who said, “The B-21 Raider program is foundational to the Air Force’s operational imperative for an effective, long-range strike family of systems to guarantee our ability to strike any target, anytime, anywhere, even in the most contested environment.”

The B-21 has one additional noteworthy feature: its ability to conduct direct attacks on hardened and deeply buried facilities. These attacks generally require overflying targets, which would be heavily defended. 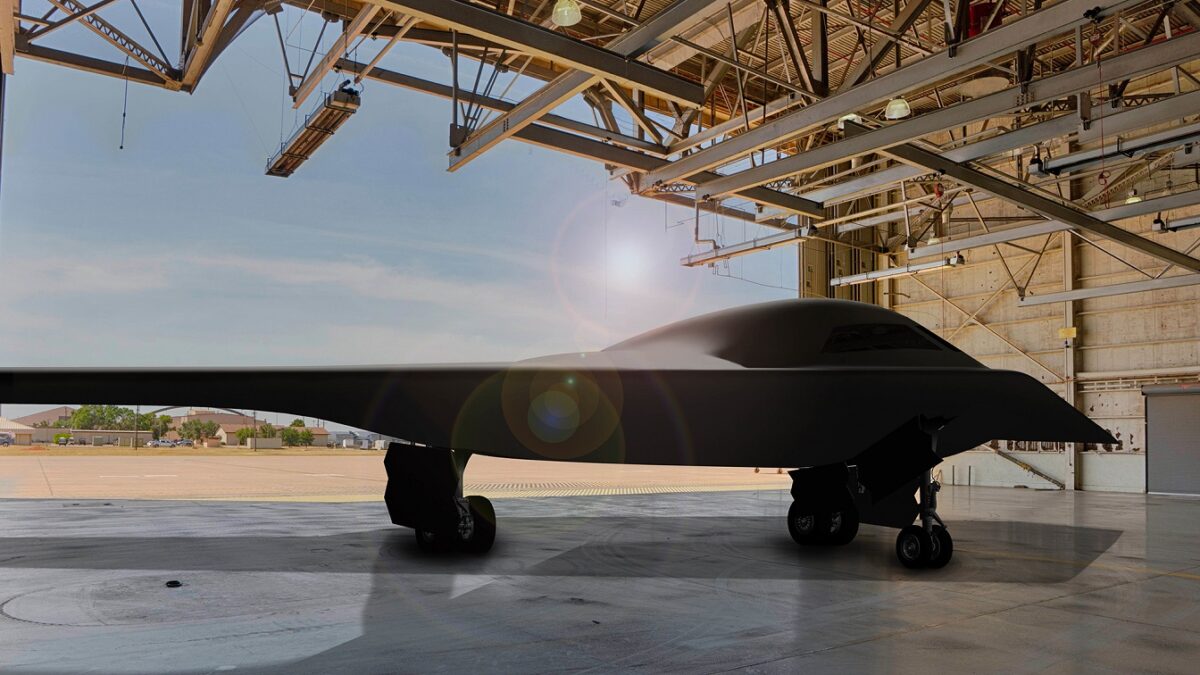 While the B-21, by all accounts, has the qualities needed in a new strategic bomber, the question remains of whether it will be procured in sufficient numbers. The Air Force’s stated requirement is just one hundred, but experts have argued that double that figure would make more sense given the advances in air defenses and the aging of the existing bomber fleet.