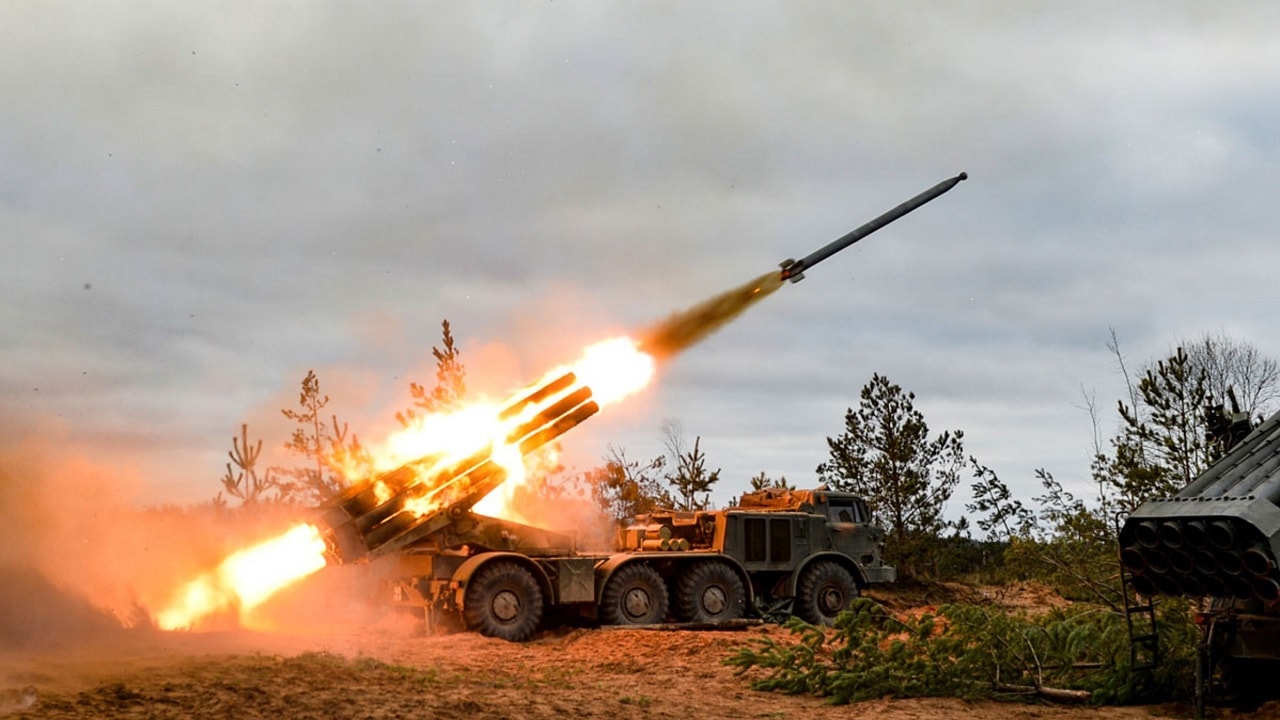 Russian drone attacks targeting Ukrainian infrastructure belie a sobering fact about their prewar preparation – namely, that its missile stockpile was sorely lacking. Last month, Russian Forces began a series of operations aimed at taking out Ukraine’s electricity network. Analysts have generalized this strategy as Moscow’s deliberate attempts to destroy Ukraine’s electrical infrastructure before the winter. Imagery of the aftermath of some of these attacks shows that outdated and unguided missiles were used by Russian Forces. The fact that Moscow is employing its arsenal of lackluster missiles to achieve its war objectives suggests that its sophisticated missile reserve is running low, and that its ability to use its remaining missiles in combat could be limited. 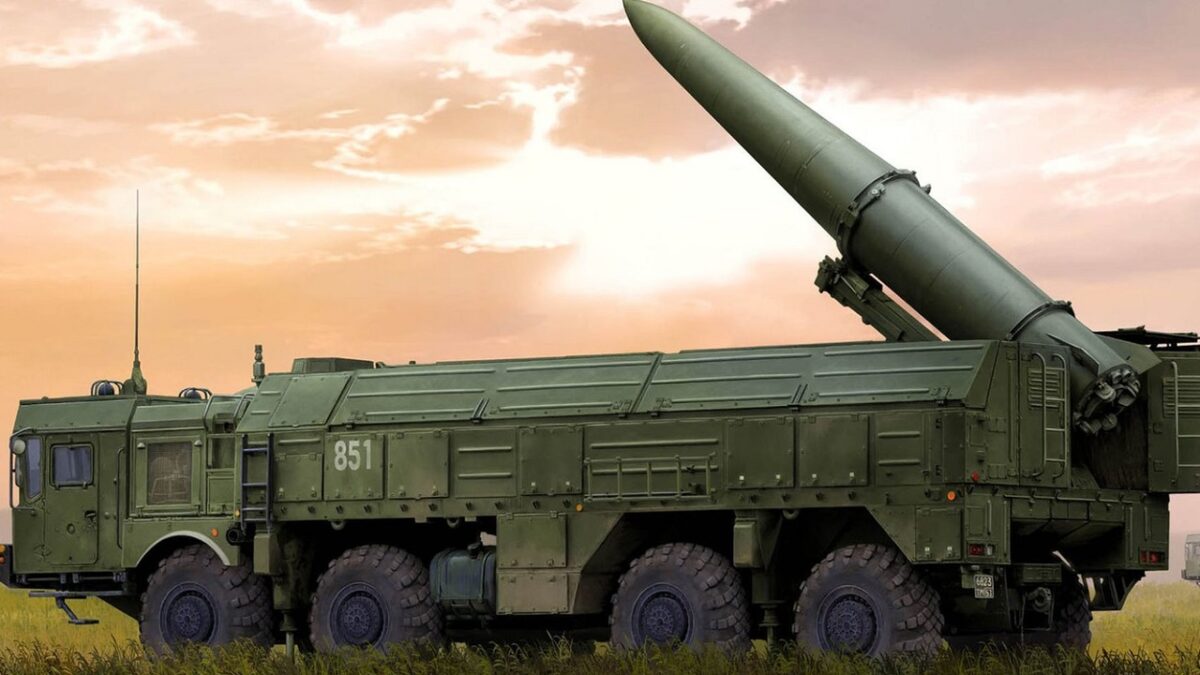 In October, Russia launched five S-300 missiles targeting residential structures in the Ukrainian city of Kharkiv. Euromaiden Press circulated photos depicting the aftermath of the attack, which included the remnants of the Soviet-era S-300 surface-to-air missiles. First deployed in the late 1970’s after nearly a decade of development, the S-300 was intended to defend large industrial and administrative facilities in the former Soviet Union. Over the years, multiple variants of this missile system were developed and several militaries in former Eastern Bloc countries continue to deploy them today. According to Reuters, Russia’s state-run arms export agency Rosobornexport has labeled the most current S-300 variant as a weapon equipped with “high tactical and technical characteristics that allow to use it for air defense of the most important administrative, industrial and military facilities, troop groups, coastal infrastructure and naval forces at stationing site.”

Since these missiles are meant to take out drones, incoming projectiles and aircraft, it is interesting that Moscow has used them to target civilian infrastructures in Ukraine. Some military experts and analysts believe a limited precise missile stockpile and Russia’s failure to achieve air superiority over Ukraine could explain the Kremlin’s logic in repurposing these surface-to-air missiles to attack ground targets.

Only one month into its invasion, Moscow nearly depleted its stockpile of tactical ballistic missiles. According to the Pentagon, Moscow fired roughly 600 missiles in the first 11 days of the war alone. Now, the head of Ukraine’s Defense Intelligence directorate believes that a small percentage of both the 9K720 Iskander short-range ballistic missile system and the 3M-54 Kalibr cruise missiles remain. Kyrylo Budanov told a Ukrainian news outlet that “About 13 percent remains for Iskanders, about 43 percent for Kalibr-PL, Kalibr-NK missiles, and about 45 percent for Kh-101 and Kh-555 missiles,” adding that “It is generally very dangerous to fall below 30 percent because it already goes [in]to ‘NZ’ [reserve stocks]. … Due to the lack of missiles and their low efficiency and accuracy, they were forced to use Iranian drones. They use ‘Shahed’ en masse here.”

The Iskander missile launcher, codenamed SS-26 Stone by the North Atlantic Treaty Organization (NATO), has been on rotation in Moscow’s weapons arsenal since its development in the 1970’s. In 2016, Russia upgraded the launcher’s range, which the U.S. condemned for violating the Intermediate-Range Nuclear Forces Treaty’s (INF) range limitations. The Iskander remains one of Russia’s premiere missile systems, featuring a range of roughly 400-500 kilometers and ability to carry nuclear warheads.  Moscow’s 3M14 Kalibr missile, codenamed SS-N-30A by NATO, performs as the country’s top-of-the-line land-attack cruise missile (LACM). With a reported range of approximately 1,500-2000 kilometers, the weapon mightily improves Russian Navy’s ground-strike capabilities. 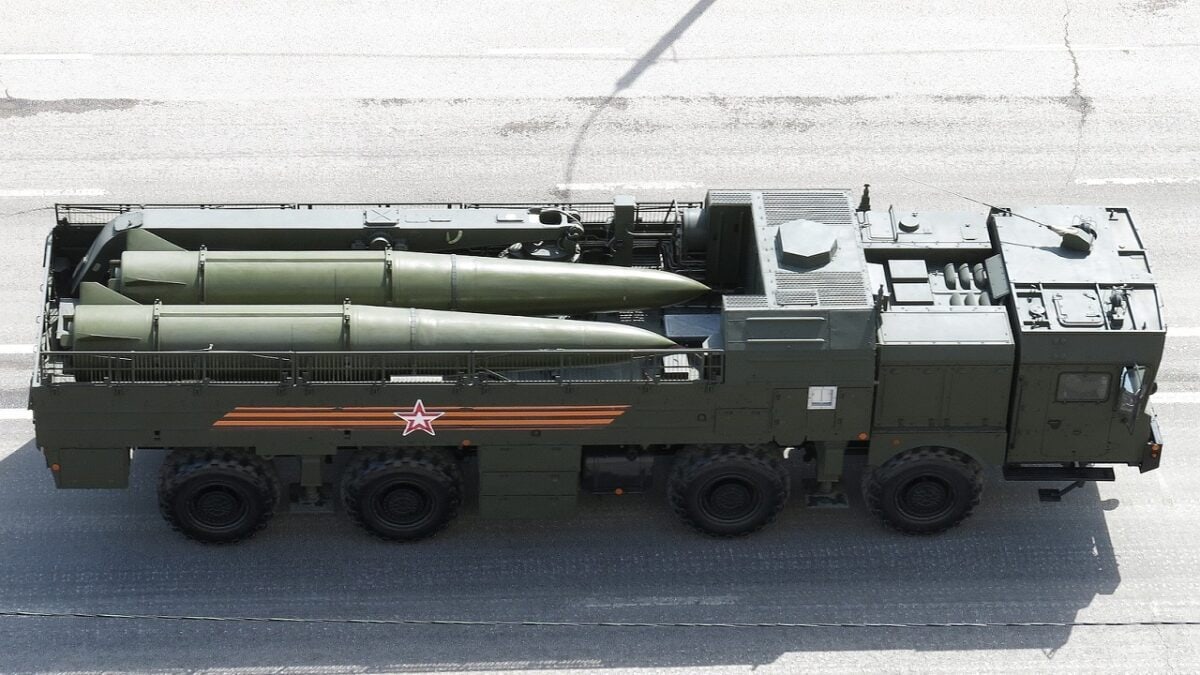 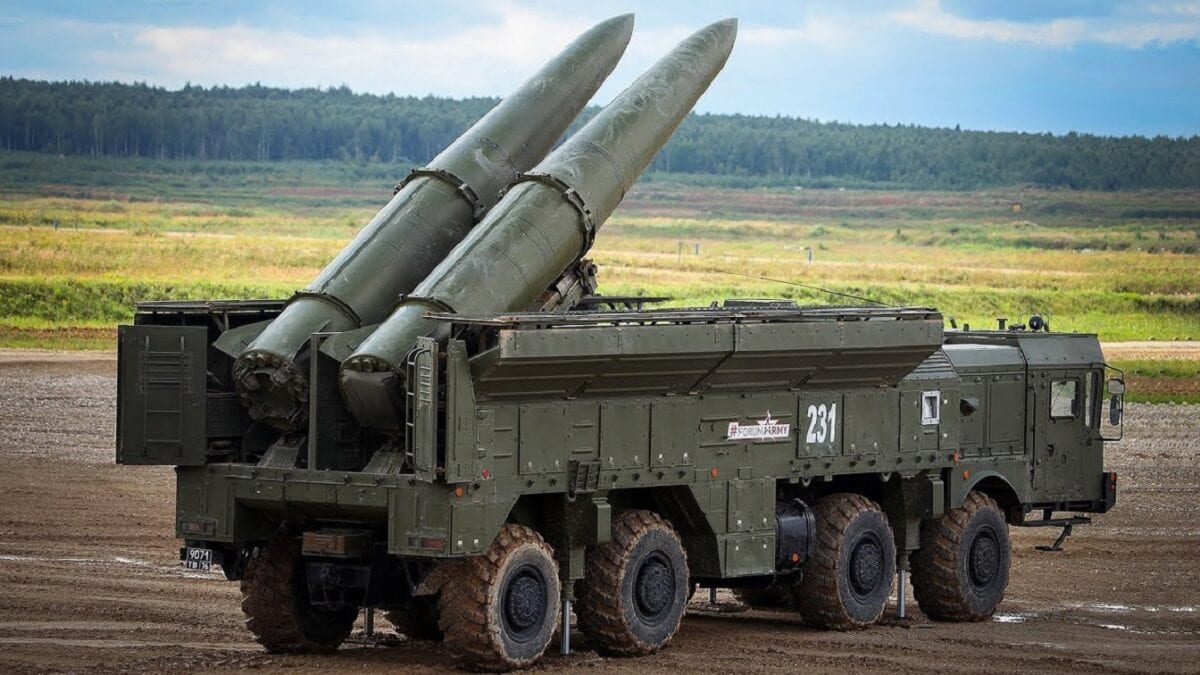 Since Iran has provided drones to Russia…

In the above statement, Budanov is referring to Moscow’s growing reliance on imported Iranian killer drones. Recently, Russian Forces have been utilizing the Iranian-made Shahed-136 loitering munition to target Ukraine’s electricity infrastructure in addition to other civilian structures. For months, the Kremlin and the Iranian regime denied an exchange of drones ever took place – despite the litany of evidence proving otherwise. Earlier this month, Iran fessed up to providing drones to Russia to aid its war efforts in Ukraine.

Why wouldn’t it provide missiles?

Ukraine’s Defense Intelligence directorate is growing more concerned that Tehran could start delivering its indigenously-produced ballistic missiles to Russia by the end of this month. In a recent New York Times report, a spokesperson for Ukraine’s Air Force listed Iran’s Fateh-110 and Zolfaghar ballistic missiles as the possible weapons Russia could soon secure.

The blatant dwindling of Russia’s missile stockpile begs the question of how the Kremlin will achieve its intended war objectives. Based on the recent rapport between Tehran and Moscow, an influx of Iranian-made ballistic missiles is the most probable solution to Russia’s shortfall.