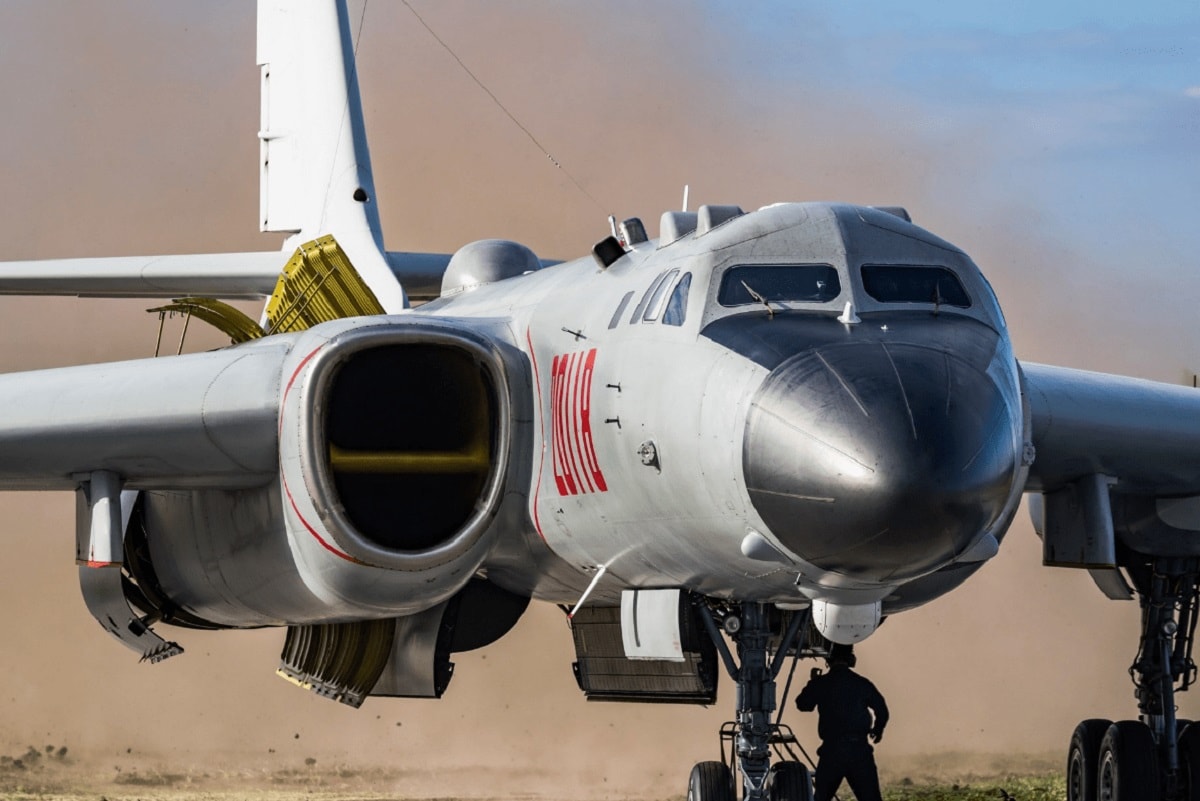 Russian and Chinese Bombers Conducted Joint Patrol Operations: Apart from the United States, Russia and China are the only nations that still operate long-range strategic bombers – and on Wednesday the two countries conducted an eight-hour-long joint patrol over the Sea of Japan and the East China Sea.

In addition to flying together over the neutral waters, the strategic bombers also made cross-landings at the airfields of both countries for the first joint aerial patrol.

China’s Defense Ministry described Wednesday’s patrols as a “routine” part of an annual cooperation plan between the two militaries.

It added that fighter jets of the two nations escorted the strategic missile-carrying bombers at some stages of the aerial patrol.

“In the course of accomplishing their missions, the aircraft of both countries acted in strict compliance with the provisions of international law. There were no violations of the airspace of foreign states,” the ministry said, and further stressed that the strategic bombers conducted their joint aerial patrol as part of the 2022 military cooperation plan and that the flight was not directed against any third countries.

After their joint aerial patrol, all the aircraft would return to their home airfields, the ministry stated.

The Tupolev Tu-95 was first flown in 1952 and is now among the oldest aircraft designs still in service with the Russian military. The Bear is also the only propeller-powered bomber in service anywhere in the world today.

However, despite the age of the platform, it is a highly-capable bomber – and much like the United States Air Force’s B-52 Stratofortress, it has been steadily upgraded and will likely remain in service well into the 2040s or later.

The four-engine propeller plane was developed in the 1950s after Soviet military planners had requested a four-engine bomber that could fly five thousand miles and hit targets across the United States.

The choice of propeller-driven engines was made due to the fact that jet engines of the time burned through fuel too quickly, and the Soviet Air Force lacked the capability to refuel its bombers in flight. The Tu-95 has a range greater than 15,000km (9,300 miles).

Beijing currently maintains the largest single-family of bombers in service with its Xian H-6. More than 260 were built since 1959, and it is believed that at least 230 remain operational.

In fact, the U.S. Air Forces’ B-52 and China’s People’s Liberation Army Air Force H-6 now account for 60 percent of all bombers currently in service globally.

The H-6 is a dual conventional and nuclear threat aircraft. Several of the bombers have landed in the past on disputed territory such as Woody Island in the Paracels group of islands, rocks, reefs, and atolls in the northwestern part of the South China Sea, to which Beijing lays claim.

Closer Ties Between Beijing and Moscow

This week’s patrol followed a series of joint drills intended to showcase growing military cooperation between Moscow and Beijing as they both face increased tensions with the United States.

It was in September that Beijing deployed more than 2,000 troops along with more than 300 military vehicles, 21 combat aircraft, and three warships to take part in a large-scale joint exercise with Russian forces.

The maneuvers marked the first time that Beijing had sent units from three branches of its military to take part in a single drill with Kremlin forces.

Defense cooperation between the two nations has increased in recent years, and Beijing had previously declared a “no limits” friendship with Moscow – and has to date refused to criticize Russia’s invasion of Ukraine.

Instead, China has cast blame on the United States and NATO for provoking Moscow, while Beijing has also blasted the punishing sanctions that have been imposed on Russia.

China has further become one of the largest customers of Russian oil and gas, and its purchases in 2022 are more than double that of last year – in part as Chinese importers have taken advantage of discounts offered by Moscow. Russia overtook Saudi Arabia to become China’s top oil provider in June.