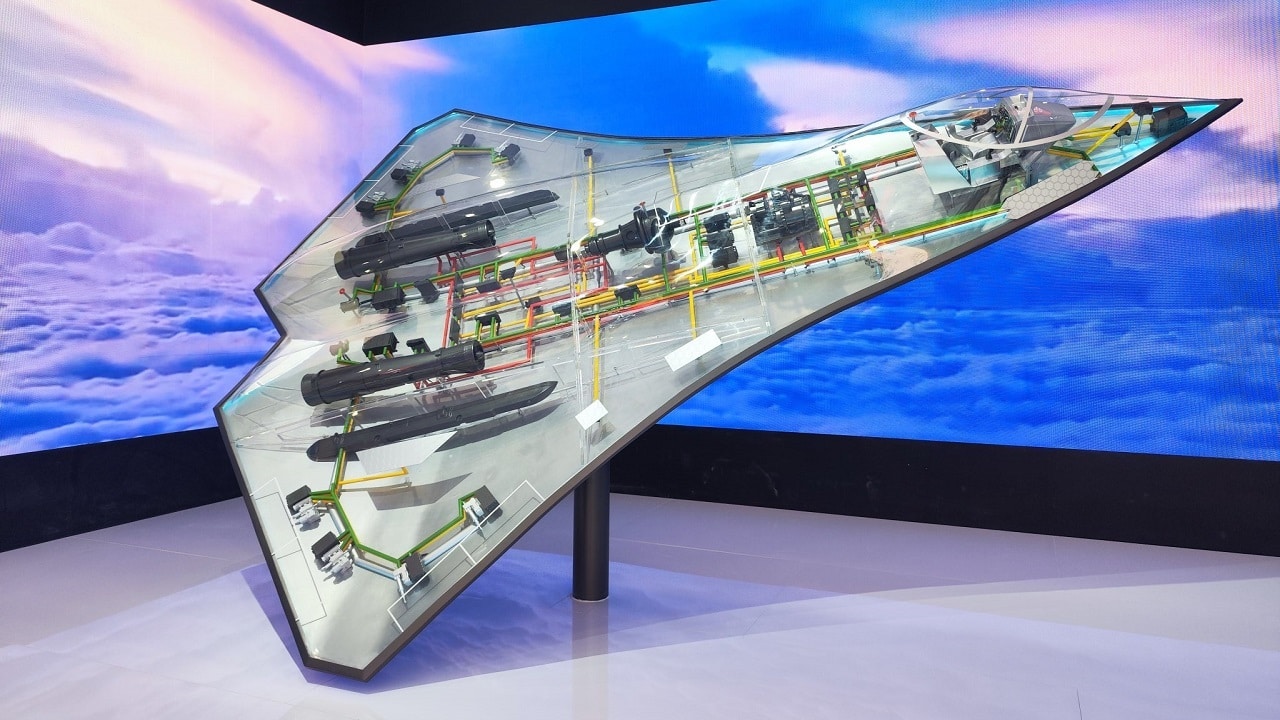 China Strikes Back With Its Plans for a Sixth-Generation Fighter: We have extensively discussed China’s fifth-generation fighter – the J-20 Mighty Dragon, which is now based at all regional theater commands in China to deploy in times of war quickly. It has radar-evading characteristics allowing it to join the exclusive club of stealth fighters to challenge F-22s and F-35s. China seems to be pumping out more J-20 models each month.

Now Beijing’s air force is raising the stakes with its sixth-generation fighter on display at the Zhuhai Airshow. This is again to match the planned American Next-Generation Air Dominance (NGAD) fighter. When it looks like the United States Air Force jumps ahead, the Chinese air force leapfrogs back into the lead.

But let’s not get carried away.

China’s air show mockup of the sixth-generation fighter is rudimentary and raw, as shown above. China is likely working on a next-generation fighter, but it is unclear how far along designers and engineers are on the project.

Like the NGAD, it may be a “family of systems” that means teaming with a combat drone that could be stealthy. China also showed off its FH-97A loyal wingman unmanned fighter at Zhuhai. It seems that the drone is further along in development than China’s sixth-generation bird.

China’s next generation manned fighter that is supposed to go up against the NGAD will likely have new weapons, radar, communications systems, and battle management artificial intelligence. Their next-generation model may be able to fire hypersonic weapons and be stealthier than the J-20.

The new Chinese warplane has a tail-less flying wing design. The fighter is years away from full development – probably not likely to fly until at least 2028 and not be in service until the mid-2030s. That timeline seems optimistic when considering what is on display at the air show. But it is safe to assume that China wants to keep up with the U.S. Air Force’s NGAD.

NGAD is not believed to have a flying wing design judging by the latest artist renderings. These images released by Lockheed Martin are of a tail-less diamond wing shape.

NGAD is likely to have a speed of MACH 2.8 and a ceiling of 65,000 feet. These specs will come with a high price tag. The Air Force has not been shy about spending money on the NGAD – investing $2.5 billion since 2018 and there will close to $9 billion sunk in by 2025. Each NGAD fighter could cost hundreds of million dollars apiece.

China wants to do this cheaper and quicker. In September, General Mark D. Kelly, chief of Air Force Air Combat Command, said the Chinese want their next-generation fighter to have an “exponential reduction in signature [and an] exponential acceleration of processing power and sensing.” These are qualities that Americans want to have in their NGAD as well.

One good part of this copycat syndrome from China is that it creates warning signals in the Air Force, Pentagon, and on Capitol Hill that the Chinese are in a grudge match with the United States matching arm system for arms system and capability for capability. This creates suspense and a sense of urgency in policymakers and military leaders to formulate an acquisition strategy to ensure the United States keeps up with China and is not surpassed.

This sixth-generation fighter development from China is a must-watch development, and we will monitor it closely.