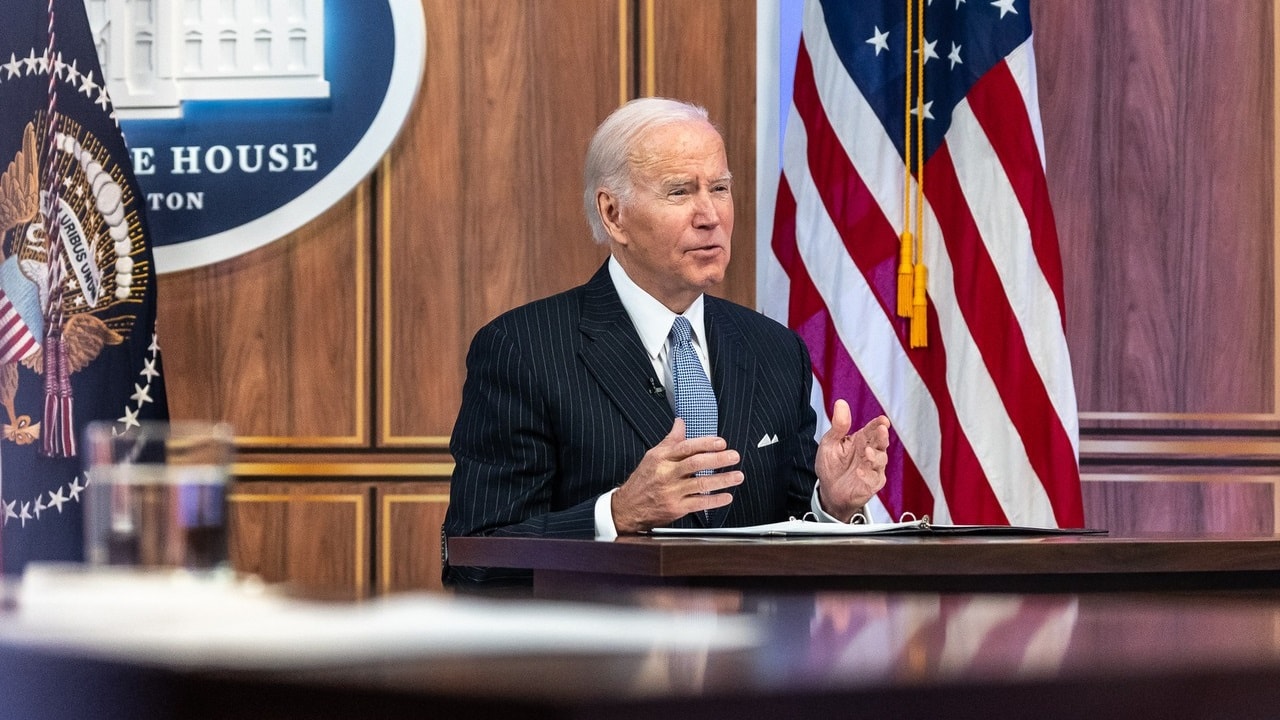 Biden Should Speak Out Forcefully for Chinese and Iranian Protestors: China’s protests caught the White House by surprise. America’s “near-peer” competitor and top military threat hobbled, at least temporarily, by widespread protests was not something the State Department or the intelligence community’s top China hands expected.

The Biden administration’s response was weak. “We’ve long said everyone has the right to peacefully protest, in the United States and around the world. This includes in the PRC [the People’s Republic of China],” a National Security Council statement read.

Once again, political appointees and professional diplomats responded as if by a computer algorithm rather than with an appreciation of the ideological battle in which the United States finds itself, the outcome of which will shape the fate of the rules-based order over the remainder of the century. The tepidness of the statement undermines any meaning it might have.

The reason for the Biden administration’s weak response is no mystery. After all, many of the president’s top aides also occupied senior national security or diplomatic roles during the Obama administration when, in 2009, Iran also erupted into protest. At that time, protestors chanted “Obama, Obama, ya ba o na ya ba ma” [“Obama, Obama, you’re either with us or against us”] as the White House remained largely silent.

President Barack Obama wanted a restrained reaction for three reasons. First, he argued, there was little the United States could do. Many in his inner circle further believed that to speak out in favor of the protestors might delegitimize them by playing into Supreme Leader Ali Khamenei’s accusation that they were foreign agents. Finally, Obama had secretly reached out to Khamenei and did not want the Iranian supreme leader to use statements against his regime as an excuse not to negotiate.

In each case, Obama was wrong. Unfortunately, Obama alumni in the Biden administration today repeat the same mistakes.

First (and most important), the United States can speak on behalf of principle beyond the right of peaceful protest. The battle today is for the liberal order. The White House, for example, might speak about the virtues of democracy, government accountability, and freedom. The issue across China is not simply the people’s right to protest, but rather the abuses of power that lead the Chinese people down this path. It is about individual liberty. The Chinese Communist Party repeatedly argues that its system is superior to Western democracy. Over the years, they have found some journalists and academics—Tom Friedman and Jeffrey Sachs—whose columns and statements seem to amplify such arguments.

Now is Biden’s time to show Western democracy to be superior. Whatever internecine disputes Democrats and Republicans might have had with regard to the response to COVID-19, pale in comparison to the competition between Western liberalism and Chinese Communist Party autocracy. The Chinese public senses, and Biden should speak about how both Democratic and Republican policy responses were superior to what President Xi Jinping now imposes. Democracies learn from mistakes rather than bend society to the ego of a single man. Even when threatened by the ego of a man like President Donald Trump, in America the rule of law prevails. Biden should further explain how China is a great civilization and has much about which to be proud, but the Chinese Communist Party does not represent its apex. Taiwan and, previously Hong Kong, both show that democracy and Chinese culture are not mutually exclusive. The same points are also true with regard to Iran versus the Islamic Republic. The two are not and have never been synonymous. Iranians deserve freedom. They are ready for it. They should understand that Americans cheer for their freedom.

This brings us to the idea that offering moral support to protestors delegitimizes them. This is simply wrong. Protestors around the globe carry signs in English because they want to communicate with and receive the acknowledgment of the outside world. At the same time, dictators try to tar them with the accusation of foreign support regardless about whether they receive it or not. To deny them support is to play into the dictatorships’ hands by helping Beijing and Tehran isolate the protests.

Obama’s outreach to Iran was always naïve. Jake Sullivan, who as an aide to Secretary of State Hillary Clinton was its initiator, was naïve to believe both the sincerity of so-called regime reformists and the idea that engagement could tip the internal balance in Iranian elections from hardliners to reformists. In reality, the Iranians played him like a fiddle in an elaborate game of good cop-bad cop. Today, Special Envoy Rob Malley and Climate Czar John Kerry repeat Obama’s past error by prioritizing diplomacy with autocrats over human rights and the aspiration of freedom of the Iranian and Chinese peoples.

The crisis no one saw coming during the campaign shapes the foreign policy legacy of almost every administration. For Ronald Reagan, it was the end of the Cold War. For George H.W. Bush, it was Kuwait. Bill Clinton had the Balkans, George W. Bush had 9/11, Barack Obama had Syria and Libya, and Donald Trump had COVID-19. Biden’s moment is now. He must choose: Will he advocate for the rules-based order against those who would dismantle it, or will he essentially forfeit his opportunity to defend and advance freedom and liberty worldwide.