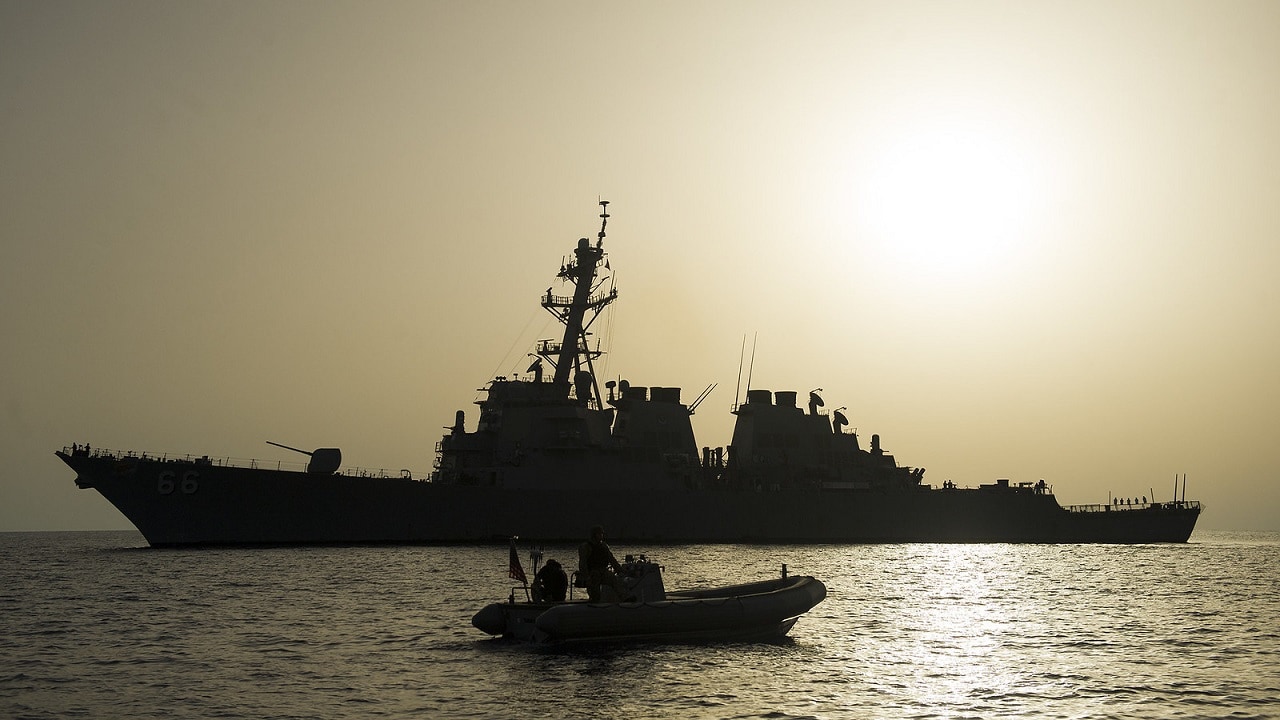 GULF OF ADEN (May 17, 2016) Members of the visit, board, search and seizure (VBSS) team operate a rigid-hull inflatable boat (RHIB) alongside guided-missile destroyer USS Gonzalez (DDG 66). Gonzalez is currently operating with the Boxer Amphibious Ready Group in support of maritime security operations and theater security cooperation efforts in the U.S. 5th Fleet area of operations.

What are the measures of a superpower? Is it the number and diversity of its nuclear weapons and delivery systems? Is it the size of its Army? Or the number of ships in its fleet? These are necessary, but not sufficient, measures of a nation’s military capabilities.

A unique strategic advantage for the U.S. is its capacity to move large amounts of forces and supplies across oceans and sustain them while engaged in combat, often for years. This is essential for the military’s ability to achieve integrated deterrence, conduct expeditionary and humanitarian operations, and provide reassurance to friends and allies. Should deterrence fail, moving forces to a fight and sustaining their presence is vital. That makes sealift an important measure of U.S. military power.

How does the U.S. military deploy overseas? Personnel and some equipment can go by air. But around 90 percent of the military’s equipment and supplies, particularly for the Army and Marine Corps, move by sea. Even though the Air Force and Navy can to some extent, self-deploy, they need to be supported in transit by aerial and at-sea refueling. Once deployed, they also need to rely on sea-based transport for munitions, spare parts, and other critical supplies. As one former senior official with the Maritime Administration (MARAD) observed: “This is how we move our forces from [the continental United States] to anywhere else in the world. We can stuff some of it in the back of a C-17 [aircraft] but not a whole lot…If you’re going to take real combat power someplace, it’s got to be in a ship.”

Even at the height of the Cold War, when a significant fraction of the U.S. military was deployed overseas, the ability to reinforce and resupply those forces from the continental United States via sealift was an essential element of this nation’s deterrent posture and warfighting capability. The need to deploy forces abroad actually increased in the post-Cold War era, as the bulk of overseas forces were brought home. Today, the requirement for projecting power has made sealift more important in the Biden administration’s National Security Strategy, which identifies Russia and China as simultaneous major threats. What makes the requirement to project power all the more challenging is the United States’ desire to deter and defend forward, both in Eastern Europe and the Western Pacific.

The United States will not be able to support its national security objectives without a robust capability to move enormous amounts of equipment and supplies anywhere in the world. The trouble is that the U.S. military is reliant on a dwindling, aging sealift capability to provide global mobility. For years, defense publications have published reports on the declining state of U.S. sealift, government-owned and commercial components alike.

The military sealift fleet, simply put, is about to go off a waterfall. All four components of the sealift fleet – prepositioned ships (prepo), surge sealift ships, the Ready Reserve Fleet (RRF), and U.S.-flagged commercial vessels that are part of the Maritime Security Program (MSP) – are facing serious challenges. The U.S. government’s sealift fleet suffers from a combination of obsolescence, deferred maintenance, and a lack of skilled crews. The Navy warned years ago that unless aggressive action is taken now to recapitalize prepositioned and RRF ships by 2035, the military sealift fleet will only be able to deliver half the necessary volume of equipment and supplies.

The Navy, Department of Defense, and Congress have struggled for some years to define a pathway to ensuring a viable public sealift capability. The solution now generally agreed upon can be characterized as rolling recapitalization. This would involve acquiring used commercial ships, refurbishing them, and placing them in the prepo fleet. The now excess prepositioned ships would be cascaded into the surge fleet and RRF. The Navy also is pursuing a service life extension program for the newest prepositioned and RRF ships.

There has been concern expressed in Congress that the Navy is not moving fast enough with sealift recapitalization. Several members of Congress, notably Representative Rob Wittman, have suggested turning over the responsibility for refurbishing the surge sealift force to MARAD.

But even with a modernized fleet of government-owned sealift assets, the U.S. will be dependent on U.S.-flagged commercial vessels in the event of a large-scale conflict. This is the purpose of the MSP, which pays a retainer incentive to the operators of member vessels in exchange for their availability during times of need.  For example, private U.S. shipping companies such as Crowley Maritime have played a vital role in support of U.S. humanitarian relief efforts in places like Haiti and West Africa.

The U.S.-flagged commercial fleet on which the military relies for surge sealift is also under constant pressure from cheaper foreign competitors. The national security interest of the U.S. in maintaining a viable commercial sealift capability is the critical reason for measures such as the Jones Act and cargo preference.

The Jones Act requires that all vessels carrying cargo on inland waters or between U.S. ports be U.S.-flagged and -crewed. Providing incentives for U.S. companies to stay in the commercial sealift business is a relatively cheap way of ensuring the survival of this sector. Despite criticisms that the Jones Act impedes responses to humanitarian crises, this has not been proven to be the case. Rather, the Jones Act helps preserve the critical national security capabilities that both ships and trained crews provide.

The same is true for cargo preference, which refers to the U.S. laws, regulations, and policies that require the use of U.S.-flagged vessels in the movement of cargo that is owned, procured, furnished, or financed by the U.S. government. All military cargoes and 50 percent of government agency and agricultural cargoes fall under the umbrella of cargo preference. Cargo preference also helps provide an assured base of business for U.S.-flagged carriers that are available to respond to a national security incident. 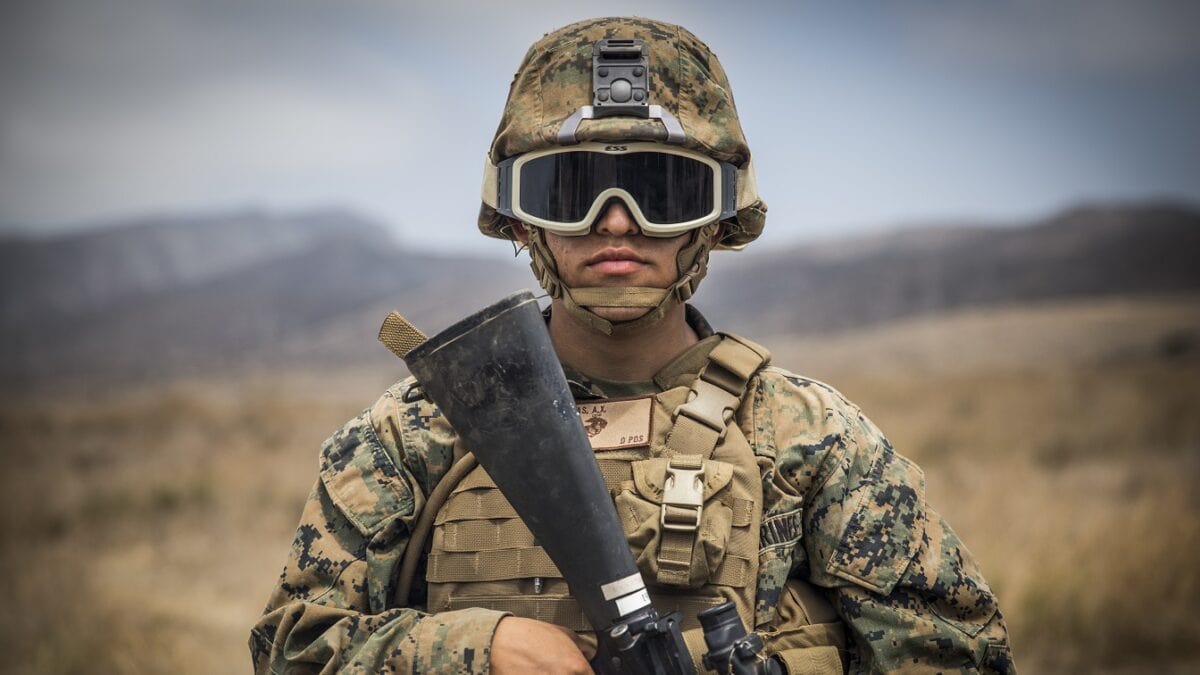 The U.S. possesses the world’s most modern and lethal Army, Air Force, Navy, and Marine Corps. It maintains a globe-girding array of alliances and friendships. But these assets need to be deployed and supported to deter conflict and prevail in war. Ultimately, without a robust sealift capability, the U.S. will cease to be a superpower.