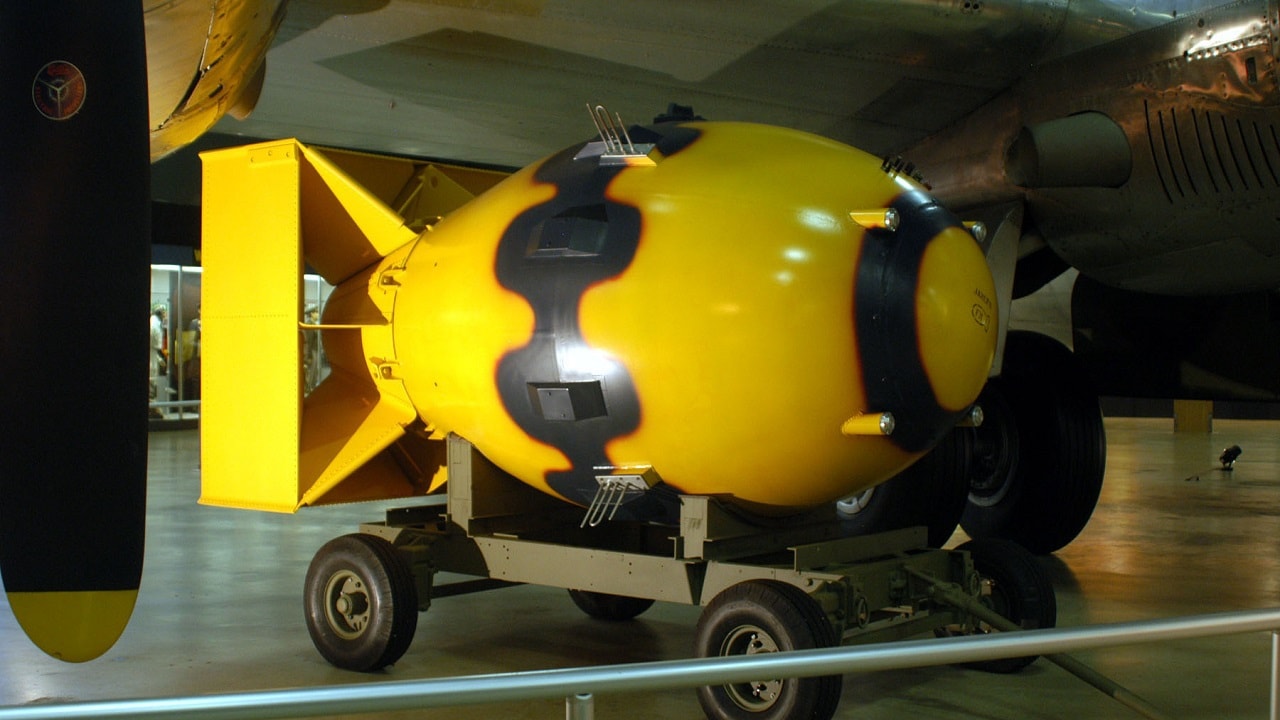 Did Hitler Have Any Shot at Building Nuclear Weapons?: A popular theme in “alternative history” is how Nazi Germany could have won the Second World War.

Such a scenario is the basis of the Amazon Video original series The Man in the High Castle, based on the novella of the same name by Philip K. Dick. It presented a world where Germany was able to use an atomic bomb against Washington, D.C. – resulting in a victory for the Axis.

It is fanciful thinking, however.

Germany never really had a chance to defeat the United States, let alone to invade it – and a nuclear weapon would have likely been the only option that presented Adolf Hitler and the Nazis with a path to victory once the United States entered the war.

Yet, even then, how much good the weapon could have done is debatable.

As the PBS series NOVA reported in 2005, Germany did devote vast amounts of resources to develop rockets, jet planes, and other forms of deadly military technology.

Still, its leaders didn’t really try to create an atomic bomb. It was likely a hugely missed opportunity for the Nazis.

In January 1939, German chemists Otto Hahn and Fritz Strassmann published the results of a historic experiment: after bombarding uranium with neutrons—neutrally charged particles—they found barium, an element roughly half the size of uranium. This was a ground-breaking discovery that touched off a frenzy of work on fission around the world.

By the end of that year, physicist Werner Heisenberg had calculated that nuclear fission chain reactions might be possible. He further saw that it was conceivable that a “uranium machine” – a nuclear reactor – could generate energy, yet, when uncontrolled, could result in a nuclear explosive vastly more potent than conventional explosives.

German scientists did set out to create such a weapon, and efforts actually continued throughout the war, but it lacked the scale of the United States-led Manhattan Project. At issue was that not all forms of Uranium could split as the 1939 experiment discovered.

That was just the beginning.

It took the vast team of scientists working across multiple locations years to finetune the research and to determine the right balance of isotopes and the critical mass of uranium required to turn simple radioactive material into a true weapon of mass destruction.

Creating such a weapon simply required a massive undertaking.

Though the Manhattan Project began rather modestly in 1939, it grew to employ more than 130,000 people and cost nearly $2 billion – worth $23 billion in 2020 dollars. More than 90 percent of the costs were for building factories and producing the fissile material, while less than 10 percent went to the development and production of the weapons.

Germany could have never matched the scale of the program – and certainly not in the timeframe of the Allied effort.

An important fact is that the Manhattan Project involved more than thirty sites across the United States, the United Kingdom, and Canada.

Too Much Effort — So Nazi Germany Didn’t Really Bother

The Nazi leadership saw that such a weapon was possible to create, but also believed that it would take years to create and simply opted not to bother – probably in the belief that no one else would undertake it for the same reasons.

In fact, it was only because Albert Einstein, who had fled Nazi persecution, and Enrico Fermi, who similar escaped from Fascist Italy, saw the danger that the U.S. couldn’t afford to fall behind that they agreed to bring their findings to President Franklin Roosevelt.

Fermi actually traveled to Washington in 1939, yet few U.S. government officials shared his uneasiness about the prospects for such a super weapon. It finally took Einstein’s letter to President Roosevelt, in which he urged him to begin developing an atomic program that finally got the ball rolling. However, it wasn’t until late 1941 that the American effort to design and build an atomic bomb received the code name, the Manhattan Project.

Even as the program grew in size, few knew that an atomic bomb was being developed. Vice President Harry S. Truman didn’t even know about the program until he became President Truman, and the decision to actually use the bomb then fell on his shoulders.

Nuclear Weapons: Would it Have Helped Germany?

The other part of the equation is whether a German nuclear program could have even helped it win the war. Such a nuclear weapon would have almost certainly been used to destroy Moscow, and it is likely the Nazis might have used it on London to knock out the UK. But Germany still lacked the bombers to reach New York or Washington, D.C. –and while it could have possibly deployed the weapon via U-Boat, it is still unlikely that would have broken the American resolve.

Instead, America might have put every effort into the nuclear annihilation of Germany.

The only possible way for a German nuclear victory was if the United States had no Manhattan Project. In that scenario, then perhaps the U.S. comes to the peace table. But any chance of actually developing a bomb first was lost even before the war started.

The Nazi’s policies drove out their best scientific minds – including Einstein – and Berlin never stood a chance. The more plausible “what if” to ask is whether World War I didn’t occur, or at least not on the scale that it did, and Germany set off to develop such a weapon in the 1930s. Had the Kaiser remained in power and anti-Semitism not occurred, it is possible Einstein working with Heisenberg could have created such a super weapon.

Fortunately for the world, the Nazis never had a chance to develop such a horrible weapon – yet it will likely remain a plot point for alternative history stories.