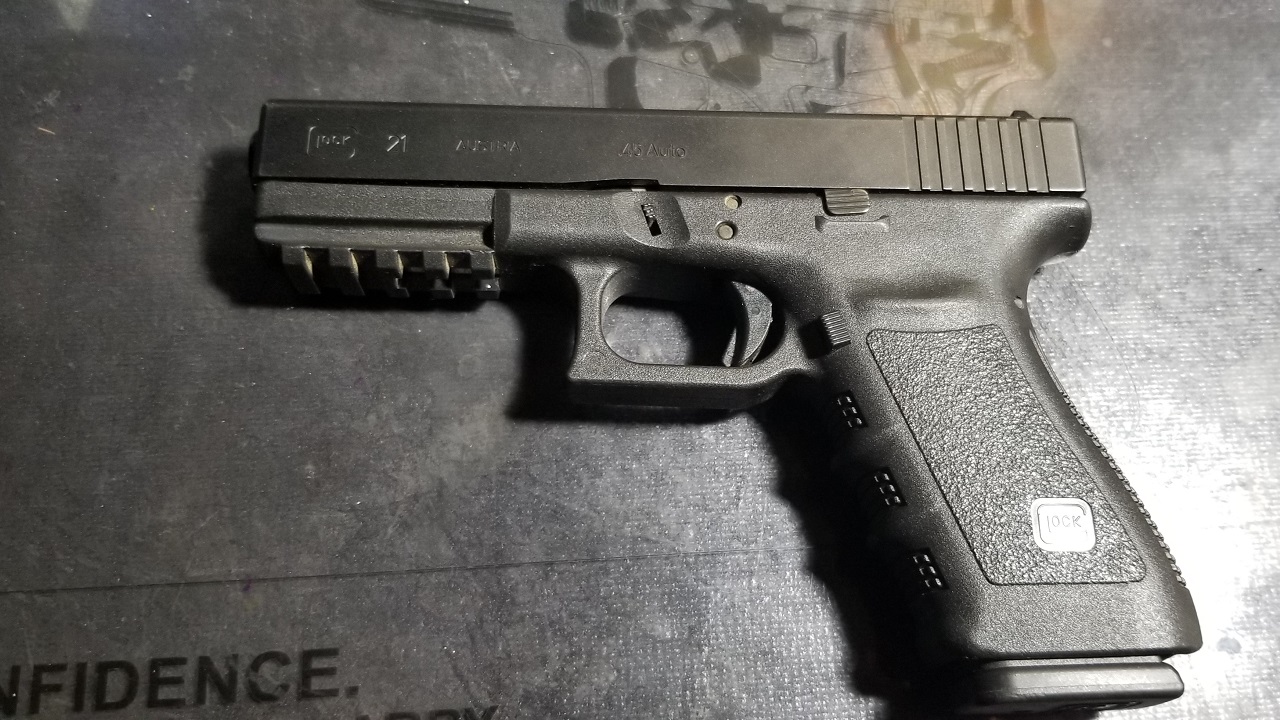 15,000 Rounds in a Glock 21SF: As I noted in my review of the iconic Glock 17 9mm semiautomatic pistol, it was praised by no less an old-school authority than the late Chuck Taylor (R.I.P.).

Kind of a big deal, as Chuck was cut from the same die-hard traditionalist cloth as the late Lt. Col. Jeff Cooper (USMC, Ret.) — “the father of modern combat handgunning” — men who were dyed-in-the-wool M1911-A1 .45 ACP guys who considered plastic-framed pistols and/or any caliber that didn’t start with a least a “.4” to be tantamount to sacrilege.

Back in late 1990, Chuck was objective enough to concede about the Glock that “they work,” but then added “If only they made it in a caliber I could live with” (original emphasis). However, when the original Glock 21 .45 ACP, came out that same year, Chuck “was crushed” on account of the sheer bulk of the pistol.

Luckily for Chuck and other big-bore autopistol fans with hands smaller than Andre the Giant’s, the manufacture took these concerns to heart when they came out with the Glock 21SF (Short Frame) in 2007.

This was indeed sufficient to please the late great Mr. Taylor,  who wrote in 2015: “Indeed, those like myself who found the standard Glock 21 too wide to grip comfortably praise 21 SF’s coming. Now, at last, there’s a Glock .45 ACP that’s truly useable by all.”

I purchased my own Generation 3 (“Gen3”) G21SF back in 2008 when I was a U.S. Customs & Border Protection (CBP) Officer assigned to Los Angeles/Long Beach Seaport in California and thus able to get an L.E.O. special price from the fine folks at the ProForce Law Enforcement shop in Brea, California. Though I wasn’t able to carry the gun on-duty, the pistol nonetheless made an immediate and very positive impression on me, both in the static range environment for casual paper-punching as well as several competitive matches.  For an extra bit of tactical edge, I had the factory 5-lb trigger replaced with the aftermarket 3.5-lb trigger connector.

That gun and trigger combo enabled me to win multiple gold and silver medals at the Nevada Police & Fire Games (NPAF) during the Semiauto Pistol matches at the Las Vegas Metro Police Department (LVMPD) range between 2008 and 2010, as well as a 1st Place Trophy at the Glock Sport Shooting Foundation (GSSF) indoor pistol match at the good ol’ LAX Firing Range in Inglewood, California back in 2009.

I would estimate that I’ve put 15,000 rounds through this pistol in her lifetime.

Just to make sure than neither I nor the pistol has lost its touch, I took the gun to the top-notch Silver Eagle Group (SEG) indoor shooting facility in Ashburn, Virginia, this afternoon. The old girl still had the magic, and in spite of my deteriorating eyesight. (Note To Self: Hey Chris, time to get your 3-year-old Rx eyeglasses updated.)

Those first 25 rounds were spot-on perfect, with a delightfully tight group. At 50 feet, all rounds were in the kill zone, with only four rounds straying just outside the 5x tiebreaker scoring ring. At 75 feet, only one shot missed completely — entirely my fault, not the guns — one clipped the (paper) bad guy’s earlobe, one strayed into the shoulder…and the rest took the two-dimensional dirtbag square in the ol’ noggin.

Pros: Accuracy-wise, I daresay that this is the sweetest-shooting handgun in my entire so-called “Orr-senal of Democracy” (with my sentimental favorite Beretta 92FS 9mm and Ruger GP-100 .357 Magnum tied for a fairy close second). The aforementioned Mr. Taylor’s own accuracy assessments back up my own, as does that of my friend Lou Chiodo, former U.S. Marine Corps captain, retired California Highway Patrol (CHP) officer, and current President of Gunfighters Ltd. Combat Shooting Methods Inc. in Chula Vista, California. As Lou succinctly puts it, “The 21 is a tack driver if we do our part.”

Reliability is absolutely flawless, as one can expect from Glock. Ditto for long-term durability.

That short, light trigger pulls is a boon to practical accuracy, whether you use the factory standard 5-lb connector or the custom 3.5-pounder.

Thanks to the Polymer 2 frame, the gun weights less fully loaded than traditional all-steel or steel & aluminum alloy combo handguns, which is a boon to schmoes like me with lower back issues.

And the gun is delightfully quick ‘n’ easy to field-strip and reassemble, as there’s no small parts to deal with like the slide stop pin, swinging barrel link, separate barrel bushing, and recoil spring plug of the M1911.

Cons: Even with the slimmer frame, the G21SF is still a handful for smaller-handed shooters. Whilst not an issue for uniformed carry, it’s definitely a bit on the large size for discreet CCW carry, unless you’re either (A) wearing heavy winter clothes and/or (B) built like Hulk Hogan in his heyday.

That short, light trigger, can be both a curse as well as a blessing, as Glock pistols seem to have a greater proneness to negligent discharge than pistols with heavier triggers; granted, much of this has been blown out of proportion by hoplophobe pundits with an anti-gun agenda, but all the same, those 4 Cardinal Rules of Gun Safety take on an even greater sense of urgency when it comes to Glocks.

Especially considering that with the Glock, you have to pull the trigger as part of the field-strip procedure. It also precludes holster-less carry (and yes, the “gangsta” stereotype notwithstanding, there is still a tactical applicability for holster-less carry in this day & age).

Last but not least, the Glock trigger is just not as smooth, crisp, or tunable as a traditional hammer-fired handgun.

Those minor imperfections aside, I can recommend the Glock 21SF unreservedly, whether for self-protection, competition, or simple casual big-bore blastin’ range fun. 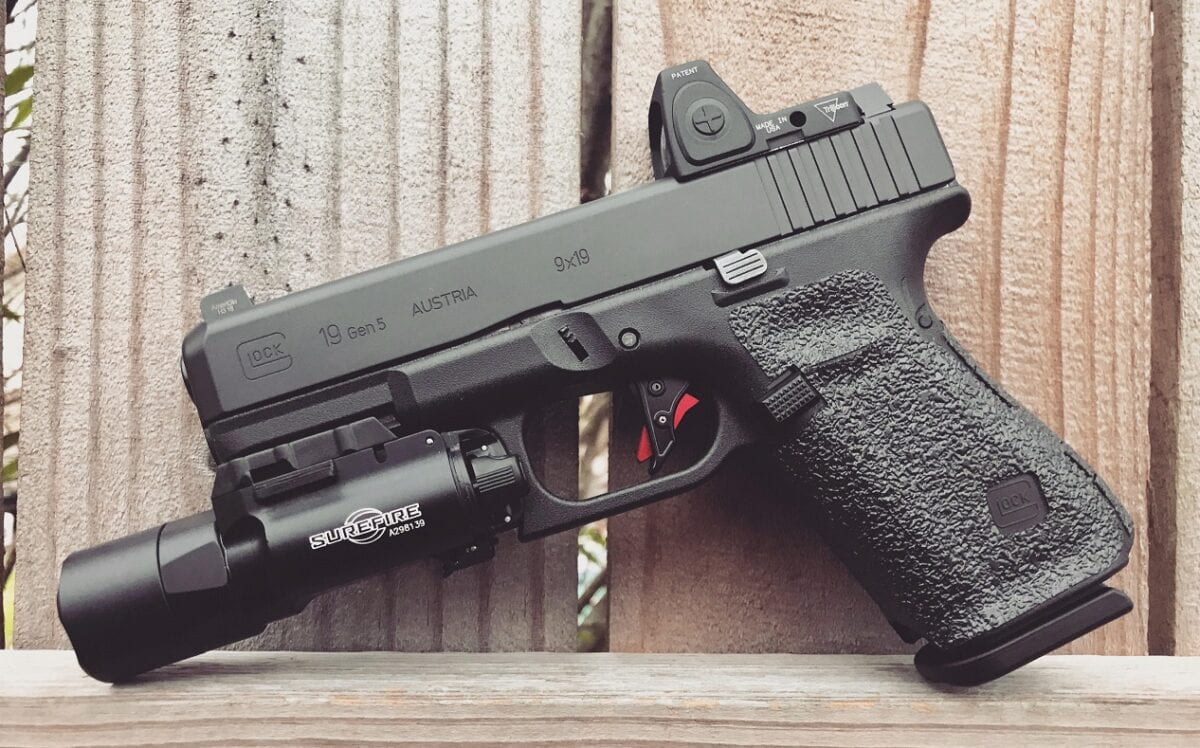 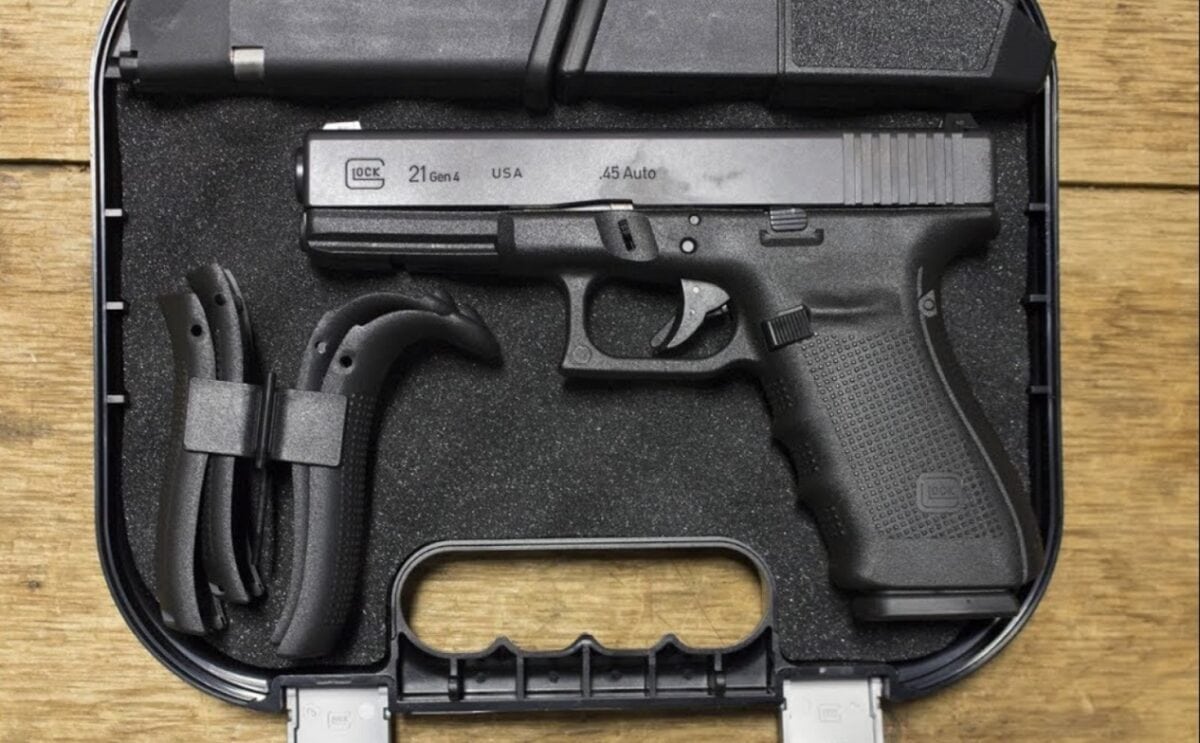 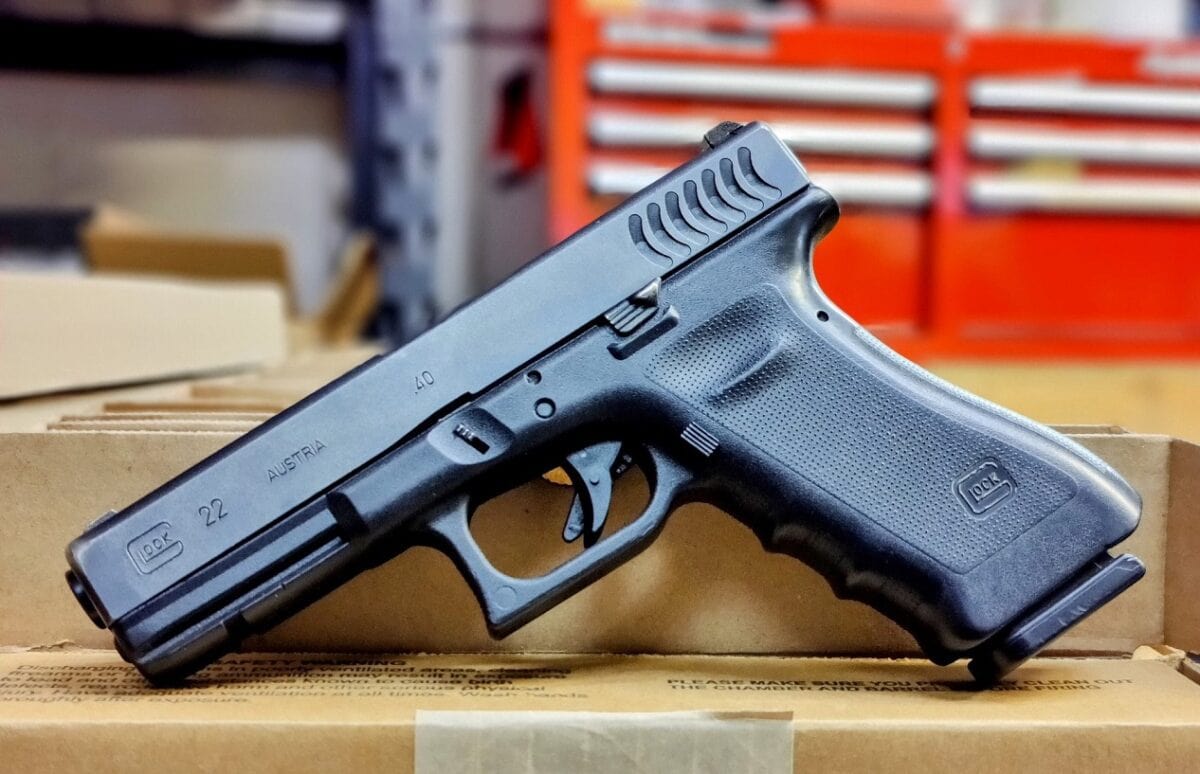 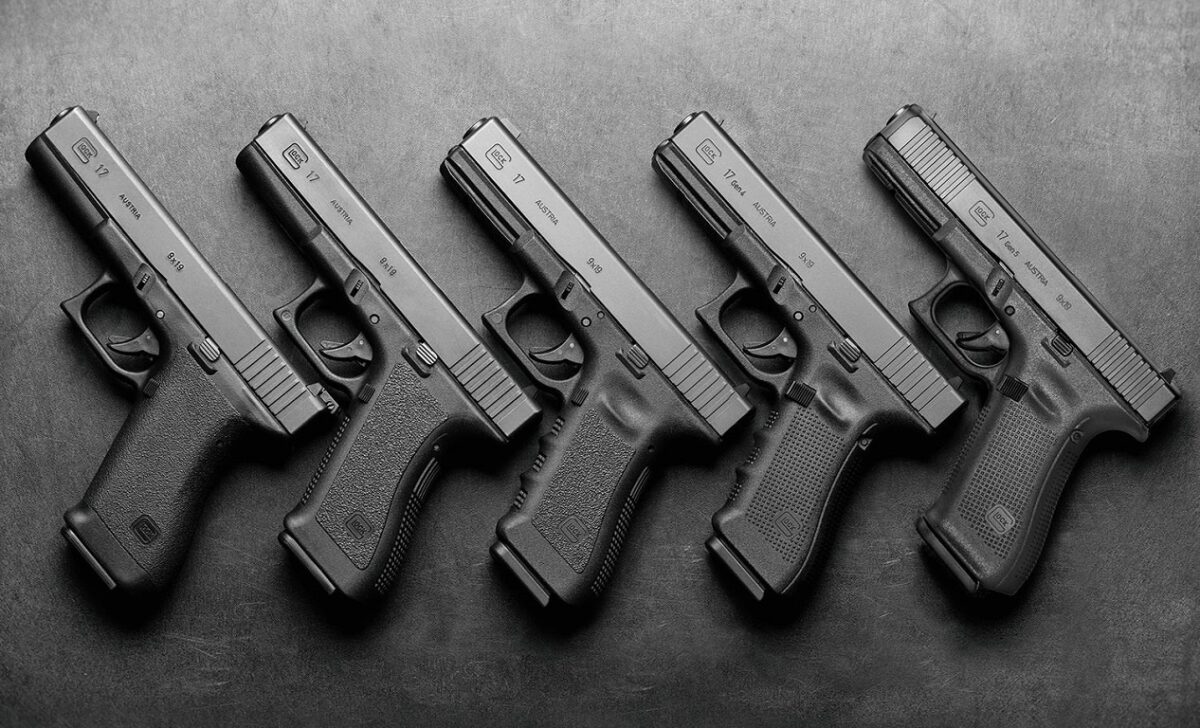