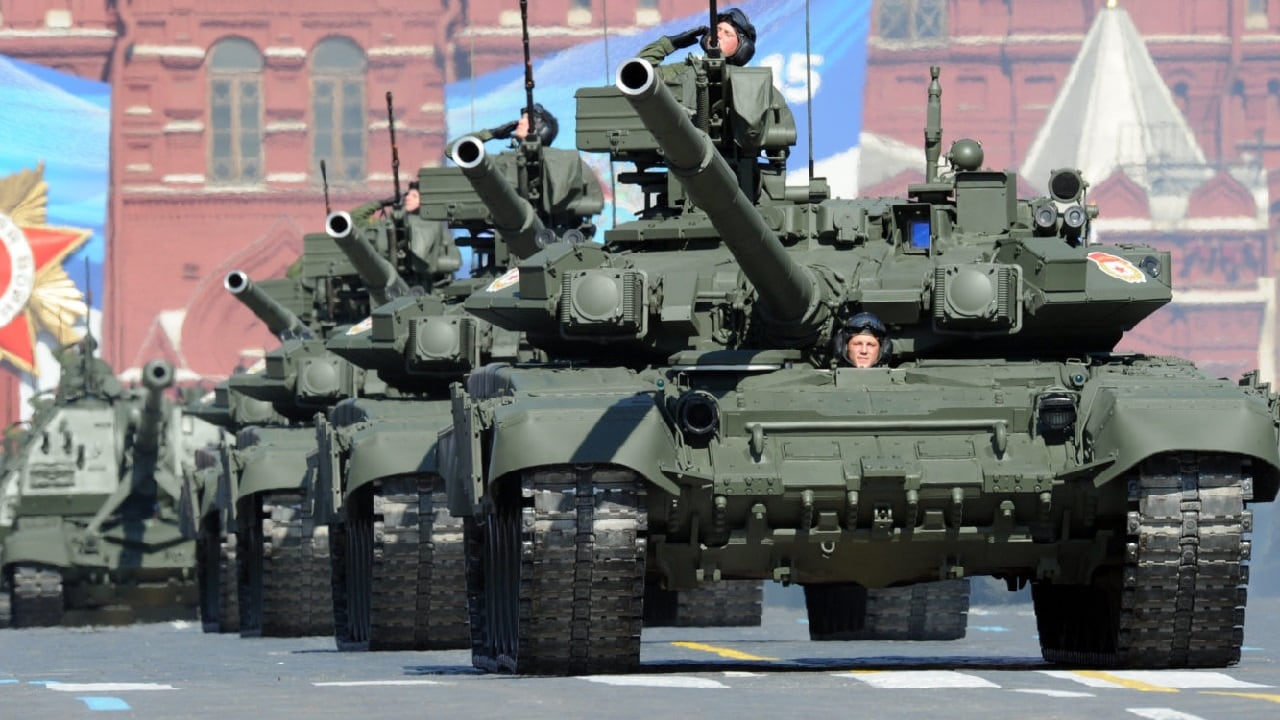 The US is the world’s dominant military power. No surprise, perhaps, that this has led to extraordinary hubris. Washington officials regularly circle the globe telling everyone along the way what they should do—how they should run their economies, how much they should spend on their militaries, and how they should treat their people.

The problem is not that American diplomats and politicians are necessarily wrong. Rather, they very often are recognized by everyone but themselves as sanctimonious hypocrites offering self-serving advice about issues best decided by others. Which creates resentment even when the US advice—so often presented as a diktat—is sensible.

An example is defense spending levels by allies. It should surprise no one that Washington’s provision of military welfare to friendly states discourages them from protecting themselves. Although one should expect any serious nation to undertake the most fundamental responsibility of any government, safeguarding its people, the temptation to freeride, or at least cheapride, is too great.

Europe is the perfect example. When NATO was created, US officials recognized the danger of Europeans becoming addicted to America’s defense dole. Observed James McAllister in No Exit: America and the German Problem: “American policymakers from Franklin Delano Roosevelt to Dwight Eisenhower strenuously tried to avoid having the future of Europe dependent on a permanent U.S. military presence on the continent.”

Eisenhower was particularly insistent that the US military presence be temporary. He warned: “We cannot be a modern Rome guarding the far frontiers with our legions if for no other reason than that these are not, politically, our frontiers. What we must do is to assist these people [to] regain their confidence and get on their own military feet.”

Alas, what the president, who also served as NATO’s first Allied Commander, feared quickly occurred: throughout the Cold War the Europeans underinvested in the military and defaulted on their promises to do more. Even now, after the Russian invasion of Ukraine, followed by a multitude of commitments to finally, now, become serious about their defense, Germany and the United Kingdom, in particular, are backsliding.

In a replay of the past, Berlin recalibrated its earlier pledge to move beyond cheap riding. So too London, which abandoned its earlier commitments and said it would reduce military spending. After all, there’s always America. Nathalie Tocci of the Istituto Affari Internazionali observed, in a marvel of understatement: “in light of the dramatic deterioration of the Continent’s security environment, these recent defense efforts remain underwhelming.”

After living off the Pentagon for decades and retreating from promises only recently made, the Europeans self-righteously denounced Americans for profiting from the war. An anonymous European official whined: “The fact is, if you look at it soberly, the country that is most profiting from this war is the U.S. because they are selling more gas and at higher prices, and because they are selling more weapons.” Alas, even if the claim is true, such profits offer just the start of a long overdue repayment of endless defense welfare for the rich.

Japan’s conduct has been similar. Despite its dramatic economic recovery—for years possessing the world’s second-largest GDP and still ranking number three—Tokyo held its military outlays to just one percent of GDP. The excuse of successive governments was the US-imposed “peace constitution,” even though they had applied a creative interpretation of Article 9 to justify creating a “self-defense force” rather than the prohibited “military.” Now, concerned about North Korean military developments, Chinese geopolitical threats, and America’s willingness to stay forever, the current Japanese government has proposed a significant increase in outlays and expansion of weapons acquisitions.

Finally, South Korea has spent more than seven decades relying on the US military. That made sense during the early years, until the Republic of Korea’s economy took off in the 1960s. However, it makes no sense today, since the ROK has about 50 times the GDP and twice the population of North Korea. Whatever the Democratic People’s Republic of Korea can do, South Korea can do better. The only obvious exception to that is nuclear weapons, and South Koreans are increasingly interested in creating their own strategic deterrent.

Washington’s position in all these cases is similar. America’s allies should spend more, lots more, on arms, but only as directed by the US. Especially inappropriate is talk of an independent European defense identity, since Washington-dominated NATO is the proper organization into which individual European states are supposed to submerge their ambitions. Most important, America is always, under all circumstances, supposed to be the boss.

The prospect of any separate action horrified members of the infamous Blob, or foreign policy establishment. Washington preferred its allies weak and dependent rather than strong and independent. US policymakers believed that they, not foreign governments, even friendly ones, were chosen by providence to rule the globe. As Madeleine Albright insisted, Americans stood taller and saw further! Thus, the fabled “rules-based order” is all about US officials setting and enforcing the rules—and excusing Uncle Sam from following them. (Washington wants to attack Yugoslavia, invade Iraq, occupy Syria, and flout World Trade Organization judgments? No problem! The rules don’t apply.)

The result was endless hectoring from Washington. Sometimes the wailing and complaining reached cacophonous levels. After all, successive administrations knew what allied states should do. Yet virtually no ally ever went along. Japan stuck at one percent of GDP for the military. Only a few European nations edged upwards toward two percent of GDP. South Korea’s military regimes were most interested in using their armed forces to suppress democracy protestors and long lagged behind the North’s multitudinous military; democratic governments have been no more willing to take over the nation’s defense. Now history seems to be repeating as European countries abandon ambitious military goals set only months ago. Nor are proposals to increase expected alliance spending levels going anywhere. After all, the latest NATO declaration enshrines America’s role. Naturally, in European minds the continent’s security is and always will be Washington’s responsibility.

The Biden administration should take a different approach. First, it should stop loading up Europe with US forces. This is the moment to stop telling European governments to do more and instead force them to do more, by doing less.

Of course, that would provoke wild shrieking from more than a score of European capitals, but so what? Defense dependence, like other addictions, is best cured cold turkey. Russia’s botched campaign to take Ukraine vitiates any claim that Moscow could follow victory there by conquering more nations, let alone the rest of the continent. Even if the decisive Russian offensive against Ukraine predicted by some materializes, Moscow would lack the capacity to stage a modern Blitzkrieg westward—and has indicated no interest in doing so. Attempting to occupy Ukraine directly or impose a puppet regime would yield long-term resistance. Indeed, continuing, indecisive combat seems the more likely outcome. In such a case, European rearmament could proceed unencumbered.

Washington should take a similar approach with the Republic of Korea and Japan. The ROK already feels pressure to do more as Pyongyang builds up its nuclear and missile arsenals. Indeed, South Korean President Yoon Suk-yeol recently suggested the unthinkable, the potential of Seoul developing its own nuclear deterrent. Tokyo seems serious about upping spending, though today’s government cannot bind its successors. Nevertheless, perceived threats from both China and North Korea have discouraged opposition within the once reliably pacifist population.

So the US should stop talking. Instead, it should begin withdrawing its forces, while coordinating with its allies as they enhance their armed forces. Such a shift is long overdue. Given the South’s vast advantages over the Democratic People’s Republic of Korea, why does the former still rely on American manpower and materiel? Had Japan spent two or three percent rather than one percent of its GDP on defense over the last decade it wouldn’t have to beg the US to defend the contested Senkaku/Diaoyu Islands. The best way to accelerate an allied military buildup is for Washington to act, rather than talk, leaving its allies with no choice but to do more.

Not only is doing rather than lecturing more likely to achieve America’s ends. It is the best way to trim Uncle Sam’s predilection for sanctimonious cant, preaching morality while unleashing war and devastation on other nations and peoples. Actions still could kill, but abandoning the gaggle of moralistic rationalizations which pervade Washington might leave officials less willing to justify the worst sort of crimes, such as aiding Saudi Arabia’s killer prince in the slaughter and starvation of Yemeni civilians.

Members of the Blob enjoy pretending to run the world. The cost for Americans who do the paying, with their money and lives, is high. Two decades of the global war on terror will ultimately cost about $8 trillion. That is roughly a third of the publicly held US national debt. Then there are the human casualties, thousands of Americans and at least a million total dead including civilians over the last two decades. Stumbling into wars with Iran, Russia, North Korea, or China would be far worse.

So much for Albright’s errant nonsense about special people like her seeing further than the rest of us. But then, being right doesn’t really matter. When asked about the deaths of Iraqi children from US sanctions, Albright said: “We think the price is worth it.” That coldly vicious judgment has characterized multiple administrations.

Washington desperately needs to change course. Its attempt to play dictatress of the globe is increasingly unsustainable. Americans should act decisively, stepping back to induce friendly governments to move forward. If the Europeans and others like them don’t believe their countries are worth defending, it certainly isn’t the obligation of Americans to die for them.

A 19FortyFive Contributing Editor, Doug Bandow is a Senior Fellow at the Cato Institute. A former Special Assistant to President Ronald Reagan, he is the author of Foreign Follies: America’s New Global Empire.