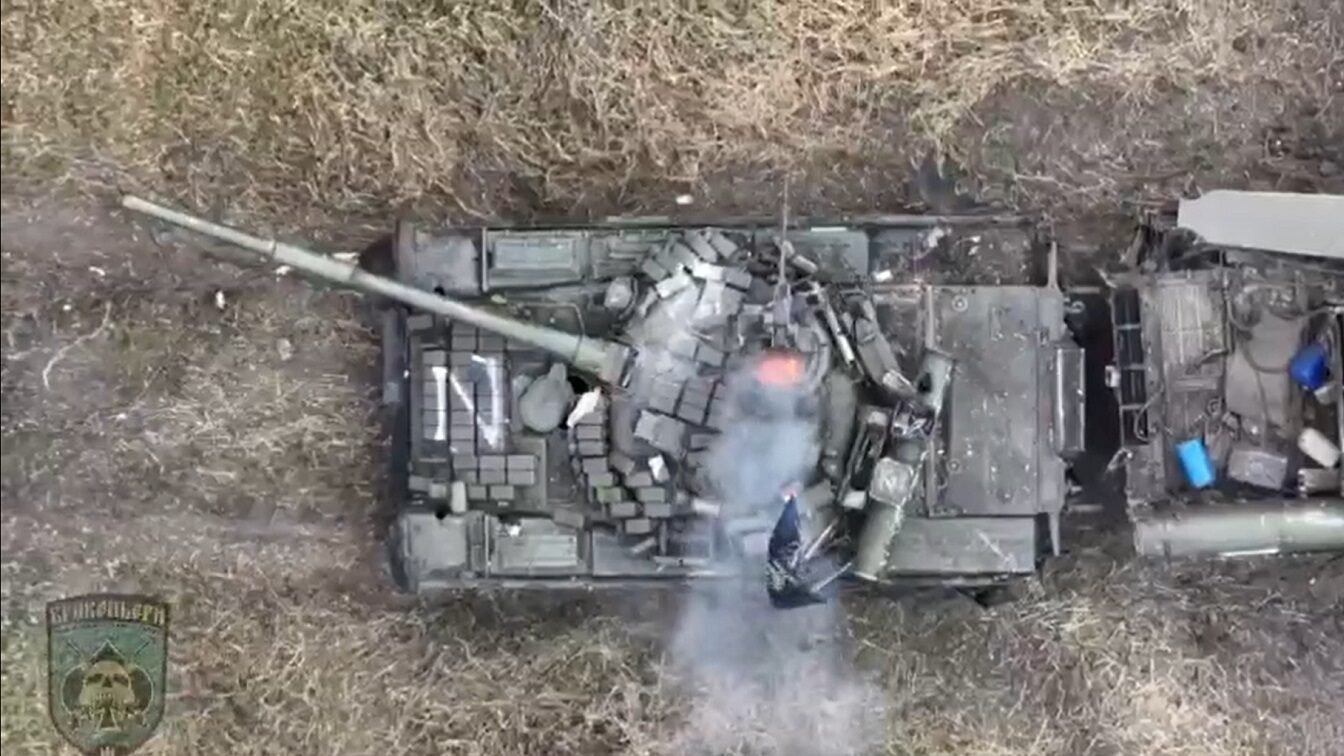 Speaking during a visit to Pretoria, South Africa, the  Russian official claimed that Russia was ready to end the war just weeks into the conflict.

“It is well known that we supported the proposal of the Ukrainian side to negotiate early in the special military operation, and by the end of March, the two delegations agreed on the principle to settle this conflict,” Lavrov said, according to The Washington Post.

“It is also well known and was published openly that our American, British, and some European colleagues told Ukraine that it is too early to deal, and the arrangement which was almost agreed was never revisited by the Kyiv regime,” he continued.

Lavrov appeared to be referring to talks that took place in late March in Istanbul, Turkey.

At the time, both the Turkish and Ukrainian presidents expressed hope that the talks would result in an agreement, with the Ukrainian president saying the talks showed “positive” signs. Ultimately, however, the negotiations came to an end, and the prospect of a peace agreement has drifted further away.

Both Ukrainian President Volodymyr Zelenskyy and Russian President Vladimir Putin have expressed their willingness to engage in talks.

However, both sides insist that the talks must not involve the ceding of any land to the other side.

Ukraine not only intends to reclaim territories lost over the last year but also continues to push for Western support in taking back control of the Crimean peninsula.

The Kremlin, meanwhile, says that discussions can go ahead as long as Ukraine accepts the new “reality” of more of its land being absorbed by the Russian Federation.

Former British Prime Minister Boris Johnson has faced criticism for some time now over claims that he may have been responsible for Ukraine rejecting a peace deal with Russia in April of last year.

In August 2022, a Foreign Affairs piece by Fiona Hill suggested that Russia and Ukraine had already agreed to a tentative settlement in April. Hill cited multiple former senior U.S. officials who said that Russia had agreed to return to its position pre-invasion, when it controlled some parts of the Donbas region and all of Crimea, in exchange for Ukraine agreeing not to seek NATO membership.

The deal, however, never came to fruition. In September, the former prime minister told the House of Commons that Western leaders should be wary of a peace deal with Russia, arguing that there is “absolutely no sign” that Russia wants to reach a deal with Ukraine, and suggesting Russia couldn’t be trusted even if there was an offer on the table.

Reporting from Ukrainska Pravda also suggested that the Russians were ready for a meeting between Zelenskyy and Putin, but two things stopped those discussions from taking place.

“But two things happened, after which a member of the Ukrainian delegation, Mykhailo Podoliak, had to openly admit that it was ‘not the time’ for the meeting of the presidents,” the outlet writes.

The first thing, Ukrainska Pravda says, was  the revelation of “atrocities, rapes, murders, massacres, looting, indiscriminate bombings and hundreds and thousands of other war crimes committed by Russian troops in the temporarily occupied Ukrainian territories.”

The second, the article claims, “arrived in Kyiv on 9 April.”

Sources close to the Ukrainian president said that Johnson appeared in Kyiv with virtually no warning and brought with him two messages. The first was that Vladimir Putin is a war criminal and needs pressure, not negotiations. The second was reportedly an insistence that even if Ukraine is ready to sign agreements, Russia is not.

Was Johnson responsible for the deal not coming to fruition? It’s hard to say. What we can say, though, is that credible reports suggest the former British prime minister did not believe Russia could be trusted and that the scale of the crimes already committed by the Russians at this point meant that a deal should be off the cards.

The comments by Russia’s foreign minister, therefore, try to paint Russia in a positive light and the West in a negative light. Lavrov may technically be correct in saying that the West stood in the way of peace talks. Still, the Russian foreign minister also made no reference to the rape, murder, and other war crimes committed by Russian soldiers in the run-up to the alleged peace deal agreed upon by the Russians.