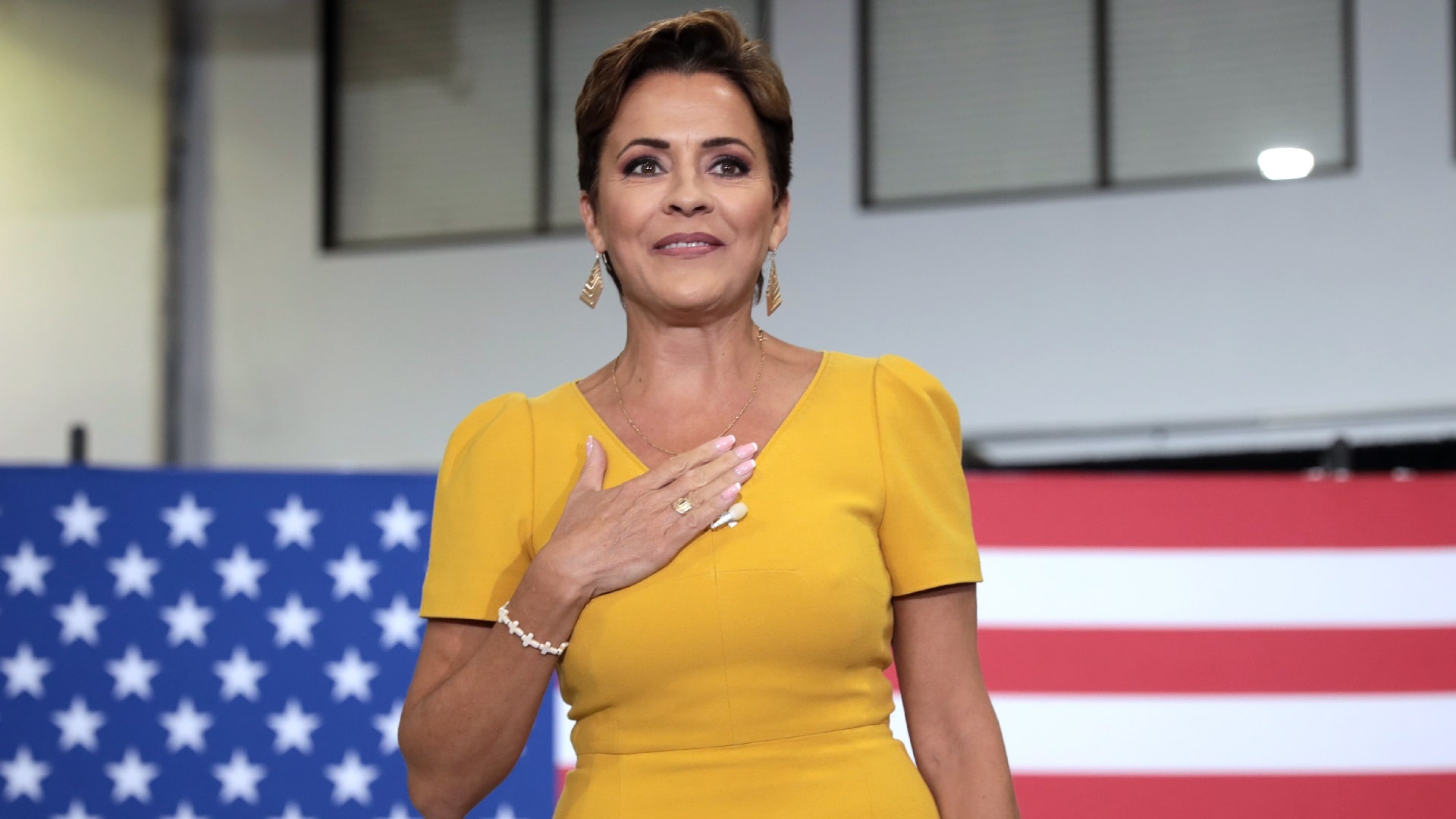 Kari Lake speaking with supporters at a campaign rally at Dillon Precision in Scottsdale, Arizona.

Why Kari Lake lost in Arizona – Kari Lake, the Republican candidate for governor of Arizona, lost in the November election. She doesn’t admit that she did, but she did. A new newspaper analysis looks at why.

According to the Arizona Republic, which cited a new post-election audit, a key reason why Kari Lake lost is that many voters who picked Republicans in other down-ballot races did not vote for Lake.

“Democrat Katie Hobbs picked up the support of 33,000 Maricopa County voters who cast ballots for Republicans in six down-ballot races, such as state treasurer and county attorney,” the newspaper said. “Adding to Lake’s deficit were another nearly 6,000 Republican-leaning voters who opted to skip the race altogether or wrote in a candidate, the analysis found.”

If those voters had picked Kari Lake, who during the race attacked some Republicans as “RINOs” and insulted the state’s late former senator John McCain, she likely would have won, the analysis said. The analysis was performed by a firm known as the Audit Guys.

“The numbers show that while Lake claims she lost because of printer problems or other issues in Maricopa County, she could have won had she not turned off voters in the state’s most populous county who backed a host of other Republican candidates,” the newspaper said.

Other Republican candidates in other races who backed the “stop the steal” narrative, such as secretary of state candidate Mark Finchem, also had trouble closing the deal with Republican voters.

“The people who left the Republican party because of the MAGA candidates really decided the election,” Larry Moore, an author of the study, said.

“The Governor’s vote totals show that Kari Lake lost to Katie Hobbs by 37,638 votes in Maricopa county and that there were 11,766 ballots where the voter did not indicate a choice for Governor (undervotes),” the study says. “The AG vote totals show that Abe Hamadeh lost to Kris Mayes by 25,909 in Maricopa County and that 50,246 voters did not indicate a choice for Attorney General.  The Voting Method table shows that Hamadeh was behind Mayes by 126,091 votes in early voting ballots and made up part of that deficit by gaining 99,850 more votes than Mayes in the Election Day polling votes.”

“I’m hoping that Kari Lake’s and Mark Finchem’s and Abe Hamadeh’s tendency to absolutely take this to the absurd will destroy them,” a lifelong Republican and 2016 Trump voter named John O’Mara told the newspaper.

Lake, earlier this week, stated that Republicans had “rigged” the election against her.

“The Red Wave happened in AZ. Crooked Dems and RINOs rigged our Elections,” the defeated candidate said on Twitter this week. “EVERYONE knows Arizonans  did NOT vote for Cartel-controlled goons like Hobbs, Fontes & Mayes. Frauds stole Arizona’s state Government.”

Lake’s legal challenges have been unsuccessful, and Hobbs, her Democratic opponent, was sworn in as governor as scheduled earlier this month. The judge who ruled against her ordered Lake to pay for some of Hobbs’ legal fees, although Lake and her attorneys were not sanctioned.

Meanwhile, there’s some news about what could be Lake’s next political race. Sen. Kyrsten Sinema of Arizona, announced earlier this year that she was leaving the Democratic Party to become independent. That sets up a possibly intriguing race in 2024, should Sinema seek re-election as an independent. She could end up facing opponents from both parties.

Rep. Ruben Gallego (D-AZ) officially announced Monday that, as expected, he is running for the Senate seat. The Washington Examiner speculated this week that both Lake and Blake Masters, Arizona’s defeated Senate candidate in 2022, could both contend for the Republican Senate nomination in that race.

The Examiner also mentioned several other potential Republican candidates for the seat, including U.S. Reps. Andy Biggs and Juan Ciscomani and Arizona Republican Chairwoman Kelli Ward. Should Sinema and Gallego split the Democratic vote, it could give the GOP an opening to gain a seat.