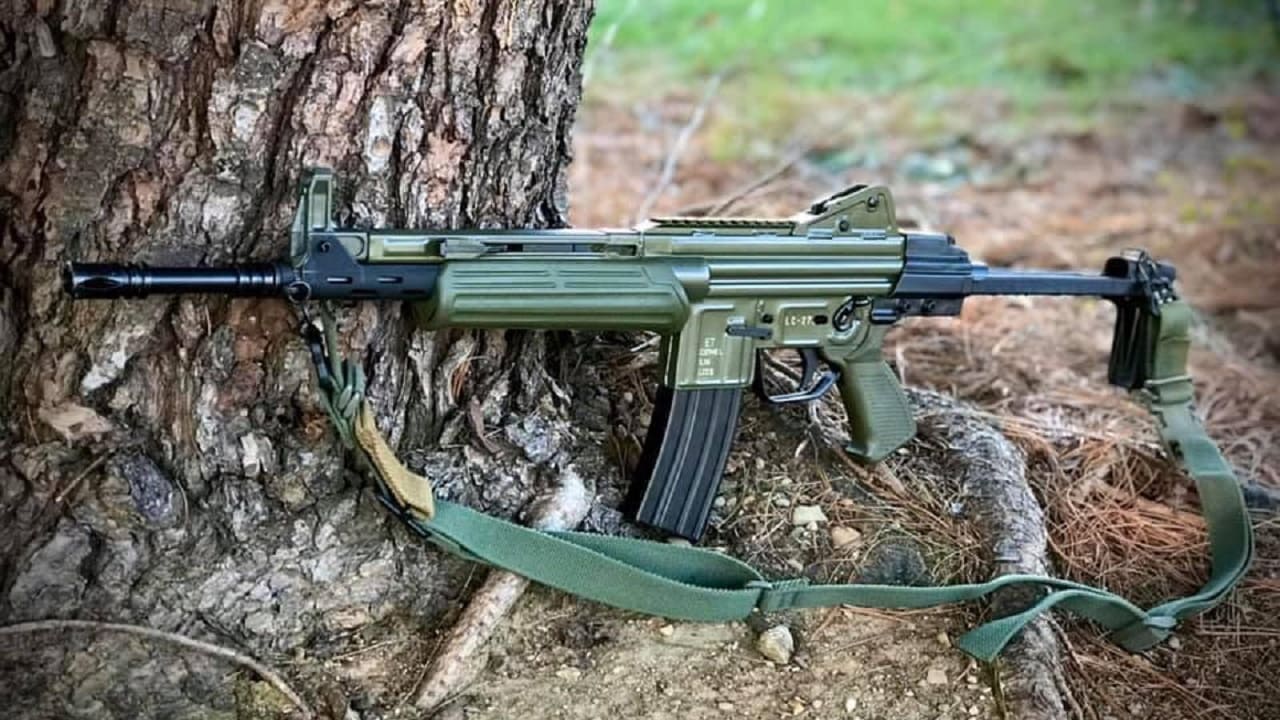 CETME, Explained: When thinking of full-powered battle rifles, the American-made M1 Garand and M14 might come to mind. The category, which is distinct from assault rifles, might also remind the reader of the British L1A1 SLR, the German Heckler & Koch G3, and the Belgian Fabrique Nationale Herstal FN FAL .

The Spanish-made CETME, on the other hand, probably doesn’t immediately come to mind, which is a bit of a shame. Spain’s contribution to the battle rifle category was, in fact, a fine one, so let us give the CETME her due props.

Speaking of the G3, according to Military Today, “Part of the reason for the CETME’s obscurity is that it has been overshadowed by the Heckler & Koch G3 for most of its existence. Even though the G3 is actually a licensed copy of the CETME, there was comparatively little effort (and apparently little interest) in marketing the CETME abroad. As there was also less success in selling the CETME, and its development and evolution ended much sooner, it was inevitable that the G3 would gradually fill the power vacuum.”

CETME is an acronym for Centro de Estudios Técnicos de Materiales Especiales, which translates to Center for Technical Studies of Special Materials, a reference to the design team that created the weapon. Interestingly enough in the light of the G3 nexus, the lead architect for this Spaniard rifle’s design team was actually German, a certain Ludwig Vorgrimler, whose other works included the StG-45 assault rifle.

The CETME’s main innovation relative to other battle rifles was in being blowback-operated rather than gas-operated. Normally, this would be asking for trouble from a controllability standpoint, but Vorgrimler, evoking the true spirit of Teutonic engineering, added two locking rollers to the bolt carrier, causing it to engage the sides of the receiver as the former traveled the length of the latter and slowing the bolt carrier to a manageable speed. Thus, to cite Military Today again, “The delayed roller also had two unexpected benefits; it absorbed much of the recoil, and almost completely eliminated muzzle flip. As a result, the CETME’s automatic fire is the most controllable of any 7.62 mm rifle, and its recoil is comparable to that of most 5.56 mm NATO assault rifles.” Practical accuracy is tremendously boosted as a result.

The 7.62x51mm NATO-chambered CETME Model B entered into service with the Spanish Army, Navy, and Air Force in 1958. In the 1960s, the CETME Model C came along, with multiple enhancements that included a 4-distance diopter sight. Later variants such as the Model E and Model L – the latter being rechambered for 5.56mm – were not as reliable or durable.

Production of the CETME ended in 1983. Besides the Spanish Armed Forces, other users of this weapons system included Chad, Djibouti, Equatorial Guinea, and France’s Commandos Marine.

Specifications included a weight of 9.9 pounds, a barrel length of 17.7 inches, and an overall length of 40 inches. Cyclic rate of fire on full-auto was 550 to 650 rounds per minute, standard magazine capacity was 20 rounds, and muzzle velocity was 2,580 feet per second.

The CETME may not be as famous as other battle-rifle brethren, but the rifle has still appeared in her fair share of major motion pictures, including the 1979 film Cuba starring Sean Connery, and the 1992 Jean-Claude Van Damme action pic Universal Soldier.

Personal Shooting Impressions with the CETME

I got the chance to fire a CETME at Belleville Shooting Range – now known as Metro Shooting Supply – in Belleville, Illinois, back in 2003 when I was an active-duty U.S. Air Force Security Forces officer stationed at Scott AFB, Ill. As this was an indoor range facility, I was limited to test-firing the rifle at a maximum distance of 25 yards, but it definitely left a positive impression. Accurate, reliable, ergonomic, it had smooth action, and though the rifle still had a substantial recoil, it didn’t pound the shoulder as severely as, say, a bolt-action .30-06 deer hunting rifle or the Soviet Mosin-Nagant 7.62x54mmR.

I was sufficiently impressed with the CETME that I damn near bought one, but narrowly decided against it because I hjad other budgetary priorities. I kick myself some for passing up the opportunity. Oh well, “¡Que lastima!” as the Spaniards might say.

Civilian market semi-auto-only CETMEs are available for sale from various online sources, Atlantic Firearms lists a price range of $1,275.00 to $2,075.00 depending on features. Guncritic lists so-called “Sporter” versions of the CETME for as low as $624.58.