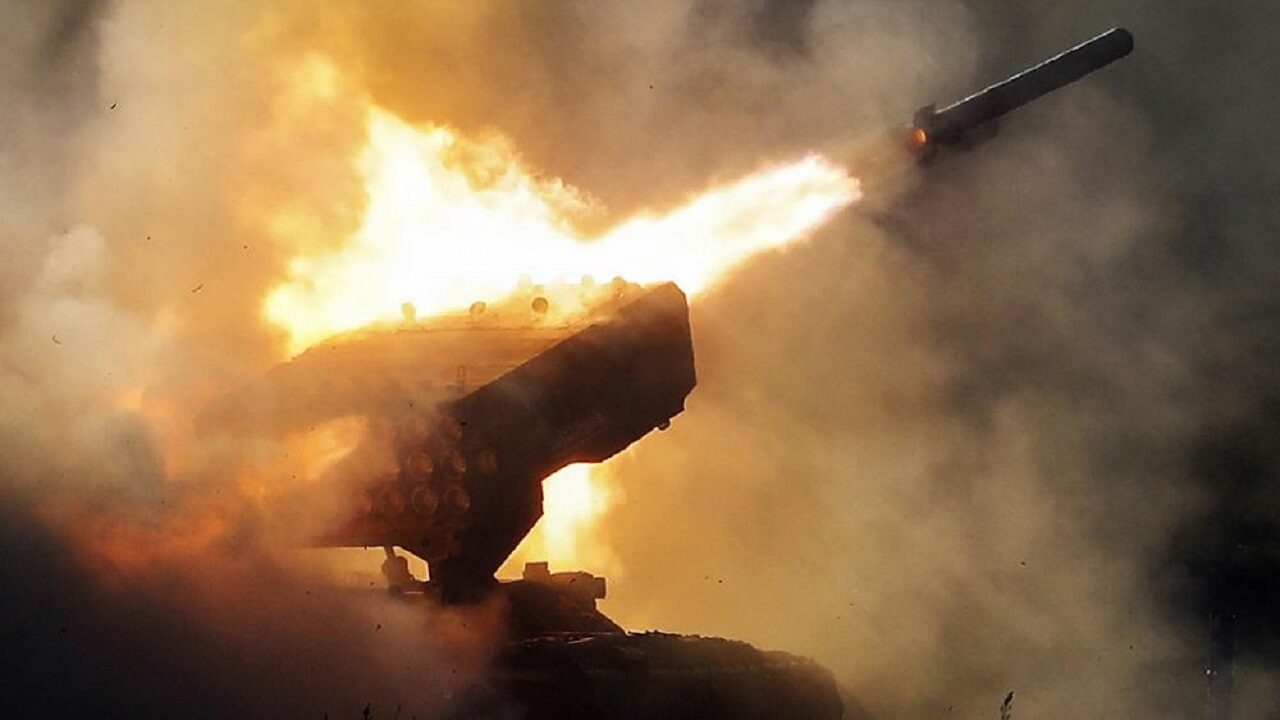 Russia Is Back To Threatening Nuclear War over Ukraine: After first threatening nuclear conflict, then walking back those threats with a government state opposition nuclear war, Russia seems to be back to the nuclear saber-rattling that sparked concerns over Russia’s possible plans to use a nuclear dirty bomb last year.

On Thursday, deputy chairman of the Security Council of Russia Dmitry Medvedev warned that if NATO allies allow Ukraine to defeat Russia, it could result in a nuclear war.

“The loss of a nuclear power in a conventional war can provoke the beginning of a nuclear war,” Medvedev wrote on Telegram.

The former Russian prime minister and president of Russia made the comments at the same time Western leaders met with the Ukraine Defense Contact Group at Ramstein Air Base in Germany.

The meeting will allow European leaders and representatives to coordinate their latest plans to send weapons, ammunition, and financial aid to Ukraine.

Is Medvedev Speaking In An Official Capacity?

Ultimately, it’s down to Russian President Vladimir Putin to decide whether a nuclear conflict is a way forward.

So far, Russia has practiced restraint in some respects, depending on your vantage point – switching to older ammunition while they work out how to manufacture new, advanced ammunition and even deploying decades-old tanks.

Despite major losses and embarrassing setbacks over the last several months, the Kremlin once relied heavily on threats of nuclear war until the Russian Foreign Ministry issued a statement in November dismissing nuclear conflict as an option.

“In implementing its policy on nuclear deterrence Russia is strictly and consistently guided by the tenet that a nuclear war cannot be won and must never be fought,” the statement reads.

It is not unheard of, though, for Russia to reverse course and mislead international powers – meaning that Medvedev’s statement could be based in truth.

The Kremlin may also be depending on the former Russian president to issue these threats in a way that gives Putin plausible deniability.

If the threat is on the table, it may make Western leaders think twice about providing Ukraine with advanced tanks and longer-range missiles and missile systems.

At the same time, the Kremlin can save face by publicly declaring opposition to nuclear war.

Even in the November statement from the Russian Foreign Ministry, the possibility of a future nuclear conflict was not entirely ruled out – and Medvedev’s comments could reflect the caveat outlined just months.

According to the Foreign Ministry, Russia may “hypothetically” restore to the use of nuclear weapons but only “in response to an aggression involving the use of weapons of mass destruction or an aggression with the use of conventional weapons when the very existence of the state is in jeopardy.”

Ultimately, the caveat means that anything the Kremlin says about avoiding nuclear war simply may not be true.

When Russia considers four major regions of Ukraine to be inextricable parts of Russia, the prospect of Russia losing the war is precisely the kind of existential threat that the Kremlin considers worthy of a nuclear response.

In this article:Nuclear War, Putin, Russia, Ukraine, War in Ukraine