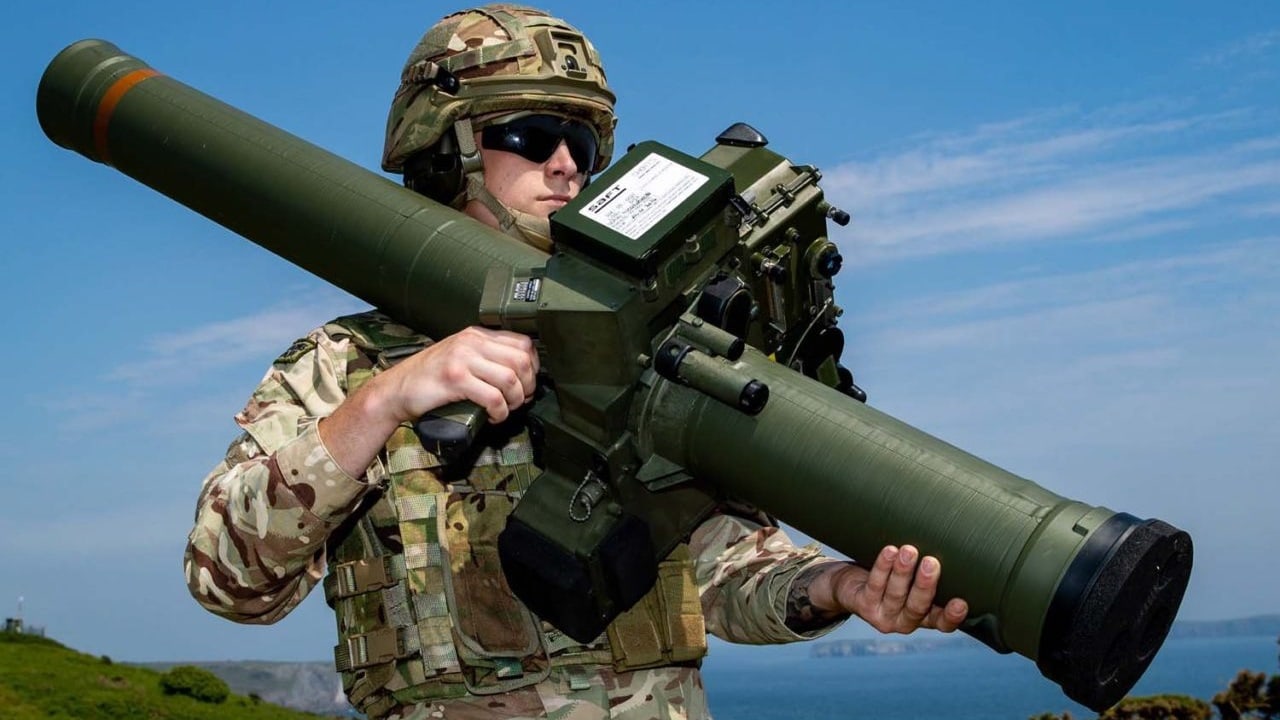 In the early days of Russia’s invasion, Vladimir Putin mounted a war of aggression to subdue and control all of Ukraine, topple President Volodymyr Zelenskyy, and transform the country into a vassal state of Russia. However, Putin underestimated Ukrainian resistance and the will to fight. He also failed to anticipate Western security and economic assistance for Ukraine and did not expect NATO to both strengthen and then welcome membership applications from Finland and Sweden.

But if the U.S. wants to end the war, it must clarify America’s security objectives to Putin. While the Biden Administration has supported Ukraine from the beginning with weapons and intelligence, the U.S. strategy is now unclear. American support is tempered by fears that if Ukraine is provided with the necessary firepower to defeat the Russian military, then the war could escalate or spill over, forcing NATO to intervene. Putin could also be toppled and replaced with someone more dangerous, or he could use nuclear weapons to deter Ukraine from making additional gains.

No one wants these scenarios to come to fruition. However, the U.S. must take a bolder stand and help Ukraine win the war by providing it with the weapons it needs to maintain momentum. To do so, the U.S. must take stock of Putin’s war aims and refine its strategy.

It will be incredibly difficult for Putin to go back on the offensive in 2023, so soon after his failures in 2022. Russia is not able to mobilize and train enough capable troops or even maintain a unified professional military command on the ground in Ukraine. Moreover, the reliance on Wagner mercenaries only highlights weaknesses in the Russian military and Putin’s inability to take responsibility for his miscalculations and blundering.

Since last summer, Ukraine made substantial gains in the northeast, recaptured Kherson in the south, and slowed Russian advances in Donbas. If Putin can hold Luhansk, Donetsk, and Zaporizhzhia, he believes he can gain international acceptance, and Ukraine will acquiesce and sue for peace.

Putin has shifted toward a new approach of wearing down Ukraine and the West. Putin prefers to create conditions on the ground in Ukraine where Zelenskyy asks him for a ceasefire. This will not happen, given the Ukrainian will to fight and survive. Ukraine is not going to accept a significant loss of its own territory and hand Putin a victory. Putin himself will not express an interest in peace talks because that will make him look weak.

If domestic American public support for U.S. security assistance to Ukraine erodes, then Putin will interpret this as American weakness and press for talks. So, Putin is betting that the longer the war lasts, the less of a strategic price Russia will have to pay.

Furthermore, central to Putin’s approach is continuing to strike at Ukrainian critical infrastructure with missile attacks and swarms of Iranian drones. Making Ukrainians suffer by targeting civilians and destroying heat, electricity, and water are now key to Putin’s scorched Earth strategy of forcing Ukraine to the negotiating table. To maintain its relentless daily attacks on Ukrainian infrastructure, Russia must continue to access Iran’s cache of drones and missiles.

But Ukraine is developing more effective air defenses. With weapons like the German Gepard system, Ukraine is shooting down more of missiles and drones. Consequently, Russia’s air assault against civilian targets will not alter the balance on the ground because the outcome of the war will be determined by which side gains and holds enough territory.

The momentum is with the Ukrainians. They will make it through the winter because Ukrainians are undeterred in the fight for independence and sovereignty. Moreover, the Ukrainian military is now better trained and equipped to defend themselves.

America’s Strategy in Ukraine and Why it Needs to Change

The Biden Administration stood up to Russia, held NATO and partner countries together, and provided Ukraine with generous security assistance. These moves helped prevent Russia from transforming Ukraine into a vassal state.

The U.S. has been reluctant to provide Ukraine with the weapons it needs to fight the largest war in Europe since World War II. Why? The current approach is premised on three fears. The first is about escalation and spillover if Ukraine were to attack more targets inside Russia. As Biden has lamented, “We’re trying to avoid World War III.”

But in the absence of better weapons and equipment, there is a greater likelihood of Putin himself widening the war. By supplying Ukraine with advanced weapons and additional training, the U.S. and NATO could deter Putin from launching a new military offensive using its ally Belarus. Ukraine needs ammunition and artillery, long-range guided missiles, training, fighter jets, and tanks. In addition to the altered High Mobility Artillery Rocket System (HIMARS), the U.S. should provide Ukraine with the Army Tactical Missile System, a surface-to-surface precision missile system.

And the U.S. is only now getting around to providing Ukraine with Bradley fighting vehicles and Patriot air defense batteries. If the U.S. quickened the pace and supplied Ukraine with advanced weapons, the Ukrainians could recapture territories under Russian occupation, including Crimea.

Yes, Biden reversed years of American inaction toward Russia. Handcuffed by the wars in Afghanistan and Iraq, the Bush Administration did very little in response to the Russian invasion of Georgia in 2008. The Obama Administration slapped limited sanctions on Russia and requested that NATO members increase military spending in response to the illegal Russian annexation of Crimea and intervention in Donbas. Trump cozied up to the Kremlin, sided with Putin against U.S. intelligence agencies on Russian interference in the 2016 presidential election, and withheld security assistance to Ukraine to pressure the Zelenskyy government into investigating his political rivals. Certainly, the inability of these presidents to confront Russia only emboldened Putin’s aggression against Ukraine.

America’s hesitation has been frustrating. The Biden Administration should be much more proactive because Ukrainian civilians are suffering and dying. America’s goal must be to end the war by helping Ukraine expel Russia. Central to that is quickening the pace of advanced weapons shipments to Ukraine sooner than later.

Second, the U.S. is worried about the destabilization of the Russian regime and Putin’s demise. If Putin is overthrown or perhaps killed, a more dangerous and unpredictable autocrat could take his place. Putin is dialed into domestic Russian political pressures. While he is sensitive to the anti-war opposition, he is very afraid of extremist far-right Russian ultranationalists pressuring him to launch more air and missile attacks against Ukrainian civilians. His partial mobilization was an attempt to co-opt them.

While Putin would do anything in his power to stop a coup, he could still be arrested or killed. Russian ultranationalists want more death and destruction in Ukraine and falsely blame NATO for the war. If Putin was toppled, he would likely be replaced by someone even more willing to widen the war and the human suffering. America’s worries about someone worse is not a realistic strategy, given the level of barbarity Putin has already unleashed on Ukrainian civilians.

Third, Putin playing the nuclear weapons card gives everyone pause. However, he will not use them on territory Putin already claims as part of Russia. Most important, Chinese President Xi Jinping has warned Russia and the U.S. threatened “catastrophic consequences,” implying that NATO could enter the war.

Putin could use tactical nuclear weapons in a desperate attempt to prevent Ukraine from recapturing Crimea. Given that China would likely split from Russia and the potential entry of the U.S. and NATO into the war, there is little to gain from using nuclear weapons.

Playing Not to Lose is a Losing Strategy for Ukraine and the U.S.

Russia is losing the war and Putin is in denial. Russia is at present unable to go on the strategic offensive and recapture a significant amount of Ukrainian territory. But in the absence of American military hardware, it will be very difficult for Ukraine to acquire the necessary capabilities to push the Russian military out of the country.

The Biden Administration must clarify its war aims in Ukraine. Biden’s current strategy rests on the premise of playing not to lose Ukraine when it should be playing to expel the Russian military from Ukraine. Biden’s desire not to escalate could prolong the war, sap Ukraine’s momentum, or even be seen by Putin as an opportunity to launch a military offensive from Belarus.

How Ukraine fares in 2023 will depend on the U.S. providing it with the weapons it needs to deter and defeat Russia. Otherwise, Putin will interpret this as American weakness and China could move against Taiwan. Biden must also hold congressional Democrats and Republicans together and keep NATO united. What happens in Ukraine is central to NATO credibility and the future of a Western order premised on territorial integrity and national sovereignty.

Chris J. Dolan is a Professor and Director of the M.S. Program in Intelligence and Security Studies at Lebanon Valley College and a Fulbright U.S. Scholar (North Macedonia; Kosovo). His book, NATO, the U.S., and Cold War 2.0: Evolution of the Transatlantic Alliance and Collective Defense will be published in 2023. Dolan writes national security articles at Just Security, and The Hill.

Dr. Chris J. Dolan is Professor of Political Science and Director of the Masters of Science Intelligence and Security Studies at Lebanon Valley College. He is currently a Fulbright U.S. Scholar (2021-2022) in hybrid war and security studies at the Max Van der Stoel Institute at South East European University in Tetovo, Republic of North Macedonia. His first Fulbright was at the University of Prishtina, Kosovo in 2019-2020. Dolan writes national security articles at Just Security, The Hill, and is the author of four books and more than thirty peer-reviewed articles.