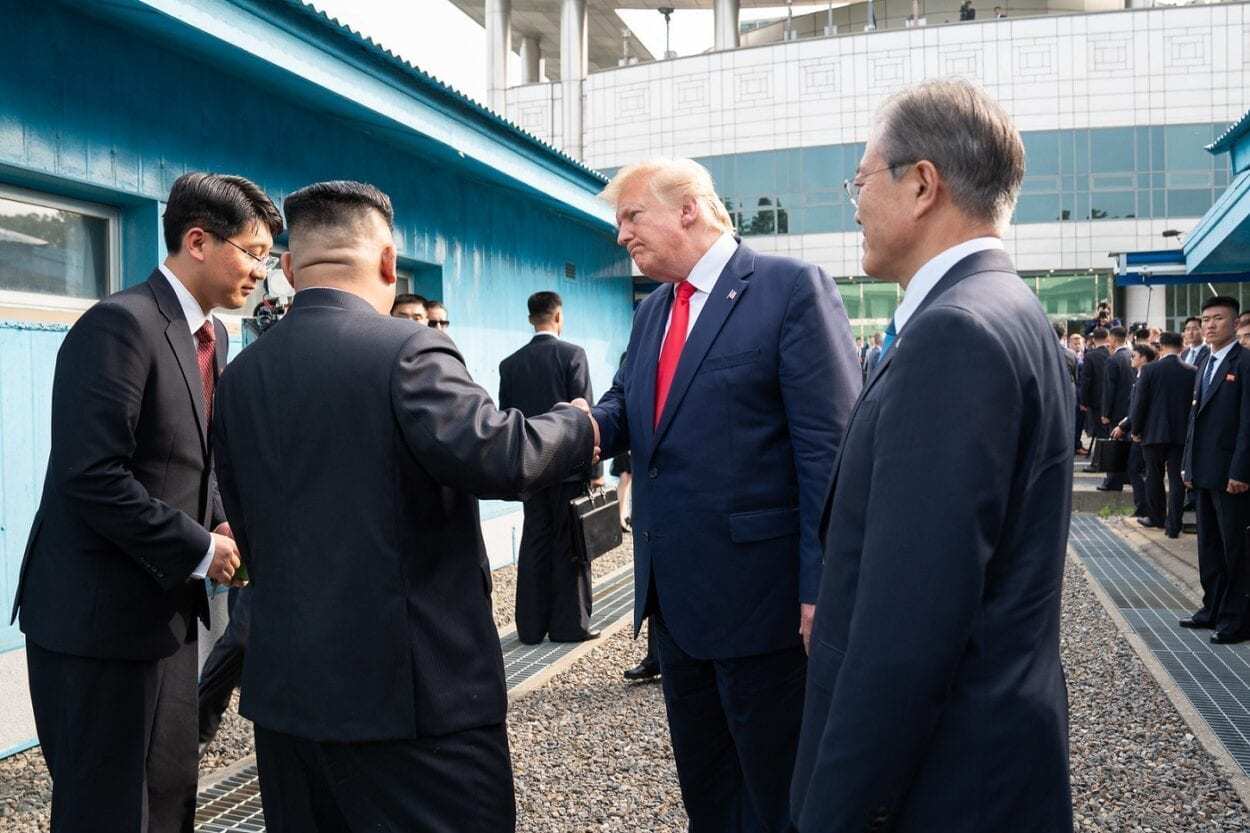 Over at the Express (UK), I did a short interview on what could happen if Donald Trump decided to cut U.S. forces in South Korea, something that has received a fair amount of media attention of late. It was pretty lengthy, and of course, no journalist uses everything you give them. Here is the full version:

How could the Trump Administration’s tactic to possibly reduce the American military presence in South Korea backfire for the US?

If the Trump Administration were to press Seoul too hard, the Moon Government may conclude that the alliance is no longer worth the constant negotiations as well as deferring to Washington when it comes to North Korea policy—something they aren’t keen on if you press them. The Moon Government would not quit the alliance but opt to have more robust engagement with Pyongyang and take control of its military in a time of war much quicker than Washington would like—something it does not have right now.

In short, the alliance could become hollowed out, and that would be a real shame, but would not be South Korea’s fault.

Could the options presented to the White House to reduce the military presence harm any possible hope for agreements with South Korea in terms of burden-sharing for 2020?

While I can’t say I know the options presented, South Korea could decide to act in a much more independent manner if troop withdrawals were conducted in the harmful way they were done with Germany—with no advance warning at all.

It is one thing to make a change in force structure, it’s another to surprise an ally like that you have fought and died with such an aggressive move. South Korea could then also decide not to negotiate as well, perhaps waiting for potential President Joe Biden to take office.

If the Trump Administration were to pull some forces out of South Korea, how could this affect South Korea’s relations with North Korea in terms of security and defence?

If done in a haphazard way, North Korea would surely smile, knowing the alliance has been damaged—a goal for them that is decades old. Pyongyang then could try to press Seoul, perhaps even testing more missiles or creating more provocations to see how damaged the alliance actually is.

Could the scaling down actually offer an opportunity to encourage North Korea to reduce its forces at a time when nuclear weapons discussions between Kim Jong-un and Donald Trump have come to a halt?

I have always believed that as part of a comprehensive settlement, U.S. troop withdrawals could be put on the table—if we left Europe in mass after the Cold War, we can leave the Korean Peninsula as well.

If North Korea were to greatly diminish its nuclear forces to just a handful of bombs or missiles and allow international inspections than there is a case to be made that U.S. forces could scale down dramatically. South Korean forces than could be adjusted with additional missile defenses to handle a decreased threat from the DPRK.

In all honesty, the 28,000 U.S. forces on the peninsula could never stop a full-throated North Korean invasion anyway, they are merely a tripwire, to ensure that if North Korea did attack, they know hundreds of thousands of U.S. soldiers are coming across the Pacific to end the Kim regime. If the threat is reduced, then that tripwire can be reduced as well.